Grace,* an indigenous woman from a small village in Guatemala, came to the United States seeking protection from beatings, sexual assault, and death threats. Grace made the long and treacherous journey from Central America, arriving at the border in June. She was deeply traumatized, having been raped, beaten, and threatened with death for more than two decades at the hands of her abusive partner, a non-indigenous man, who frequently disparaged and mocked her for being indigenous and unable to read and write.

After she tried to leave him, her abuser and his gang member sons continued to pursue and terrorize her. The local authorities could not or would not protect Grace from this unrelenting violence. In fact, at one point, they even helped her abuser forcibly evict her from her home.

Under our asylum laws, Grace has a strong claim to receive protection in the U.S. and — under rules established by Congress more than 20 years ago — she should have been given a fair chance to prove her case in court. Instead, she was swept up in the Trump administration’s attack on refugees, particularly women and children seeking safety from Central America. Her asylum claim was quickly denied, and she now faces deportation back to the all-too-real threat of death.

Today, Grace and a group of other asylum seekers, predominantly women and children from Central America, filed a major challenge to the Trump administration’s campaign to eviscerate our asylum laws. In June, Attorney General Jeff Sessions intervened in an individual asylum case, Matter of A-B, issuing a deeply flawed legal decision. While the issues actually presented by the case were narrow, Sessions took the opportunity to launch an assault against longstanding elements of U.S. asylum law, in particular, the standards by which claims like Grace’s are evaluated.

“Generally,” he asserted, “claims by aliens pertaining to domestic violence or gang violence perpetrated by non-governmental actors will not qualify for asylum.”

The administration then issued guidance instructing asylum officers to apply Sessions’ highly questionable decision to the “credible fear” process at the border. A “credible fear” interview is a threshold screening that determines whether there is a “significant possibility” that an immigrant could show they are eligible for asylum in a full hearing with evidence, witnesses, and appeals. If so, they get that chance; if not, they are quickly removed from the United States.

By applying these broad and unjustified changes to the credible fear process, the government is attempting to subvert decades of settled asylum law and setting up asylum seekers like Grace to fail their interviews. For example, gender-based persecution has been recognized as a basis for asylum for decades. However, Sessions has declared that the plight of domestic and gang violence survivors is “merely personal.”

This statement reflects a fundamental misunderstanding of domestic violence, harkening back to an era when rape and partner abuse were viewed as private matters as well as of the brutality and scope of gang violence. Yet it has long been clear that an asylum seeker fleeing persecution by someone who is not the government — like a gang, an intimate partner, or a powerful political or social group — is eligible for asylum if she can show that the government is “unable or unwilling” to protect her, meaning that the government will not provide effective protection. But Sessions now wants applicants to have to show that their government either “condoned” the violence or other harm or was “completely helpless” to stop it.

That is not the law and never has been. But the government has now directed asylum officers to fully implement those new, illegal rules to credible fear screenings — leading to unjustified deportations of vulnerable refugees like Grace. And the guidance to asylum officers goes even further, directing them to ignore any court rulings that are inconsistent with Sessions’ new decision. That direction conflicts with the Constitution’s separation of powers principles because, as the Supreme Court explained 200 years ago, it is the courts, not executive branch officials that must ultimately decide “what the law is.”

The plaintiffs filed suit in Washington, D.C., under a special process Congress set up to challenge illegal policies or procedures related to expedited removal and credible fear. Represented by the ACLU and the University of California’s Hastings Center for Gender and Refugee Studies, the plaintiffs claim the new rules in the credible fear system violate the Refugee Act of 1980, the Immigration and Nationality Act, the Administrative Procedures Act, the Due Process Clause, and the Constitution’s bedrock separation-of-powers principles.

When the Refugee Act of 1980 was passed, the Senate committee that approved the legislation observed that it reflects “one of the oldest themes in America’s history — welcoming homeless refugees to our shores.” Indeed, providing shelter, safety, and a new life to the victims of persecution has long been part of our national identity, even if not always an ideal we have lived up to.

The Trump administration's effort to eliminate that protection betrays our values and flouts our laws. The courts must step in to stop it.

A lot of people support Mr. Trumps attitude toward people trying to enter the U.S. of A. with or without asylum. Not me, I don't care how they come into this country just so long as my employer(s) do not require me to pick them up off the street corner and use them in my line of work anymore.

My last name is English which means my ansesters migrated thousands of miles. Depending on the state you live in(??), Some were Mexican before robbed. If you are good at math how far is Mexico? How far is country your family migrated from? Also you might want to read court rulings on Trump for review. (He lies enherritly evil people can charm) review his speeches, own words, and actual videos of him. Knolege is power! Stay stupid or open your mind!* It's America we should have that freedom.

The job of the US Attorney General is to uphold current laws, not to ignore them or argue against them without benefit of a court decision. Once again, Sessions and Trump are disregarding standing immigration law to advance their own beliefs and agenda. Thank you to the ACLU who will challenge the legality of this to protect our long-standing American values!

You could definitely make a strong case that Trump and Sessions do not uphold their vow to protect the Constitution against foreign invaders. I seem to see that as treason, to aid and abet the influence of Russian hackers with the distribution of those hacked documents. That's quid pro quo. It explains why Sessions couldn't remember while testifying before Congress, so many things about working with the Russians during Trump campaign operations.

If we don't close our borders like we did before 1965 (thank you Ted Kennedy) we will be hard pressed to assimilate those already here into what it means to be a United States Citizen. If you want this country to turn in to a 3rd world country that these "refugees" came from, keep on ignoring the laws designed to protect US.

Protestant Americans said precisely the same thing about my Catholic Irish and Italian immigrant ancestors. Yet somehow the nation survived. Stop being so easily scared.

So glad the ACLU has taken this step to help women escape from these untenable situations. Thank you for working so hard to protect all of us.

So you gp to street corners and pick up abused women, like Grace in this article, to use in your line of work? And what line of work would that be?

I did NOT pick up abused women! I picked up male day laborers called "journados" in Spanish to use in a construction related occupation.

Anyone who wants to come to America for economic reasons can just claim that their husband/wife/parent/child attacks them and you would just let them in. All they really want is a better job. 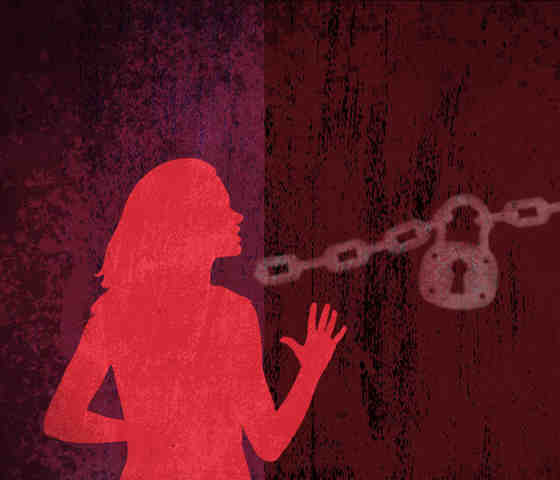 In Nicaragua, She Dodged Bullets. Now She's Stuck at the Border.