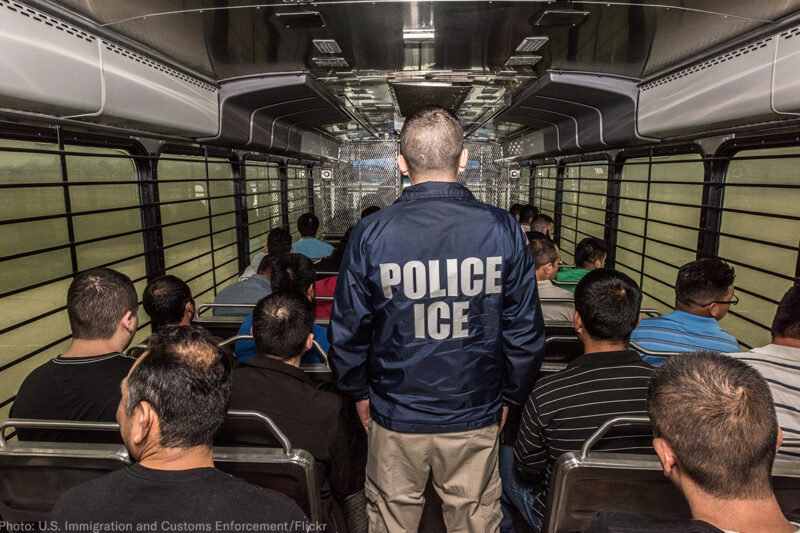 On July 2, the ACLU won a significant victory in our challenge to the Trump administration’s arbitrary and illegal incarceration of nearly 1,000 asylum seekers who came to the U.S. fleeing persecution, torture, or death in their countries of origin. A federal judge has found that the government’s practice of locking up asylum seekers while they await rulings in their cases violates the Department of Homeland Security’s own official policy, which instructs that asylum seekers be released on humanitarian parole if they meet a series of strict requirements.

All of our plaintiffs came to the U.S. seeking refuge. They presented themselves to immigration officers, passed screenings, and were found to have credible asylum claims. Then the government locked them up in immigration jails across the country. Immigration and Customs Enforcement subsequently denied their applications for “humanitarian parole,” or release from detention, despite each asylum seeker presenting evidence that they are not flight risks or dangers to the community.

This Opinion does no more than hold the Government accountable to its own policy, which recently has been honored more in the breach than the observance. Having extended the safeguards of the Parole Directive to asylum-seekers, ICE must now ensure that such protections are realized.

Our lawsuit names five ICE field offices that just five years ago were granting parole at rates of over 90 percent. Now the government’s own statistics show that these same field offices are denying parole at rates of over 90 percent, resulting in the mass detention of nearly a thousand asylum seekers across the country. The judge stated that the statistics were “irrefutable” and “troubling” evidence that detention in the five field offices “has become the default option.”

Federal agencies have the fundamental obligation to follow the rules they set forth for themselves. The court ordered ICE to give our class members a case-by-case review of their requests for release. Instead of just rejecting those requests out of hand, ICE must now follow its own policies and give each one a meaningful look.

It’s a potentially life-changing second chance for people like Ansly Damus, the lead plaintiff in our lawsuit. An ethics teacher from Haiti, Mr. Damus feared for his life after being brutally attacked and targeted by gangs after speaking out against corruption by a local official. He fled to the United States, where he presented himself to immigration officers and sought asylum.

An immigration judge has actually granted him asylum — not once, but twice — but the government appealed in both instances. He has not committed any crimes and has shown ICE that he had a safe place to live while his case gets resolved. Despite that, Mr. Damus has now been locked up in prison-like conditions for more than a year and a half.

The arbitrary and blanket imprisonment of people like Mr. Damus is just one facet of the Trump administration’s larger strategy of deterring people from seeking refuge in the United States. Other brutal tactics include separating thousands of children from parents who come to our borders fleeing violence, making plans to detain kids in tent cities, and zealously targeting parents for criminal prosecution over the misdemeanor offense of crossing the border between ports of entry. The president himself has taken to Twitter to attack the very principle of due process itself, saying that, “We cannot allow all of these people to invade our Country. When somebody comes in, we must immediately, with no Judges or Court Cases, bring them back from where they came.”

The president may very well believe that he can attack the constitutional rights of immigrants and criminalize asylum seekers in any manner he pleases, but he is mistaken. The courts will continue to hold him to account.

For as Judge Boasberg concluded, “To mandate that ICE provide these baseline procedures to those entering our country — individuals who have often fled violence and persecution to seek safety on our shores — is no great judicial leap.”