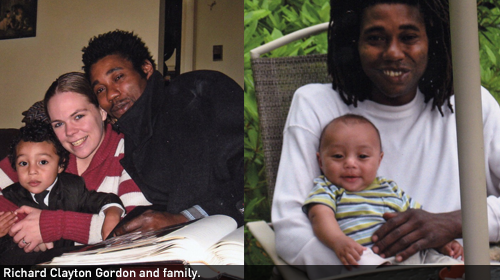 We have a broken immigration system. One of the worst features of that system is our draconian immigration prisons—and in particular, our system of mandatory immigration detention. On any given day, thousands of men and women are put in detention because our government is trying to deport them for a past crime. Often these people are longtime legal residents of our country who have rehabilitated themselves, raised families, and given back to their communities. But under the government’s overbroad interpretation of the mandatory detention regime, they stay locked up, no matter what, at huge expense to taxpayers, until their immigration case is decided.

Take the example of Clayton Richard Gordon. Gordon immigrated from Jamaica to the United States as a green card holder in 1982 when he was six years old, and he’s lived here ever since. The father of two U.S. citizens, Gordon joined the National Guard in 1994 and, two years later, began active duty in the United States Army (from which he was honorably discharged in 1999). In 2008, Gordon was arrested after police found cocaine in the home he shared with relatives; he was released from custody the same day. He pleaded guilty to possession with intent to sell, and served three years of probation. Gordon restarted his life. He and fiancée purchased their first home and had a son, now three years old. Gordon ran his own contracting business. Committed to giving back to his community, he was renovating a property in an economically depressed area into a transitional home for single mothers coming out of incarceration – a project that he himself started and that, without him, is on hold. On June 20, 2013, after Gordon said goodbye to his fiancée and son and left for work, he was suddenly surrounded and detained by armed immigration agents. Now, under the government’s interpretation of the law, he cannot even be considered for release on bond. He remains in mandatory lock-up in Franklin County Jail in Greenfield, Mass.

Friday and again today, the ACLU and its partners filed two class action lawsuits challenging the mandatory detention of people like Gordon in Massachusetts and Washington State. We’re arguing that the mandatory detention laws do not apply to people like Richard, and that they instead deserve the basic due process of a bond hearing where a judge can determine whether they need to be locked up or should be released.

Generally, U.S. immigration laws allow the authorities to detain individuals or release them on bond or conditions of supervision, such as an ankle monitor, while their deportation cases are being decided. Mandatory detention is a narrow exception to this rule for a narrow group of individuals: people who are convicted of certain crimes and who are taken into immigration custody as the time they are released from the criminal justice system for such a crime. But for years, the Department of Homeland Security has misapplied mandatory detention to individuals, like Richard who have been living in the community for years since their release without incident.

We’ve gone to court for Gordon and others in his situation because the government’s expansion of mandatory detention is not only illegal, but violates our basic sense of fairness. People who have served their time, turned their lives around, and are now supporting their families and contributing to their communities should not be separated from their families and condemned to mandatory lock-up. In America, everyone should get a chance to see a judge to determine if they need to be locked up before their freedom is taken away.

Gordon v. Napolitano is being brought by the ACLU of Massachusetts, ACLU Immigrants’ Rights Project, and the Political Asylum / Immigration Representation Project.