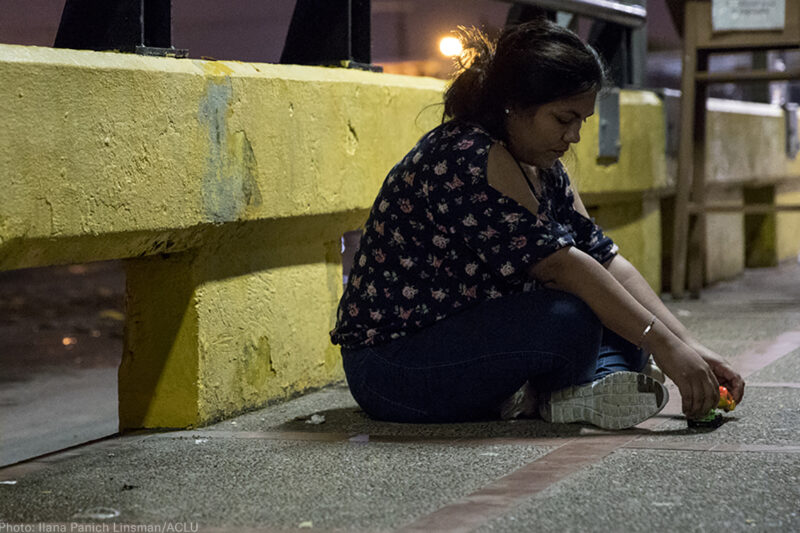 Last week, the Trump administration failed to satisfy a court order to reunify thousands of parents and children who were inhumanely separated at the U.S. border. In addition to the terrible and lasting trauma that the separations have already inflicted, the family reunification process has raised the specter of an additional set of civil liberties concerns: mass DNA collection and testing.

The government created chaos by taking children from their parents without thinking about how those families would later be reunified. The lack of recordkeeping and tracking has made it difficult to pair children with their parents. Our priority right now is to make sure these families are reunified as quickly as possible. But this goal can be achieved while respecting the civil liberties of these families.

Mandatory DNA testing by the government raises significant issues of privacy and bodily intrusion, which is why the ACLU has argued that its use in the family reunification process should only be as a last resort and with stringent safeguards attached.

The government had proposed doing DNA tests as a matter of routine on separated parents and children before reuniting family members. The ACLU position is that parents should not be required to submit to DNA testing to get back the children that were unlawfully taken from them unless there really is no other way of verifying parentage. The court agreed with us and ordered the use of DNA testing “only when necessary to verify a legitimate, good-faith concern about parentage or to meet a reunification deadline.”

DNA testing is extraordinarily invasive. It reveals information about our genetic makeup, including details about our ancestry, biological relationships, genetic diseases, and health. It can reveal this deeply sensitive information not only about ourselves but about our relatives — including those who haven’t been born yet.

This deeply private information is also immutable, meaning that individuals cannot change it. Once someone’s DNA information is in a government or corporate databank, there is always the risk that it will be hacked or used for other purposes, with no ability for individuals to protect their privacy or guard against identity theft once they no longer have control over their DNA information. These concerns have been raised in the context of law enforcement collecting DNA samples from people in a coercive setting.

Moreover, not all parental relationships are biological ones. A negative DNA match should not be taken as conclusive proof that no parent-child relationship exists.

At our request, the court imposed some simple requirements on the government where it engages in DNA collection and testing:

These families have already undergone the heartbreaking pain of separation. The safeguards we are advocating for are the minimum necessary to ensure that we don’t compound the families’ hardships by violating their privacy rights.