Separated Families, Death, and Despair — All at the Hands of CBP. We Need Action, Now. 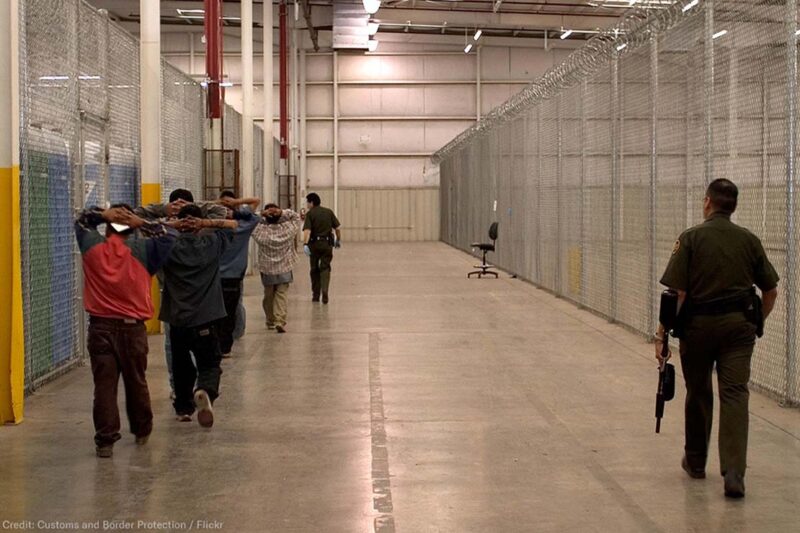 This blog is the fourth in a series outlining a reimagined, just, and humane immigration system for the United States.

Customs and Border Protection (CBP) is at the heart of some of the greatest moral horrors of the last four years, personified in stories that we cannot forget: the children breathlessly crying for their parents after being separated at the border; the children sleeping in the dirt in open air cages and people trapped in cells so overcrowded that they pressed their palms against the windows in a desperate plea for help; and the little girl with her arm around her father’s neck, desperately holding on as they both drowned while attempting to cross the Rio Grande river.

As President-elect Biden enters office, he faces a stark imperative: These abuses must never happen again. It will take bold action in a climate where border fear-mongering has too often excused cruelty and met abuse with impunity.

As President-elect Biden contemplates how to resource the Department of Homeland Security’s handling of the pandemic, it should focus on significantly cutting the budget of CBP. It is the largest federal law enforcement agency in the country and the largest law enforcement air force in the world, with a budget of more than $17.1 billion for both the Border Patrol and operations at ports of entry. Despite its already enormous size, in 2019 DHS claimed that 40 percent of CBP’s resources were being absorbed by an “unprecedented surge” in the number of families fleeing Central American countries, leaving the agency “[unable] to manage its other border security missions.” Simultaneously, it was illegally siphoning funds from other parts of the government to build Trump’s border wall. As the Trump administration’s fiscal ineptitude and cruelty has demonstrated, funding is not the issue when it comes to CBP. CBP simply must not have responsibilities that it’s proven incapable of handling.

CBP should have no role in detaining people beyond a brief period for processing — including asylum seeking parents and kids. In the past two years, at least seven children died in CBP custody or shortly after being released, many after receiving delayed medical care or being denied care altogether. At Border Patrol stations, kids have gone “days, sometimes weeks, in facilities without enough food or toothbrushes.” In Texas, Border Patrol agents reportedly “took away the children’s blankets and mats,” forcing them to sleep on the cement floor as “punishment.”

It’s not exclusively kids. Border Patrol stations don’t have bedding, showers, or staff trained to interact with or assist traumatized people. The ACLU and its partners have documented freezing temperatures and filthy cells where people are held virtually incommunicado for days. Border Patrol agents subject pregnant people to physical mistreatment, verbal abuse, and severe delays in medical care (if it is provided at all). In February 2020, a woman in Border Patrol custody was forced to give birth to her baby while standing up, holding on to the side of a trash can in a Border Patrol station near San Diego.

Yet in 2019, CBP unlawfully spent emergency funds Congress allocated for the care of adults and children on dirt bikes and dog food — instead of medical care, food, and sanitary conditions. As the Biden transition team contemplates a new model for receiving asylum seekers, it should develop alternatives to detaining them. The incoming administration cannot forget what this recent history shows: CBP simply cannot be trusted with detention.

CBP should also be removed from the asylum process, where life or death is often at stake. CBP personnel confiscate crucial (often irreplaceable) personal documents from people seeking asylum and have lied on government forms. Implementing the Trump administration’s disastrous forced Return to Mexico policy, Border Patrol agents sent asylum seekers back to Mexico with fake future court dates, even writing “Facebook” in place of peoples’ actual addresses. The Trump administration replaced trained asylum officers with CBP agents to conduct credible fear interviews — a crucial step in the asylum process. That’s akin to having an arresting police officer also sit as the judge.

CBP should also never make decisions about how and when to separate families arriving at our border. Families belong together, and that presumption should never be challenged by a law enforcement agency that is notorious for human rights abuses.

We also need reforms that address CBP’s culture of impunity for abuse — including the death of people at the hands of CBP. Since January 2010, at least 117 people — including some U.S. citizens — have died following encounters with CBP. On May 23, 2018, 20-year-old Claudia Patricia Gómez González was shot in the head by a Border Patrol agent shortly after she crossed into the United States. CBP only admitted the facts of this killing after the release of a bystander video. Agents almost never face consequences for their actions and some deaths go unreported altogether.

We need stronger standards to limit CBP’s use of deadly force. CBP officers should be required to keep their badges visible at all times and wear body cameras (with appropriate privacy protections in place). We need a complaint mechanism that’s accessible online, and a uniform process for review and investigation of abuses.

President-elect Biden has pledged to ensure that CBP personnel are held accountable for inhumane treatment. Accountability will require more than the appointment of new leadership. It will require a reckoning with and recalculation of CBP’s role.