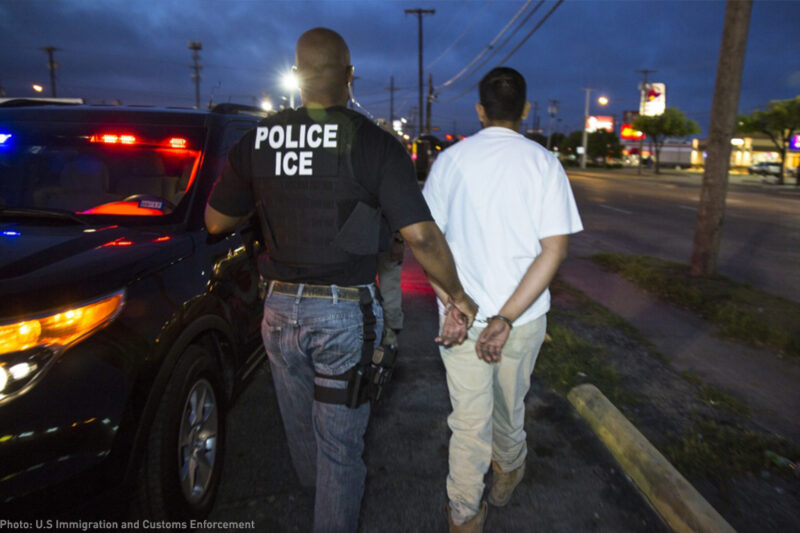 In 1798, the Federalist Congress passed a xenophobic Alien Act authorizing the president discretion to deport noncitizens he deemed dangerous because they might be allied with our quasi-enemy, France. The companion Sedition Act empowered the federal government to prosecute publishers and journalists if they published what Federalist prosecutors regarded as fake news — Republican criticism of Federalist policies. In response, the states of Virginia and Kentucky adopted resolutions, secretly drafted by James Madison and Thomas Jefferson, respectively, denouncing those acts as monstrous and unconstitutional.

Constitutional law has developed since then to clarify the boundaries of national authority and local autonomy. States cannot, despite Jefferson’s antifederalist wishes, declare a federal law to be unconstitutional and void. That job is assigned to the courts as part of the Constitution’s scheme of horizontal checks and balances among the president, the Congress, and the judiciary.

The April 25 federal court order restraining the federal government from punishing “sanctuary jurisdictions” for declining to help enforce federal immigration policy has been justly hailed as an example of the judiciary’s role in enforcing the Constitution. But it also shows that the Constitution’s vertical checks and balances — federalism — play a critical role both in protecting local autonomy and in containing federal overreach.

Constitutional federalism has two components. On the one hand, the Supremacy Clause requires state and local jurisdictions to allow federal officials to do their jobs — whether their job is enforcing desegregation or implementing federal immigration policy. But the 10th Amendment, on the other hand, gives state and local governments the right to refuse to help enforce federal regulatory programs against their own residents.

Application of these neutral principles does not always lead to ideologically consistent results.

Montana Sheriff Jay Printz did not want to help enforce the 1993 Brady Handgun Violence Prevention Act, which told local officials to cooperate by conducting background checks on prospective handgun purchasers until a federal system was developed. The Supreme Court ruled in 1997 that Sheriff Printz had his own job to do, defined and paid for by the people in his jurisdiction, and so he could not be commandeered to help implement federal gun control law. Full enforcement of the Brady Act had to wait.

In the fall of 2001, the FBI sent local law enforcement officials a list of some 5,000 Arab and Muslim men the FBI wanted to interview about terrorism, along with a list of questions to be asked. Most local officials agreed to cooperate by conducting the interviews; others, like Detroit Police Chief Charles Wilson, did not. Wilson had his own job to do and believed his local agency’s participation in the FBI interviews would interfere with his mission to serve his community, which included a large Arab American and American Muslim population.

The principle from the Printz case applied there, too: Coercing Detroit law enforcement officials to assist the FBI would violate the 10th Amendment. Thus, federalism served as a check on the FBI’s interrogation power, even where litigation about constitutional rights did not — by limiting federal manpower to agents paid by the federal government, plus local volunteers.

Federalism plays a critical role both in protecting local autonomy and in containing federal overreach.

Today, the same principles apply to the Trump administration’s radical deportation program. The White House is pressuring state and local governments to “cooperate” by helping to apprehend people who might be deportable and by detaining people on behalf of the federal government — adding enormous manpower to the federal deportation mill on the cheap, without getting Congress to approve an increase in the budget for immigration enforcement.

The pressure also comes with a threat attached. If local jurisdictions don’t cooperate, according to Attorney General Jeff Sessions, the federal government will yank portions of their federal funding. Ruling on a challenge by Santa Clara and San Francisco, the federal court in Northern California rightly found the Trump administration’s threat unconstitutional. State and local jurisdictions have no legal obligation under existing statutes to assist deportation efforts in either of these ways — and have a right under the 10th Amendment to refuse to do so.

Attorney General Sessions’s demands are not backed by statutory authorization. Congress has not commanded state and local officials to submit to ICE detainers — requests that local jail officials continue to detain people for up to 48 hours or even longer after they are entitled to be released. The detainers are only requests. And even if Congress wanted to adopt a policy making compliance with detainers mandatory, such a requirement would violate more than the 10th Amendment. A number of courts around the country have ruled that arrests based on immigration detainers violate the Fourth Amendment’s ban on unreasonable seizures.

Similarly, Congress has not decided to impose immigration-related conditions on federal funds, despite Attorney General Sessions’ threats. And any such congressional limits would then have to be measured against the 10th Amendment.

But even beyond what is constitutionally permissible, pressuring localities to prioritize deportation of valued members of their communities is a terrible idea.

Like California, New York City and many other localities have concluded that their law enforcement agents cannot effectively do their own job of keeping the peace if they are simultaneously trying to enforce federal immigration law. Immigrants fearful of being deported will be afraid to engage with officers by reporting crimes committed against themselves or others, agreeing to serve as witnesses, going to a court or hospital, or taking their children to school. That is the kind of local autonomy the 10th Amendment respects.

Conversely, the urgency of the federal deportation campaign has been greatly exaggerated. New York City is not plagued with crime caused by immigrants. In fact, New York reports that it is the safest big city in the country, with crime at record lows largely because city policies encourage cooperation between the NYPD and immigrant communities. And according to studies, immigrants commit fewer crimes on the average than nonimmigrants.

It may seem ironic that it is the concept of states’ rights that gives California and other states, cities, and counties the power to resist federal attempts to conscript their employees into President Trump’s deportation machine. After all, half a century ago “states’ rights” was the rallying cry for segregationists defending discriminatory laws and practices the ACLU was challenging.

But it is true today, as it was then, that the Supremacy Clause prohibits states from interfering with federal enforcement of locally unpopular laws — whether civil rights laws or immigration laws — if those laws are constitutional. And it is as true today, as it was in 1798, that state and local dissent can help to temper federal overreaching.

The Virginia and Kentucky Resolutions turned out to be part of a continuing national dialogue that led to the demise of the Sedition Act, even though Federalist judges consistently ruled that the law was constitutional.

The resistance of federalism can help to keep us in balance, just as Madison and Jefferson intended.