Trump is Taking More Money for Raids and Detention. Congress Should Stop Him. 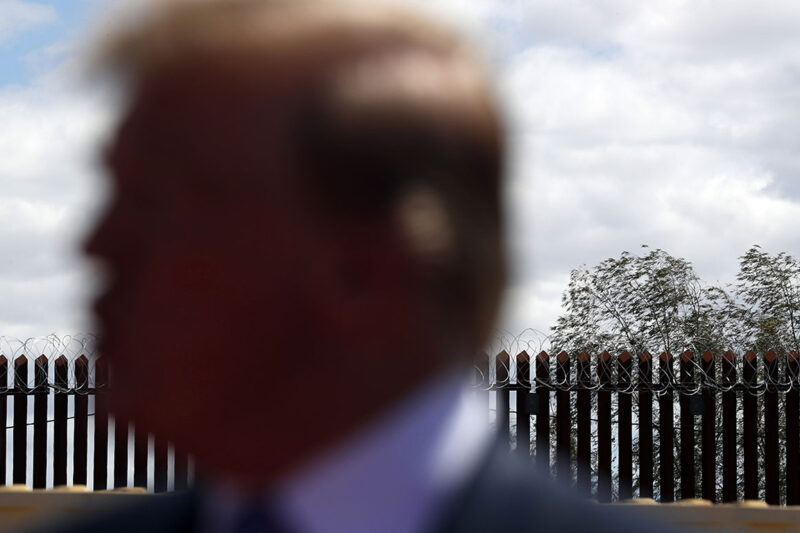 08/27/19 Update: Congress made public today a document outlining the Department of Homeland Security’s plan to take nearly $280 million in funds meant for FEMA, the U.S. Coast Guard, and the TSA, among other critical priorities. Over $115 million of these funds will go towards President Trump’s growing detention and deportations of immigrants, with the rest being used for sham border courts to support Trump’s new policy of returning asylum seekers to Mexico.

The budget for Trump’s turbo-charged immigration enforcement and border militarization is now larger than ever. And just last week, we learned that ICE plans to redirect even more money to further expand immigration detention and enforcement. The plan is currently being reviewed by congressional appropriators. This comes on the heels of the Mississippi ICE raid — the largest single-state raid in history. Children were separated from their families on the first day of school and nearly 700 people were detained by ICE.

Worse still, Senate Appropriations Committee Chairman Richard C. Shelby (R-AL) has signaled a plan to use $5 billion in funding meant for healthcare and education to pay for Trump’s border wall. Congress has already given Trump more than $3 billion for his harmful, wasteful, and unnecessary wall.

Over the last two years, the U.S. Department of Homeland Security and its sub-agencies, Immigration Customs and Enforcement and Customs and Border Protection, have exploited the budget process to sharply increase their funds. But Congress has the power to put a stop to it — and curb, rather than fuel, Trump’s anti-immigrant agenda.

The Constitution gives Congress the “power of the purse” — the ability to set the budgets of federal agencies. The power to allocate money can limit and direct how the executive branch acts. In other words, Congress’s power to appropriate money acts as a necessary check on President Trump’s ability to carry out his xenophobic policies.

Under the Trump administration, however, DHS is repeatedly ignoring Congress’s budgetary authority. ICE and CBP are now regularly and boldly using funds from other parts of the federal government. Last year, ICE raided nearly $10 million from FEMA during hurricane season to expand the detention of immigrants. Trump even declared a national emergency to build his border wall. By stealthily increasing their budgets beyond what Congress has approved, DHS is completely disregarding congressional authority and reducing funding for critical programs.

As we approach the end of this fiscal year (on September 30th), Congress is unlikely to agree on how to fund the government for the Fiscal Year 2020 (which begins on October 1st). To avoid a shutdown, Members will likely settle on temporarily keeping all agencies operating at the same funding levels from the previous year. This is known as a “continuing resolution.”

However, we expect DHS to keep exploiting budget loopholes to get more funding than it received the previous fiscal year. In fact, the agency has been consistently manipulating the budget process — and will continue to do so unless Congress explicitly puts a stop to it.

Congress gave ICE funding to detain an unprecedented number of immigrants this fiscal year, but directed it to ramp down detention to a yearly average of 45,274 people. Congress explicitly told ICE that it must decrease its detention of immigrants to no more than 40,520 people by the end of the year. Yet with just six weeks to go, ICE is jailing more than 55,000 people daily. The Trump administration has not only expanded the immigration detention system by more than 60 percent over its first two years, but it‌ ‌has also ignored the checks and balances at the foundation of our nation’s democracy.

So what should Congress do? Any continuing resolution must include guardrails to keep DHS in check. And in the DHS funding bill, Congress must restrict the agency’s ability to manipulate the budget process by explicitly limiting ICE and CBP’s authority to continually overspend. Members of Congress must also be transparent about how and from where DHS is raiding money. Will ICE once again be taking funds from FEMA during this hurricane season? The public has a right to know.

Congress continues to reward the Trump administration and DHS for refusing to follow the Constitution’s edict of checks and balances. An agency that cannot be trusted to maintain its spending within the bounds set by Congress, that consistently disregards congressional authority, and continues to inflict pain and suffering in our communities should not be rewarded. Congress has had numerous chances to meaningfully restrict DHS’ funding and has refused to do so. We need to demand they cut funding for ICE and CBP.