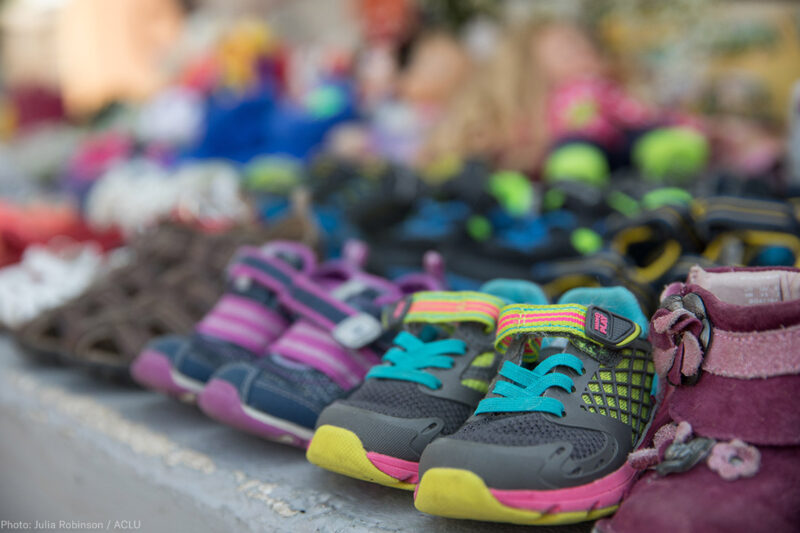 Last Thursday, two federal agencies announced new regulations concerning the detention of immigrant children. They are nothing less than a roadmap for keeping children and families locked up indefinitely.

The proposed regulations have a very clear goal, which is to terminate a longstanding federal consent decree — known as the Flores Settlement Agreement — that sets nationwide standards concerning “the detention, release, and treatment of minors” in immigration custody. The 1997 agreement arose out of litigation challenging the government’s practice of detaining children for lengthy periods of time in inhumane conditions.

The American Academy of Pediatrics and numerous child-welfare experts have warned that jailing children and parents can severely damage their physical and mental health, often irreversibly. For decades, Flores has stood as a critical check against government efforts to needlessly jail children and families and prevented abuse of children in custody.

The government has often chafed under these legal obligations, but Flores has now come under direct assault by the Trump administration. The White House is characterizing Flores’ protections as a “loophole” and has even falsely claimed that the agreement justified its brutal family separation policy. Its allies in Congress have introduced several bills seeking to eliminate Flores protections and echoed the Trump administration’s anti-Flores rhetoric.

This is a smokescreen: Flores did not require this administration to tear children from their parents, as the federal judge overseeing the agreement has already ruled. Rather, family separation is part and parcel of the Trump administration’s efforts to deter asylum seekers from coming to the United States and its unceasing attacks on immigrant communities.

Gutting Flores protections is the next step in that effort.

After these proposed regulations go into effect, the government intends to declare itself in compliance with Flores and will ask the federal judge who oversees the agreement to terminate it. Freed of the Flores agreement, under these regulations, the government will then detain more vulnerable children and families for longer, with less oversight, and frequently in worse conditions.

Here’s how that would work. The government currently operates several “family residential centers” — doublespeak for family jails — where they hold parents who came to the United States with their children, including infants and toddlers.

Flores restricts the government’s ability to hold children in family jails for prolonged periods. After a set deadline expires, the government either has to release children to parents or sponsors in the community or transfer them to a “licensed facility,” meaning a facility licensed by a state child welfare agency for housing kids. The government has tried to obtain state child welfare licenses for their family jails, so that families can be held for longer. But it has had serious trouble securing or maintaining these licenses — and for good reason. Over the years, advocates and detainees have reported numerous incidents of inhumane conditions in family detention centers, including allegations of sexual assault by guards and inadequate access to child care, medical and mental health care, and legal assistance. The government’s own medical consultants have openly criticized the government’s current and proposed expansion of family detention, concluding that “there is no amount of programming that can ameliorate the harms created by the very act of confining children to detention centers.”

Instead of addressing these serious problems, the regulation would simply sweep aside the state licensing requirements. They would instead allow the Department of Homeland Security to operate these detention centers under standards that DHS sets for itself — not state standards — and would allow compliance to be determined by auditors hired by DHS itself — not state agencies. In other words, DHS would pay someone to say that its family jails meet its own requirements. The process is especially problematic given DHS’ track record of operating jails rife with abuse that it regularly fails to inspect or monitor.

Under the regulations, the government would also institute an obviously flawed process for reviewing the custody of unaccompanied children. Every year, the Office of Refugee Resettlement (ORR) holds tens of thousands of “unaccompanied children”— immigrant children apprehended without their parents — in facilities throughout the country. Flores, along with a federal statute designed to prevent child trafficking, has a strong presumption in favor of releasing unaccompanied children from government custody into placements with family members or in the community.

Despite these mandates, ORR currently puts numerous roadblocks in the way of releasing unaccompanied kids. The ACLU has repeatedly sued over ORR’s detention practices, such as its unlawful custody of juveniles based on unfounded accusations of gang affiliation, and the unnecessary requirement that ORR’s director — who has no expertise or experience in child welfare or social work — personally sign off on the release of certain children.

Others have challenged ORR’s procedures for putting kids in secure facilities without notice as well as its one-sided and process-free methods for determining the fitness of family members who are trying to claim custody of their children. These practices can result in keeping unaccompanied children in custody for months or even years.

Currently, Flores affords every child in government confinement the right to a custody hearing before an immigration judge — an important counterweight to ORR’s deeply problematic detention practices. The government’s proposed regulations would eliminate this right, replacing it with an administrative hearing process where ORR’s own officers will determine whether a given child presents a flight risk or danger — and giving ORR enormous leeway to deny release to children even if they manage to win those slanted hearings. They would also provide no recourse for family members who ORR deems to be “unfit” to care for their children. Again, this would allow the government to detain more children, in harsher conditions, for longer, and shield even more of the detention apparatus from meaningful oversight.

The ACLU is gearing up to lodge our objections to these regulations and to resist the government’s effort to expand its ability to detain kids. Despite international condemnation, public outrage, and a rebuke from the federal courts over its family separation policy, the Trump administration continues to double down on its efforts to attack immigrant children.