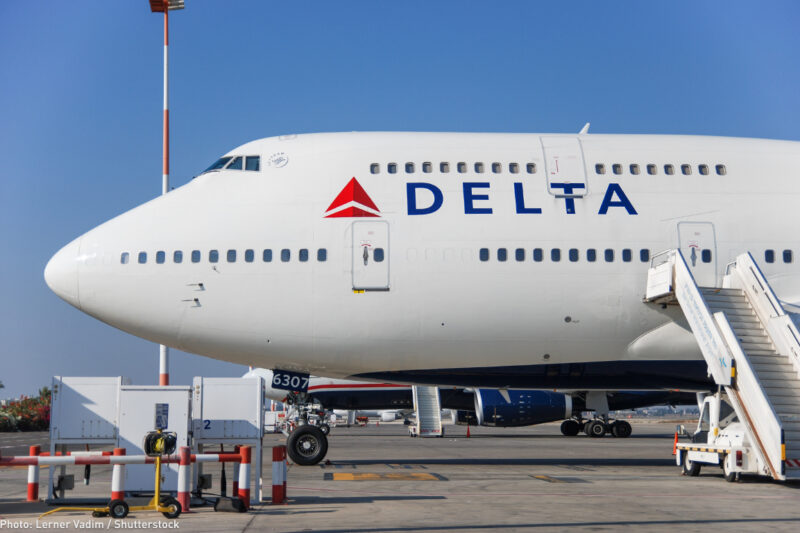 Speaking over the intercom, a flight attendant announced that everyone would have to show their documents in order to get off the plane. After passengers expressed their consternation, the flight attendant repeated her announcement, stating that officers would be meeting the plane and every passenger would have to show government-issued ID to deplane.

The announcement immediately unsettled Kelley Amadei, who was traveling with her wife and 7-year-old son. Kelley flies frequently for work, both internationally and domestically, and she knew this did not feel right. Around her, other passengers wondered aloud how the government had the authority to prevent them from leaving the plane and requiring them to show identification again.

The answer is that the government does not have this authority.

The Fourth Amendment to the U.S. Constitution requires government agents to have individualized suspicion to conduct even a brief investigatory stop. Despite this, two Customs and Border Protection agents met Flight 1583 and stood immediately outside the aircraft door, blocking the exit into the jetway. The officers wore uniforms emblazoned with the words, “POLICE/CUSTOMS AND BORDER PROTECTION,” and carried guns visible in their holsters.

Passengers were forced to queue up inside the plane, and the line moved slowly. One plaintiff, Professor Corey Fields, was seated toward the back of the plane and recalls that it took an exceedingly long time to deplane — so long that he grew increasingly worried he would miss his connecting flight and the meeting he was to attend the next day.

When Kelley Amadei and her son finally reached the exit, Kelley handed her identification to the CBP agent. He closely examined it, front and back, and then looked pointedly back and forth between her and her 7-year-old son, who has noticeably darker skin than Kelley. The CBP agent said nothing, but his cold gaze added to the already coercive atmosphere. Frightened and angry, Kelley broke the silence and said, “He’s 7 years old. He doesn’t carry an ID.”

With that, the officers waved her on. Her son was visibly upset and asked Kelley whether their family was in trouble and had done something wrong. As Kelley reassured him that they were not in trouble, she was in fact shaken. She was so upset by what the agents had done that she decided to go back to the gate to get some answers. However, when she asked the officers for the reason for the search, they dismissively ordered her off with “don’t worry about it.”

Outraged by how CBP had detained them, Kelley and several other passengers snapped photos of the agents from the jetway and posted them on social media to sound the alarm. In response to press inquiries, CBP characterized the agents’ actions as “routine” and consistent with agency policy.

That blithe insistence on the power to detain was a rallying call for Kelley, her eight fellow plaintiffs, and for attorneys at the ACLU and Covington & Burling, LLP, who are taking legal action to stop CBP from seizing or searching domestic airline passengers deplaning without any individualized legal basis.

Our lawsuit charges CBP and ICE with violating the Fourth Amendment rights of the passengers of Delta 1538, and it asks the court to permanently block the government from conducting such seizures and searches pursuant to its asserted policy. Our clients are standing up for civil liberties and setting a precedent so that these totalitarian police tactics do not continue and leave us all vulnerable.