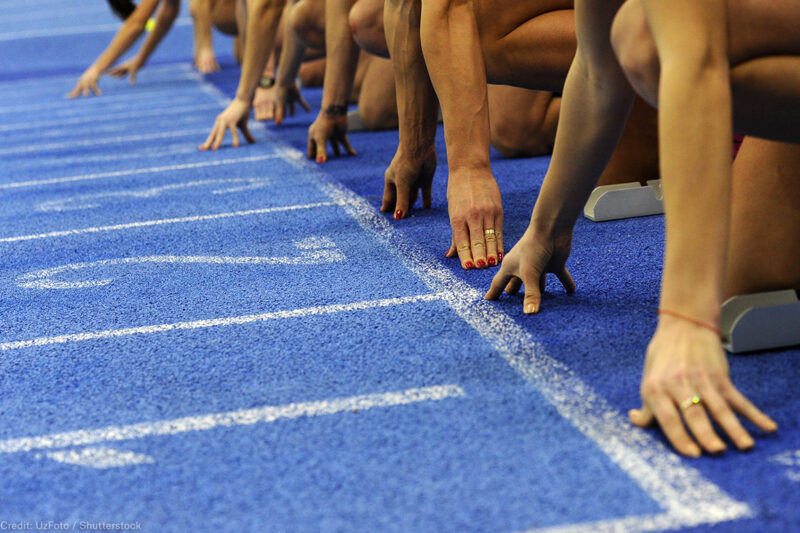 Andraya Yearwood, a junior at Cromwell High School in Connecticut, recently finished second in the 55-meter dash at the state open indoor track championships. But instead of well-deserved accolades from her community, she now finds her achievements being publicly challenged — simply because she is transgender.

There is a long legacy of sex discrimination in athletics. Myths, such as the idea that physical exertion would harm women’s reproductive systems or that women were inherently inferior athletes, were historically used to “protect” women out of participation in entire fields, including marathon racing and contact sports, despite ample evidence that girls can compete and win against boys. The enactment of Title IX, the federal statute banning sex discrimination in school programs and activities receiving federal funds, was intended to end such discrimination, and it has indeed resulted in a dramatic increase in girls’ participation in sports. But girls — and particularly girls of color — still face stark inequalities in opportunities, funding, and resources.

The marginalization of trans student athletes is rooted in the same harmful history of gender discrimination and stereotyping that has impeded the achievement of gender equality in sports as a whole. Old stereotypes regarding athleticism, biology, and gender are being directed at transgender girls, who are frequently told outright that they are not girls (and conversely transgender boys are told they are not really boys). This policing of gender has been used to justify subjecting transgender student athletes to numerous additional barriers to participating in sports, from onerous medical requirements to segregation in locker rooms to outright bans on their participation.

The truth is, transgender women and girls have been competing in sports at all levels for years, and there is no research supporting the claim that they maintain a competitive advantage. As Yearwood rightfully pointed out, all athletes, cis and trans, compete with different advantages, but only some are questioned:

“One high jumper could be taller and have longer legs than another, but the other could have perfect form, and then do better. One sprinter could have parents who spend so much money on personal training for their child, which in turn, would cause that child to run faster.”

When girls are pushed out of sports, they miss out on the community building, leadership skills, and all of the other benefits that being part of a team can offer. This is particularly harmful for transgender students, who face detrimental effects on their physical and emotional wellbeing when they are pushed out of affirming spaces and communities.

These stereotypes are also being invoked in the arena of professional sports, where so-called “gender testing” has been used to police the bodies of women of color and intersex women. The International Association of Athletic Federations has targeted athletes like Dutee Chand and Caster Semenya for testosterone testing based on arbitrary limits. IAAF’s new set of proposed regulations, which Semenya is challenging, would require female athletes with hyperandrogenism to undergo unnecessary medical treatment to suppress their hormones in order to compete.

Cisgender women should be concerned whenever an alleged concern for “protecting” our wellbeing is invoked to justify exclusion. We’ve seen these arguments play out with the harmful and debunked “bathroom predator” myth, where false concerns for cis girls and sexual harassment have been used to promote legislation banning transgender people from public restrooms. Most recently, we’ve seen it harnessed by legislators like those in South Dakota who have capitalized on recent transphobic comments to push for bills like SB 1225, which would have banned all trans youth from playing sports in school consistent with their gender identity.

One thing is clear: The politicians who introduce these anti-trans bills are not concerned with the integrity of girls’ athletics, any more than proponents of bathroom bans are concerned about preventing gender-based violence. We must see these efforts for what they are: fear mongering intended to push transgender and nonbinary people out of public spaces.

When misinformation about biology and gender is used to bar transgender girls from sports in schools receiving federal funds, it amounts to the same form of sex discrimination that has long been prohibited under Title IX. Schools should look for ways to support all girls who want to participate in athletics, rather than attempt to police gender on the basis of impermissible sex stereotypes.