I Was Arrested Just for Being Who I Am 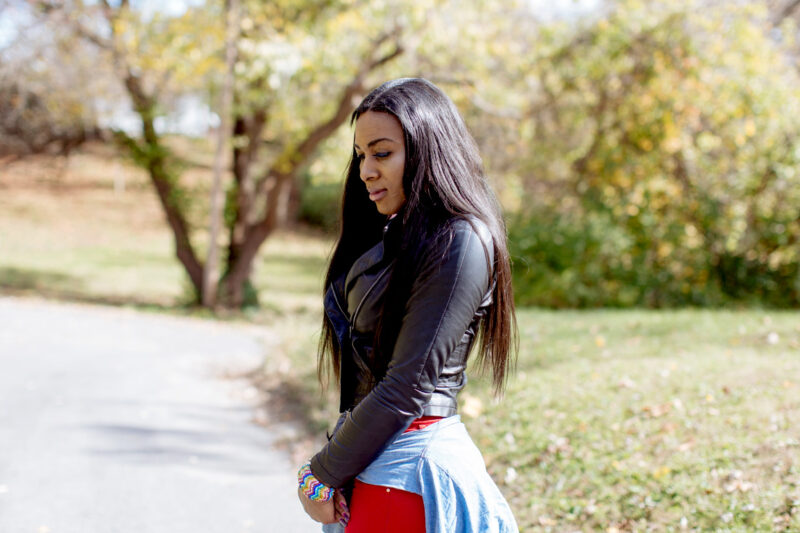 Update as of June 28, 2016: Meagan’s complaint has been settled to the satisfaction of the parties.

In July, I went to a hotel in Des Moines, Iowa. I was with a friend, who is a Black transgender woman like me. We were in a hard place because we were traveling to the funeral of her brother. We were driving from Kansas City, Missouri, up to Des Moines to meet up with a friend before all going to the funeral together. I booked us a room at the Drury Inn in West Des Moines because I am a regular Drury customer and have a special Gold Key account there, so I get points each time I stay. We also wanted a place to stay that was close to the mall, so my friend could pick up some last minute things she needed for the funeral.

During check-in, my friend and I had a weird feeling. The woman at the front desk was giving us a hard time because my Illinois identification listed my old name and had an “M” identifying me as “male.” I haven’t had the money to obtain a legal name change and update my identification documents with my correct name and gender.

In the middle of checking us in, the clerk went and talked to the manager for several minutes. Then the manager came out from the back and was immediately hostile. She made it obvious that she did not want us staying there. The manager’s face actually showed a look of disgust. Neither the clerk nor the manager would make eye contact with us, and they kept whispering to each other in our presence like we weren’t even there.

My friend said, “I don’t think we should stay here. The manager is giving me a bad vibe. They might be racist or against transgender people.” But we were already there and our luggage was there. I figured that was the worst of it. I was wrong. 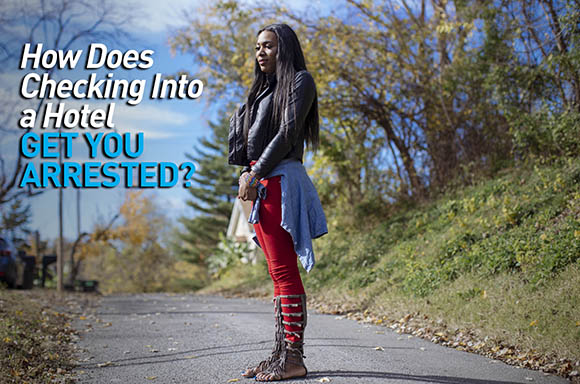 The next morning, the police came to us before we could start our day. I was nervous because they were beating at the door and were not wearing police uniforms. The officers were immediately rude and scary. My friend started to cry, and then I started to cry.

At that point we found out that the employees at the Drury Inn called the police because they were so uncomfortable with who we are. They complained that “two men dressed as women” had checked in, and they were worried about prostitution. As a Black trans woman, I am used to unfair and discriminatory treatment, but this was extra upsetting because we were paying customers at a hotel and on our way to a funeral. I felt like I had no rights.

The police officers were very forceful and disrespectful. They tried to make it seem like we were doing something other than we were. They made my friend take out the stuffing in her bra. They were in our room for at least 35 to 40 minutes before they even arrested me.

They went through my purse and found a bottle of my hormones. I carry my hormones with me but not a copy of the prescription. I thought, “How could you arrest me for my hormones?” But they did. They handcuffed me, but never read me any rights or that type of thing. They let my friend go, and she had to go to the funeral without me by her side.

The jail that I was taken to did not have a policy in place for transgender people like me. So when they did the pat down, they had a woman pat down my top half, but a man pat down my bottom half, as if I’m not one person but two. The jail even reached out to the state LGBT organization and the media because they wanted to do the right thing, and my lawyers at the ACLU tell me that the jail is working now to adopt a policy for transgender inmates so that there’s a better system in place in the future. But none of that was in place for me yet, and my experience was extremely lonely, scary, and difficult. I was kept in a medical unit, and while I had telephone and video conferencing, I wasn’t able to be with the other women in the general population.

Finally after eight days, people who read about my story were able to raise enough money for my bail. Now, thanks to the help of my criminal defense lawyers who took my case for free, my case has been dismissed.

When I came out as transgender, I expected I would experience some discrimination, but I didn’t know how strong it would be. When something bad happens, I try to think about things and sort out why they happened. When this all happened, I knew exactly what it was: the racial profiling, the transgender profiling, the harassment, the solitary confinement. I knew why it was happening, and I knew it wasn’t right. I knew something had to change. To experience so many levels of discrimination makes you feel like less of a person. I want to stand up for myself and other Black and transgender people. And so I did.