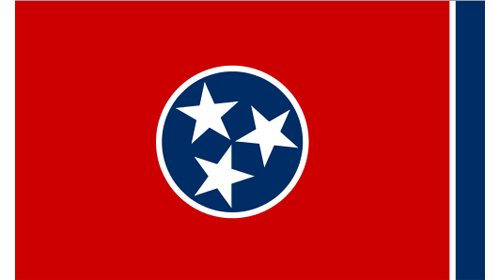 For a while, it looked as if Tennessee legislators had come to their senses and backed off the bill popularly known as “Don’t Say Gay.” Unfortunately, the bill is now roaring forward again, but there may still be a chance of stopping it.

In its present form, H.B. 229 bans any “classroom instruction, course materials or other informational resources that are inconsistent with natural human reproduction” in K-8 public schools. That vague language obscures the bill’s anti-gay history; a previous version would have outlawed any “instruction or material that discusses sexual orientation other than heterosexuality.” The changes may have taken the edge off this legislation’s discriminatory intent, but they haven’t addressed the threats it poses to young people’s safety and to academic freedom.

At a time when LGBT people are coming out younger than ever before, limiting education around LGBT issues until high school simply doesn’t make sense. Silence speaks loudly. A law restricting discussion of LGBT issues would send a clear message to students that it’s not okay to be lesbian, gay, bisexual, or transgender. That message fuels bullying and can magnify the feelings of isolation and shame that drive all too many LGBT youth to self-destruction and suicide.

The bill could also stop teachers from responding to anti-LGBT bullying or harassment; the vague language makes it unclear when standing up for students would mean breaking the law. And although the current version of the bill includes exceptions allowing teachers to answer questions and counselors to work with students on an individual basis, it isn’t fair or reasonable to expect students to step up with questions that could make them the targets of bullying, or to tell them that all things LGBT have to be discussed behind a counselor’s closed door.

The law may also interfere with students’ academic growth. It could interfere with lesson plans on anything from Ancient Greek history or The Diary of Anne Frank to psychology and current events. It could be used as an excuse to keep authors like Langston Hughes and Walt Whitman out of school libraries. It could even get in the way of lessons on genetics and biology. The last thing Tennessee kids need right now is another law obstructing their access to accurate scientific education.

If H.B. 229 passes, it will create dangerous confusion about what teachers, staff and students are allowed to say and study in school. It will limit teachers’ ability to give students the education and support they need, and it will foster an information vacuum that further endangers already-vulnerable young people.

But it’s not too late to stop this bill. Tennessee residents can help fight it by sending a message to the committee of legislators who will consider this bill on Tuesday. And everyone can help get the word out about the need to stop this latest version of the bill by sharing this blog on Facebook and Twitter. Use your voice to stand up for students and educators who are being threatened with silence.