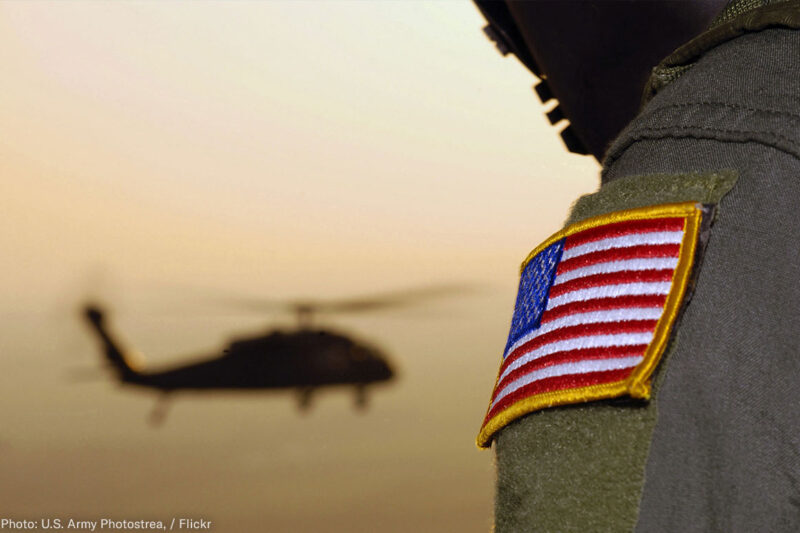 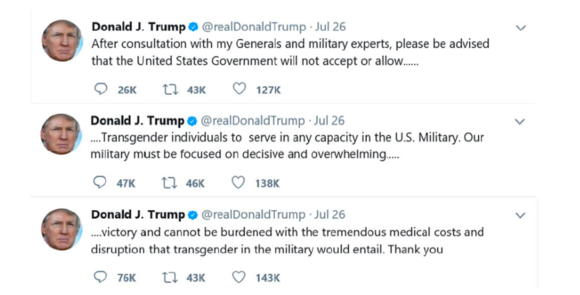 In August, the president turned his Twitter ban into formal policy, officially directing that the military return to the pre-June 2016 policy of banning transgender individuals from serving in the military “in any capacity.” The ACLU sued him immediately, and today we’re in federal district court in Maryland to seek an injunction to block the ban.

Fortunately, the ban was dealt a blow last week when Judge Colleen Kollar-Kotelly of the federal district court of Washington, D.C. put the directives on hold in a lawsuit brought by the National Center for Lesbian Rights and GLBTQ Advocates & Defenders. She determined that “all of the reasons proffered by the President for excluding transgender individuals from the military in this case were not merely unsupported, but were actually contradicted by the studies, conclusions and judgment of the military itself.”

We are seeking comparable relief to have Trump’s dangerous directives fully put on hold. The bans threaten the careers, the health, and the dignity of transgender individuals who have devoted their lives to service of country.

To ensure that service members are protected from sweeping discrimination, having multiple court rulings will ensure that if one court running is put on hold or overturned, protections could be enforced in other federal courts.