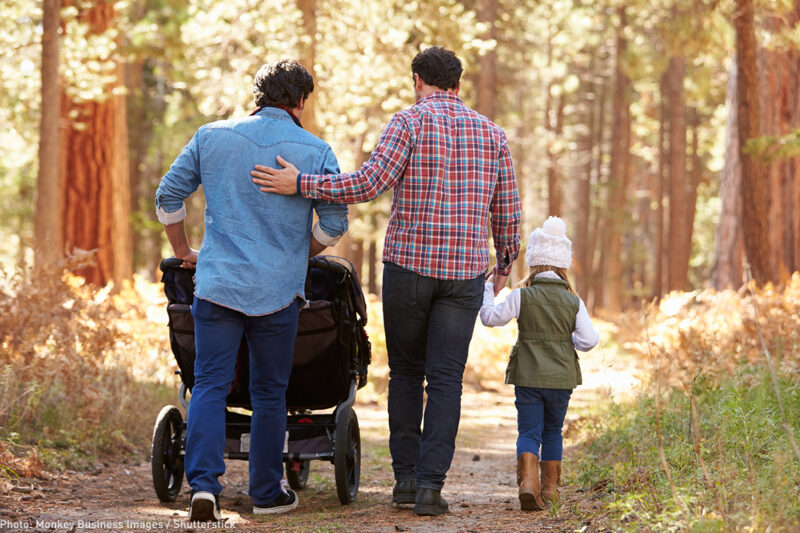 Like many other states, Michigan outsources child welfare services to private agencies. These agencies enter into contracts with the state to care for children in the foster care system — including finding them appropriate foster and adoptive families — and are paid with taxpayer dollars to do this critical work.

Michigan has 13,000 children in the foster care system. Like most states, it doesn’t have enough families willing and able to meet their needs. Because of the shortage of foster and adoptive families, some children are placed in foster families far from their families, schools and friends. Some are separated from siblings or placed in group homes. Some children wait years for an adoptive family and some age out of foster care without ever becoming part of a family.

Despite the need for more families to care for the state’s most vulnerable children, the

Michigan Department of Health and Human Services permits child placement agencies to turn away prospective foster and adoptive families headed by same-sex couples based on their religious objections. Many agencies doing child placement work in Michigan are faith-based agencies, some of which have religious objections to placing children with same-sex couples.

Couples like Kristy and Dana Dumont and Erin and Rebecca Busk-Sutton experienced this discrimination first-hand. Having seen recruitment emails featuring photos and bios of children in foster care waiting to be adopted, Kristy and Dana were moved and felt they could provide a loving family for a child in need. They contacted a state-contracted agency to start the process. When the agency representative learned they were two women, she told them the agency does not work with same-sex couples. Kristy and Dana made another attempt with another agency and got the same answer. Erin and Rebecca had a similar experience when they reached out to an agency about adopting a child out of foster care.

Michigan can’t afford to have families like the Dumonts and the Busk-Suttons turned away based on criteria that have nothing to do with their ability to care for a child. Allowing state-contracted agencies to screen out prospective families based on religious criteria not only harms the children most in need, it is also unconstitutional. It violates the First Amendment’s Establishment Clause, which bars the use of religious criteria in the provision of government services like foster care and adoption services for children in state custody. And it violates the Equal Protection Clause by discriminating against same-sex couples.

That’s why the ACLU is suing in federal district court.

Unfortunately, Michigan is not the only state that allows child placement agencies to reject same-sex couples based on religious objections. Just this past year, Alabama, South Dakota and Texas passed laws allowing precisely that. There are similar laws in North Dakota, Virginia, and Mississippi. It’s not just same-sex couples that are at risk. Most of these laws also would allow an agency to reject families that don’t share its faith, single-parent families, or any other kind of family that doesn’t meet its religious criteria.

We are hopeful that we will get a ruling in this case that will send a message to state legislatures that the Constitution does not permit these kinds of laws.