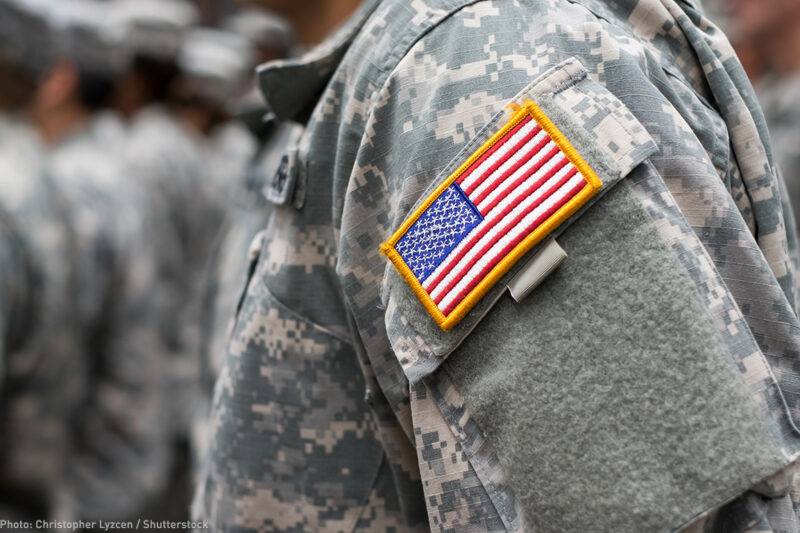 Imagine serving your country for over a decade in the armed forces — many of those years hiding the truth of who you are, but still showing up each day to fight for something bigger than yourself.

You put yourself on the line.

You depend on your service for your benefits, for your survival, for the survival of your family.

You plan your entire life around your career.

After years of committed service, the government finally changes policy and you can serve proudly and openly. You can be who you are and continue to thrive in your work. You don’t have to hide under the mask of an inauthentic self.

Then, in an instant, after you rely on assurances that your livelihood and existence will be safe, your government turns on you — in a tweet from your commander in chief, you are told that you cannot serve “in any capacity”; you are told that because you are transgender, everything about who you are and what you have done is irrelevant because you are not wanted. The entire country watches as you are humiliated and demeaned, and everyone is sent a message that somehow you are unworthy of even basic decency because of who you are.

This is what happened to transgender individuals in the United States armed forces.

But after a tweet from President Trump on July 26 and a subsequent directive signed on August 25, the Department of Defense was instructed by the president to reverse course and again ban transgender individuals from openly serving in the military. The directive also included banning coverage for medically necessary medical procedures and beginning a process of subjecting currently serving individuals to separation just for being transgender.

Pensions are on the line. Medical care is being cancelled. Enlistments are prohibited. People’s entire lives and careers are disrupted.

Trump’s decision was cruel. It was directly inconsistent with the studied opinion of military experts. It was and will be extremely costly. And it is illegal.

On August 28, the ACLU sued the president and the Department of Defense for violating the constitutional rights of transgender service members.

Today we are filing a motion for a preliminary injunction asking the court to put an immediate stop to the President’s ban to ensure that the harms to our clients and the thousands of other transgender individuals serving our country are rectified immediately.

Individuals like our client Staff Sgt. Kate Cole should not have to worry about whether their job, health care, entire life is on the line— not because of the risks inherent in the work she has so bravely taken on, but due to the political whims of her commander in chief pandering to a base that would like to see her very existence erased. Staff Sgt. Cole has served in the military since she enlisted at 17. She has deployed to Afghanistan, Estonia, Latvia, Lithuania, and Poland. This work, her service, is the only job she has ever known, and she has devoted her life to it.

Now her medical care has already been cancelled and she risks losing everything. And for what? Because the president decided to do the military “a favor” and end transgender service without having to study it.

Transgender people are not pawns in a political game. Our lives, our health care, our work cannot be erased with a tweet. We will not let that happen, and we are heading to court to stop it.