How the ACLU Plans to Engage in the 2018 Midterm Elections 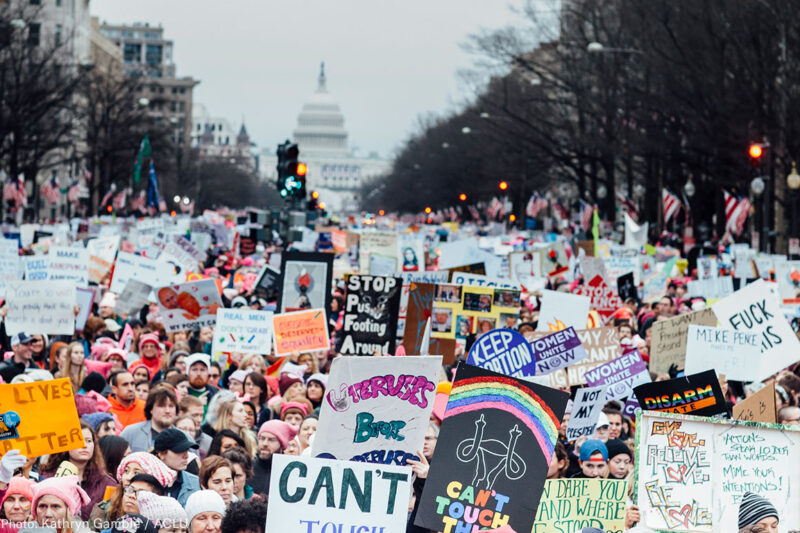 Earlier this week, former Sheriff Joe Arpaio announced that he plans to run for U.S. Senate from Arizona. The ACLU has aggressively and successfully sued Arpaio for denying incarcerated women access to abortion, victimizing people with disabilities, and racially profiling Latinos. Now, sadly, he thinks that record of illegal and inhumane conduct qualifies him to be a senator.

And in Kansas, Secretary of State Kris Kobach is running for governor, campaigning on his platform of cruelty to undocumented immigrants and false claims about voter fraud. Across the country, there are countless politicians of both parties who are standing for election in spite of terrible civil rights and civil liberties records. If you ever wondered whether elections really matter, the agenda of these candidates should remove any doubt.

So what are we going to do about it?

This year, the ACLU plans to do electoral work in a serious way for the first time. We’re getting involved in elections because the stakes are incredibly high for civil rights and civil liberties issues in America. The ACLU aims to educate voters about the civil liberties and civil rights records of candidates and build a base of voters who will factor those records into how they will vote. At the same time, we’ll be mobilizing ACLU volunteers to ensure that Americans around the country understand the potential consequences of these elections.

The ACLU takes its nonpartisan status very seriously. We are not nonpartisan merely out of tradition or to protect our tax status; we are nonpartisan because our commitment to civil rights and civil liberties drives everything we do. We are nonpartisan because we have had allies from all political stripes and all political parties – and opponents, also. Rather than judge politicians based on their party affiliation, we judge them on their records on civil liberties and civil rights. When we engage in a race, we do so to highlight the issues we care about.

Success for us is infusing a discussion of key civil liberties issues into the elections and into a voter’s calculus when casting that vote. We would welcome candidates with poor records to alter or renounce their positions as a result of our advocacy. We’re trying to change hearts and minds on civil liberties issues, and therefore we have long-term goals. For instance, an anti-civil liberties candidate may very well win despite our best efforts to educate voters about that race, but we will nevertheless have fulfilled our mission there if we’re able to increase voters’ understanding and awareness of civil liberties issues.

We, therefore, make the following commitments about our electoral work going forward:

The ACLU will not endorse or oppose specific candidates for elected office. Our goal is to ensure that voters are educated about the potential consequences of an election, not to support specific candidates. Therefore, you will not see the ACLU setting up a PAC or independent expenditure arm.

The ACLU will not tell people to vote for particular candidates. Educated voters can make their own decisions. The ACLU’s job is to provide voters with the information they need to know about what is at stake.

The ACLU will not coordinate with any partisan organization. While the ACLU believes deeply in working in coalition with other non-profits, we have no interest in partisan coordination. Our aims are different from those of a political party, and are driven by issue-based goals. (We know, for instance, gerrymandered political maps that disenfranchise voters have been drawn by both Republicans and Democrats.) We welcome coordination with any and all groups who share our goals and our desire to engage in issue advocacy.

The ACLU will aim to educate voters about the consequences of specific elections. This could include issuing scorecards, hosting ACLU-sponsored issue-based town hall meetings, doing issue-focused radio ads or TV, mailers, or window and yard signs. The goal is to infuse a discussion of civil rights and civil liberties into a political race and to communicate to the public how the choice of elected officials leads to differences in policies and impacts on people’s lives.

The ACLU will urge voters to go to the polls. It does not matter how much voters understand about an election if they do not vote — in the end, the choices that people make on Election Day have great consequences. The ACLU will encourage voters to make their voices heard. We’ll also campaign hard to pass ballot initiatives that would expand the right to vote, and we’ll look to defeat ballot initiatives that encroach on individual liberties.

Electoral work like this is a new and exciting venture for the ACLU, but in many ways it is a natural extension of the work we have been doing for almost 100 years. The ACLU has never shied away from a fight when civil liberties were at stake, whether that fight was in a court room, Congress, or a state legislature. In 2018, we add one more venue. We ask you to join us in this important endeavor.