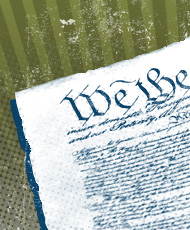 Today the Supreme Court ruled in Ashcroft v. Al-Kidd that former Attorney General John Ashcroft cannot be held responsible for the wrongful arrest and detention of U.S. citizen Abdullah al-Kidd under the material witness law. The ACLU represented al-Kidd before the Supreme Court in March 2011, charging that al-Kidd’s arrest was part of a pattern of pretextual material witness arrests that occurred after 9/11, pursuant to a nationwide policy instituted by Ashcroft.

The federal material witness statute allows law enforcement to detain a witness whose testimony prosecutors believe is material at a criminal trial if it believes that witness won’t testify voluntarily. Al-Kidd was arrested and detained under horrible conditions, ostensibly so he’d testify as a material witness in the trial of Sami Omar al-Hussayen, who attended the same university as al-Kidd and was charged with visa fraud. Al-Kidd was never called to testify in the case or charged with a crime.

Prior to 9/11, the material witness law was used sparingly to ensure witnesses would be available to testify in criminal cases. After 9/11, Ashcroft retooled the law to allow the government to arrest and detain individuals for whom they lacked probable cause to charge with a crime. Our lawsuit charged this Ashcroft policy violates fundamental constitutional principles and al-Kidd was a victim of that policy.

Lee Gelernt, who argued the case before the Supreme Court, said in a statement today:

The Court has unfortunately let Attorney General Ashcroft off the hook, but half of the justices who participated in today’s decision expressed real questions about how the government used the material witness statute in al-Kidd’s case. Our hope is that those questions will lead to a serious examination moving forward of the use of the statute as a tool for preventative detention.