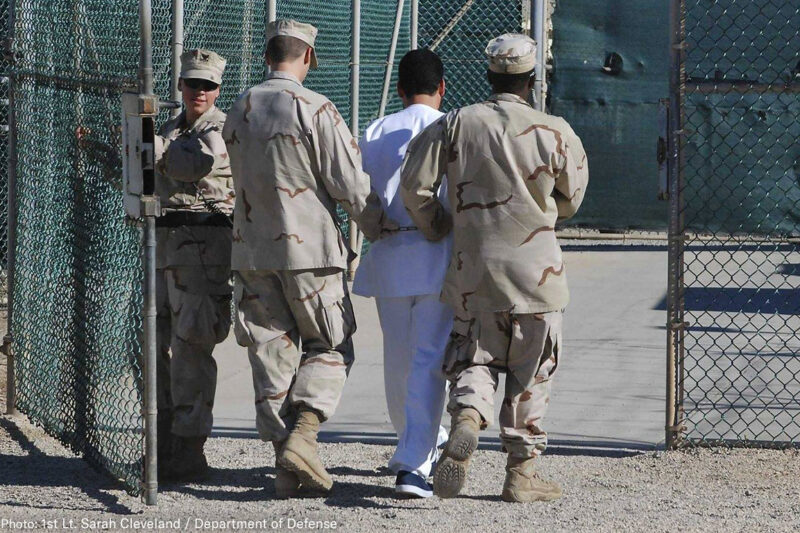 Almost four months after an American citizen was secretly detained by the U.S. military in Iraq, and three months after the American Civil Liberties Union filed a motion demanding access to him, ACLU lawyers were finally able to meet with the man to ask whether he wants to challenge his detention with ACLU representation.

The citizen, who the government admits requested an attorney months ago, is grateful to finally have the assistance he had long requested, and confirmed that he wants to fight his detention with the ACLU’s help. Today, we filed an update informing the judge overseeing the case of his wishes. Because he has concerns about his name becoming public, he asked that we not disclose any identifying information about him.

The meeting, which took place by video at the Pentagon on Wednesday, came after a federal judge, in a late-night ruling on Dec. 23, ordered the government to provide the ACLU with immediate, unmonitored access to the detainee, who hadn’t been aware of the ongoing case until shortly before he met the ACLU lawyers. The government has been holding him since September as an “enemy combatant,” claiming, without presenting any evidence, that he fought for ISIS. After news reports revealed that the U.S. government was imprisoning an American citizen, the ACLU filed a habeas corpus petition with the federal district court in Washington, D.C., demanding the government justify his detention. We also filed an emergency motion demanding that the government provide us with contact with him.

The government fought back in court, seeking to dismiss our petition. It argued that the ACLU had no standing to challenge the citizen’s detention because we had never met the man and did not know his wishes. In a ruling against the government, Judge Tanya S. Chutkin, saw through its Catch-22 argument: “The court finds the Defense Department’s position to be disingenuous at best, given that the Department is the sole impediment to the ACLUF’s ability to meet and confer with the detainee.”

“Having informed the detainee of his right to counsel, and the detainee having asked for counsel, the department’s position that his request should simply be ignored until it decides what to do with the detainee and when to allow him access to counsel is both remarkable and troubling.”

Judge Chutkan’s decision ordered the government to allow the ACLU to meet the citizen for to determine whether he wants to challenge his detention, and if so, whether he wishes to be represented by the ACLU. The order, which came on the heels of a report that the government was considering transferring the man to Saudi Arabia, also prohibited the government from carrying out any transfer before the ACLU’s update. In today’s filing, we also asked the judge to extend the prohibition on transferring the man while the challenge to his detention is pending.

The detention of this American citizen is unlawful. As we explained in a letter sent to the Justice Department and the Pentagon in September, the government does not have domestic legal authority to hold alleged ISIS fighters as enemy combatants in military detention. The 2001 Authorization for Use of Military Force extends to people who supported al-Qaeda, the Taliban, or associated forces at the time of the 9/11 attacks, when ISIS did not exist.

In any event, the government has presented no evidence that the citizen fought for ISIS. Even if a court were to interpret the 2001 AUMF — or the 2002 AUMF authorizing the invasion of Saddam Hussein’s Iraq — as extending to ISIS, this man has a constitutional right to know the government’s reasons for detaining him and to challenge its evidence. Instead, the government is going to great lengths to deny him his due process rights. We have asked the court to order the government to swiftly supply its basis for detention, which the citizen will have the opportunity to rebut.

If the government actually has any evidence of criminality against our client, it should charge him in a federal court, where constitutional safeguards apply. In this case, our judicial system has thus far worked: The court has repudiated the executive branch’s frightening notion that it has the power to hold a citizen unlawfully, in secret, and without access to a lawyer.

Let’s hope it continues to check such notions. The government has acted at every turn to deny a citizen his basic rights and day in court. His struggle to vindicate those rights is just getting underway.