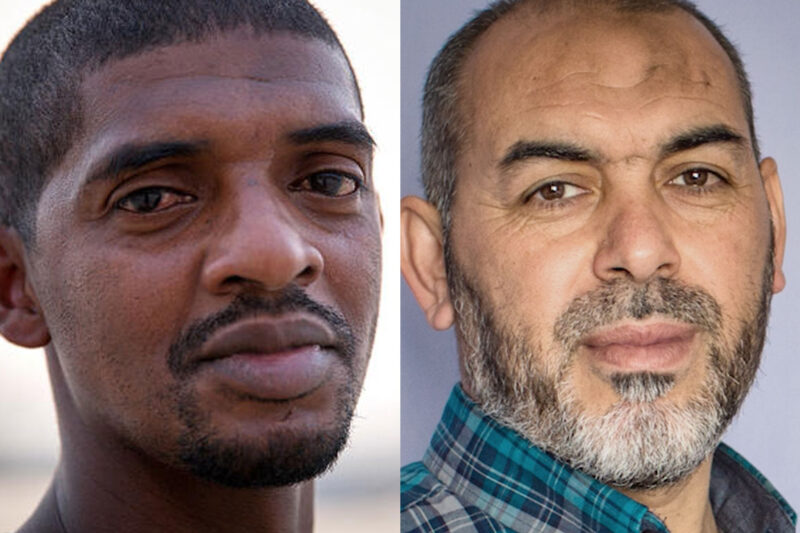 As an attorney representing victims of torture, one of the most inspiring things I have ever seen is the sheer determination of survivors standing up and publicly confronting those responsible. That’s why I’m so elated that our clients Suleiman Abdullah Salim, Mohamed Ahmed Ben Soud, and Obaidullah have surmounted so many obstacles in their long pursuit of justice.

Last week, almost two years after filing their lawsuit, our clients prevailed over the final attempt to keep their claims out of court. And today, these brave men secured a settlement from James Mitchell and John “Bruce” Jessen, the two psychologists who designed and implemented the CIA torture program that ensnared two of them and killed a relative of the third.

Torture is about trying to break human beings. Torturers inflict suffering with the goal of making prisoners feel such overpowering fear and despair that they cannot resist the torturer’s demands. As documents revealed in this case prove, Mitchell and Jessen specifically designed their torture program for the CIA to inflict “fear and despair” until prisoners became “helpless.”

After torture, survivors are usually left with feelings of trauma and helplessness — just as their torturers intended. Often, torture survivors report feeling worthless and powerless. It takes a lot of courage for anyone who has been so brutally traumatized to stand up to those responsible. But that is what our clients did in seeking accountability in a U.S. court.

To understand the legal landscape our clients faced with this lawsuit, it’s important to look back at the much longer story of torture accountability. That story, until today, has been one of total impunity.

The Bush administration turned to torture just over 15 years ago. That shameful policy inflicted violence and suffering on hundreds of mostly brown and black Muslim men held in secret prisons around the world. In the years that followed, we and other attorneys have represented a number of survivors seeking accountability. But, every case, without exception, ended the same way: Courts turned survivors away from the courthouse doors. Judges refused even to consider the abuses that government officials and contractors acting in our name inflicted on our fellow human beings.

In ruling after ruling, judges decided that the CIA’s torture program was too secret for our courts, that the Constitution did not protect prisoners of the United States from torture, that torturers at Guantánamo were immune from liability, that government officials who justified and ordered the torture of a U.S. citizen were immune from liability, that contractors involved in torture could not be sued — and on and on, a depressing litany of impunity.

Torture is about trying to break human beings.

As Mohamed recently reminded us, “Keep in mind that when we started this lawsuit, I didn’t expect it to go this far, to get to this excellent level.” But he stood up anyway. He and Suleiman and Obaidullah each flew thousands of miles to tell their stories. They endured depositions and medical exams. And they prevailed over every obstacle.

As a result, our clients secured multiple court decisions cementing the rights of torture survivors to seek justice from those responsible. They forced hundreds of pages of formerly secret documents into the light. For the first time ever, the psychologists and top CIA officials were made to answer questions, under oath, from attorneys representing torture survivors. Our clients’ stories, and much of the broader CIA torture story, are in the public domain.

Justice can be a long time coming. But Mohamed, Suleiman, and Obaidullah remind me of why we keep fighting for accountability against what can feel like insurmountable odds. Now they want to turn to healing, and we can get closer to finally turning the page on torture. Now torturers who think they can hide from the courts know that impunity is not guaranteed.