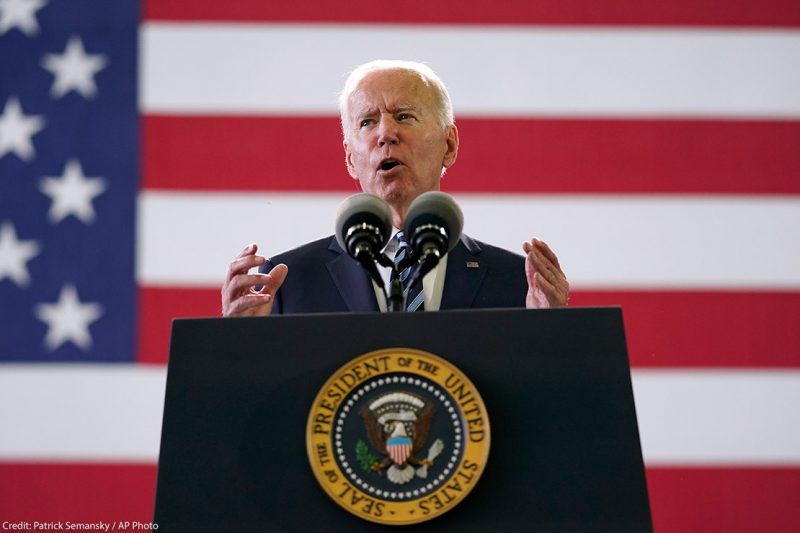 For the first time in this country’s history, a president has announced a national strategy to address domestic terrorism. The strategy is grounded in good intentions, rightly emphasizing America’s history and present escalation of white supremacist violence and the chronic contributors to that violence, including racism and bigotry. The strategy also emphasizes adherence to cherished civil rights and civil liberties in any responsive actions the government takes, and the need to foster resilience in the face of disinformation and hate.

But despite these heartening words, we have major concerns about what the strategy does — and doesn’t do. Communities of color and rights groups like ours hoped the Biden administration would rein in overbroad law enforcement powers and confront the structural bias that’s baked into domestic national security and counterterrorism policy. That policy reflects the government’s ever-expanding authority to surveil and monitor American communities; law enforcement guidance that permits profiling on the basis of race, religion, or national origin; and the use of abusive tools such as the watchlisting system against people for constitutionally protected speech and association. For the past 20 years — and longer — these approaches have disproportionately targeted Black, Brown, Muslim, and immigrant communities through the lens of “security threat,” and harmed our rights to free expression, due process, and equal protection under the law.

Biden’s strategy fails to address these wrongs, let alone reverse them. A core reason for this failure is that despite lip service to the contrary, it relies too heavily on law enforcement suspicion, investigation, and policing of beliefs rather than actual conduct — violence or attempted violence. For example, even as the strategy acknowledges the dramatic escalation of white supremacist violence, it replicates the Trump administration’s approach of instructing agencies to focus on a broad category of “racially motivated violent extremism,” lumping in a range of beliefs that aren’t demonstrably connected to political violence. Compounding this flaw, the strategy invites expansion of intrusive and abusive police powers in three key ways.

First, the strategy explicitly leaves open the possibility of enacting a new law criminalizing domestic terrorism, which rights groups have repeatedly explained is unnecessary and would be dangerous. Federal law currently defines “domestic terrorism” broadly and vaguely, and already criminalizes myriad specific or attempted acts that meet the definition; it also criminalizes hate crimes. Law enforcement agencies’ current authority to investigate and prosecute white supremacist violence is entirely adequate. A new law that criminalizes the malleable, fraught, and politicized concept of terrorism would only expand authorities that target Black and Brown communities and people engaged in dissent for unjustified surveillance, investigation, and prosecution. A new, catchall crime of domestic terrorism should be off the table.

Second, the strategy speaks of the need to “ensure that law enforcement operates without bias as it identifies and responds to domestic terrorism threats,” but it ignores a key reason why counterterrorism policy is rife with racial and religious bias: The Departments of Justice and Homeland Security permit it. Both agencies have issued guidance that purports to ban biased profiling by federal law enforcement, acknowledging that “biased practices are ineffective” and “simply not good law enforcement.” But the guidance includes gaping exceptions permitting biased profiling for national security investigations or at the border. The FBI and other agencies have used those exceptions to spy on and infiltrate Muslim communities, surveil Black activists under the spurious label of “Black Identity Extremists,” monitor protests against family separation, and “map” entire racial and ethnic communities based on crude notions about their propensity to engage in crime. These practices are not only unfair and harmful, they also entrench racism and bigotry in society.

It’s not enough for the Biden strategy to condemn biased profiling when federal law enforcement agencies openly allow it. As a matter of priority, the administration should instruct the Departments of Justice and Homeland Security to remove these loopholes.

Third, the strategy envisions continued reliance on counterterrorism programs that have proven deeply harmful to Black and Brown communities. Those include the federal government’s watchlisting system, which has metastasized to include well over one million people, disproportionately harms Muslim and immigrant communities, and stigmatizes them as security threats. The strategy refers to “robust mechanisms that are available” for people to contest their placement on a watchlist, but the existing redress process for watchlisted people is not robust — it’s a due process nightmare. Federal agencies also routinely use placement on a watchlist to exploit vulnerable people and pressure them into becoming informants on their communities, practices that are possible because the system lacks safeguards against abuse. Any policy that entrenches counterterrorism systems like this is headed in the wrong direction.

The strategy also seeks to expand social media surveillance, which law enforcement and intelligence agencies also use overwhelmingly against communities of color. Government auditors and agencies themselves have repeatedly concluded that dragnet surveillance of social media is unreliable and ineffective, flooding agencies with information about innocuous speech while dampening free expression — which is integral to democracy.

We understand the impulse to “do something” in the face of growing white supremacist violence, but that “something” should not be to double down on the authorities, systems, and practices that for decades have harmed the very communities the Biden administration says it wants to protect. The administration could have taken concrete actions that demonstrate adherence to the civil rights and liberties it wants to protect by implementing the safeguards communities of color seek. It’s not too late.