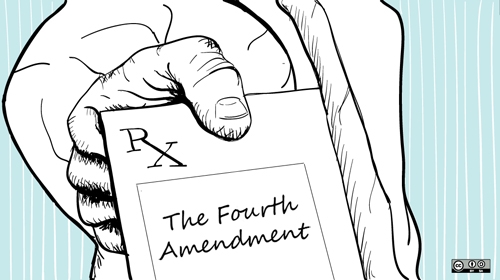 The Drug Enforcement Administration thinks people have “no constitutionally protected privacy interest” in their confidential prescription records, according to a brief filed last month in federal court. That disconcerting statement comes in response to an ACLU lawsuit challenging the DEA’s practice of obtaining private medical information without a warrant. The ACLU has just filed its response brief, explaining to the court why the DEA’s position is both startling and wrong.

We represent four patients and a physician in Oregon whose confidential prescription records are contained in a state database that tracks prescriptions for certain drugs. The database, called the Oregon Prescription Drug Monitoring Program (PDMP), was intended to be a public health tool to help physicians avoid drug overdoses and abuse in their patients. Despite a state law requiring law enforcement to obtain a probable cause warrant from a judge before requesting records from the PDMP, the DEA has been requesting records using administrative subpoenas, which do not involve judicial authorization or probable cause. Our clients object to the DEA’s warrantless access to the PDMP because their prescription records reveal deeply private information about their health and medical history, including their gender identity (two of our clients are transgender men taking testosterone as part of their transition from female to male sex) and mental illness (one client takes medication to treat anxiety and post-traumatic stress disorders).

In July, we explained to the court why people have a “reasonable expectation of privacy” in their confidential prescription records and the medical information those records reveal. (Under the Fourth Amendment, if there is a reasonable expectation of privacy in an item or location, law enforcement can generally conduct a search only if it first obtains a warrant). In support of our arguments, we submitted sworn declarations from medical privacy experts, including a scholar of medical ethics and a physician who explained that maintaining the confidentiality of doctor-patient communications is vital to the successful practice of medicine, and an authority on the history of medical ethics who explained that principles of medical confidentiality were well established at the time of the writing of the Fourth Amendment and would have been relied on by the Amendment’s framers.

In its latest brief, the DEA ignores these points and instead argues that the mere fact that our clients’ prescription records are held in a database maintained by a third party—the State of Oregon—means that they have somehow given up their privacy interest in the records. Courts have found that no warrant is required for information contained in some kinds of business records like electricity consumption records held by a power company or room registration information held by a motel. This is because, in theory, people have voluntarily given up their privacy interest in information when they turn it over to a third party. We disagree with that principle, called the “third party doctrine,” in many situations, because when people provide sensitive information to a third party for a specific purpose, they typically do not intend for law enforcement to have unfettered access to it. The principle is particularly offensive in this case.

Even accepting the third party doctrine on its own terms, the DEA’s position that confidential medical records should be treated the same as electrical consumption records or banking records is absurd. The information we share with our doctors and the medical treatment our doctors prescribe constitutes some of the most deeply private and sensitive information about us. Just because we trust our doctors and pharmacists with our medical information doesn’t mean the DEA should be able to easily access it too. Telling your doctor that you have an anxiety disorder or HIV is nothing like letting the power company read your electricity meter. The information communicated is exponentially more private. And the decision to visit a physician or pharmacist to obtain urgent medical treatment is not voluntary in any meaningful sense. We need to disclose our medical information to our doctors because our physical and psychological ailments require it, and foregoing care because of privacy concerns can leave a person debilitated or dead. We shouldn’t have to choose between protecting our privacy and protecting our health. The DEA’s position insults the rights, and the intelligence, of everyone who will ever seek treatment from a physician.

The DEA seems to think the Constitution doesn’t apply to its investigations. This case provides the court with an opportunity to push back, and to ensure that overzealous law enforcement agencies do not erode the longstanding protections of the Fourth Amendment.