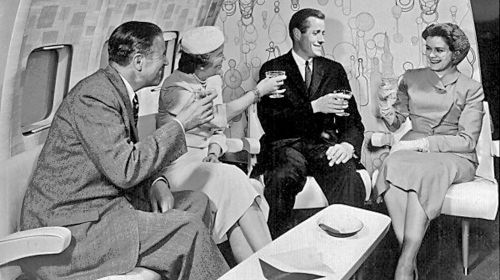 A new report from the Government Accountability Office shows that the government is going easy on itself when it comes to aviation security screening, and in the process it is stretching the concept of watchlisting to the breaking point. Not only has the Transportation Security Administration expanded its use of blacklists for security screening to identify passengers who may be “unknown threats,” but it also has compiled vast whitelists of individuals—including members of Congress, federal judges, and millions of Department of Defense personnel—who are automatically eligible for expedited screening at airports. These changes have made a broken watchlisting system even more arbitrary, unfair, and discriminatory.

We already know about those at the bottom of this aviation security caste system. We’ve long known that the TSA’s Secure Flight program uses passenger information submitted with airline reservations to screen against watchlists maintained by the FBI’s Terrorist Screening Center, including the No Fly List (which includes individuals who are barred from flying to, from, or over the United States) and the Selectee and Expanded Selectee Lists (which include individuals who are subjected to additional screening every time they fly).

Those watchlists, in turn, are compiled based on criteria that are so overbroad, ambiguous, and riddled with exceptions as to virtually guarantee that innocent individuals will end up blacklisted. Even information of questionable or doubtful reliability can support the “reasonable suspicion” standard that the FBI uses for placing people on the master watchlist. In fact, a single, uncorroborated piece of information—including a Facebook or Twitter post—can be enough to get you on the master watchlist and the Expanded Selectee List.

But the TSA isn’t stopping there. Thanks to the GAO report, we now know that the TSA has modified the Secure Flight program so that it assigns passengers to one of three risk categories: high risk, low risk, or unknown risk. We’ve long been critical of this kind of passenger profiling—which the TSA has proposed in the past—because it inevitably leads to greater intrusion into individuals’ private lives. And of course, it raises the question of what criteria and information the TSA uses to sort people into these categories.

The TSA is keeping those criteria secret, which is part of the problem. However, the GAO report states that the “high-risk” passengers aren’t just those who appear to match a name on the FBI’s No Fly, Selectee, or Expanded Selectee lists (as problematic as those lists may be). Now, the TSA is also using intelligence and law enforcement information, along with “risk-based targeting scenarios and assessments,” to identify passengers who may be “unknown threats.”

In other words, the FBI’s flawed definition of someone who is a suspected threat to aviation security isn’t relaxed enough for the TSA, so the TSA is creating its own blacklists of people who are hypothetical threats. Those people are also subjected to additional screening every time they fly. To make matters worse, another recently published GAO report indicates that the redress process for travelers who have been incorrectly caught up in the watchlisting system does not apply to these new TSA blacklists. So the TSA’s “unknown threats” are truly without recourse.

Moreover, attempting to identify “unknown threats” in the traveling public exacerbates the already unacceptable risk that watchlists will be used for racial and religious profiling—something that leaked documents strongly suggest is already happening.

What about those at the top of this hierarchy? Who gets the privilege of being designated “low risk” and undergoing less onerous screening measures? TSA has established separate lists of entire populations of passengers who, by virtue of their status within the government, get expedited screening, including:

These groups receive “Known Traveler Numbers” that they submit when making travel reservations and are then routed to the TSA Pre-Check line when they arrive at the airport. Others (those who have been neither whitelisted nor blacklisted) can apply for expedited screening through Pre-Check by undergoing a background check and submitting biographic information and fingerprints.

Superficially, it’s easy to see the TSA’s logic in focusing on these individuals for whitelisting. Many are involved in defending the country, and some have undergone background checks as part of their positions within the government. But that logic doesn’t stand up under scrutiny. The problem with the TSA’s approach goes to the heart of watchlisting in general: the government is increasingly relying on the unproven and flawed premise that it can predict if a person will commit a dangerous act in the future.

Just as the TSA is blacklisting people who it has decided are unknown, hypothetical threats, it is whitelisting people simply by virtue of their status as employees of the government. That status, however, says next to nothing about whether those individuals will engage in violence or pose a threat to security on any given day. Government employees and officers commit crimes, including crimes that affect national security. Because there is no reason to believe that a given DoD employee is less likely to threaten aviation security than, say, a teacher or an accredited journalist, whitelisting the DoD employee is arbitrary.

The more fundamental problem is how the logic applies to the rest of us. Instead of subjecting all travelers to the same procedures designed to detect threats to aviation, the government is essentially telling the American public that if we want the same privileges that the government has awarded itself, we’ll have to convince the government that we won’t commit dangerous acts in the future. That means turning over more and more information about ourselves: about who we are, what we do, and with whom we associate. By default, the TSA’s system treats any reluctance to fork over that information as somehow suspicious, and it reinforces the emerging airline security caste system.

Similarly, insulating lawmakers, judges, and other decision-makers from the burdens and inconveniences of air travel does not serve the interests of democracy and fairness. When the government makes status-based decisions about aviation security, it pits Joe Congressman against Joe Sixpack, and unsurprisingly, the congressman comes out ahead.

Ultimately, when we start rewarding or punishing people because of who they are, as opposed to what they’ve done, we drift farther from the principles at the heart of our Constitution.