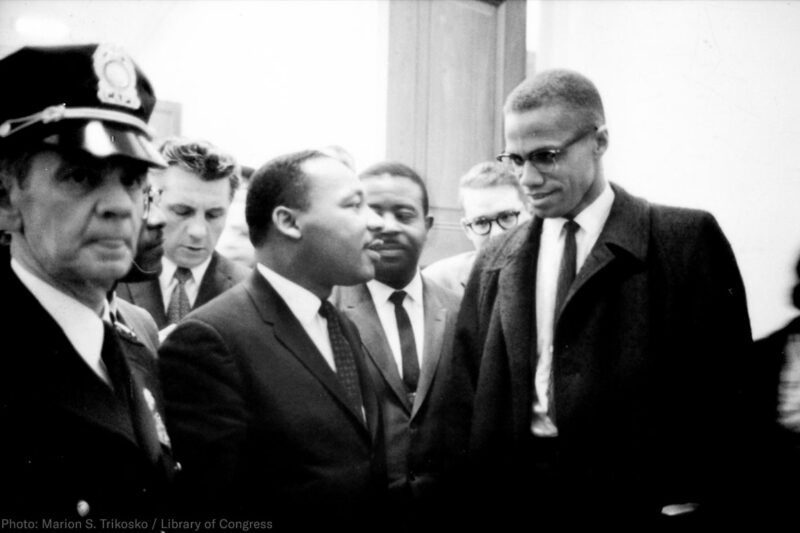 An invasive spying law is set to expire at the end of this year, and Congress is gearing up for a fight over what will replace it. As lawmakers weigh various proposals to reform that law, they would do well to consider the sordid history of warrantless surveillance in this country, and the people who have most suffered from it.

Under Section 702 of the Foreign Intelligence Surveillance Act, the National Security Agency collects vast amounts of phone calls, emails, text messages, and more from Americans communicating with people overseas, often sweeping up domestic communications in the process — all without individualized warrants from a court. Government agencies can then search through that data for information about anyone, in a subversion of judicial protections meant to prevent abuse of government powers.

The threat that these protections guard against isn’t theoretical. Recent history clearly shows that the burden of overzealous surveillances falls on disfavored communities who powerful actors believe threaten the status quo. While 20th century reforms were designed to curtail precisely these abuses, surveillance hawks continue to fight tooth and nail to retain their ability to use Section 702 to search for information about American residents without ever needing to make a case before a judge.

To inform their debate, the lawmakers now considering surveillance reform should revisit J. Edgar Hoover’s half-century tenure at the FBI, where he reigned over an aggressive, decades-long campaign against “radical” and “subversive” groups. In 1956, Hoover approved arguably the FBI’s most infamous and lawless program, known as COINTELPRO. The program targeted a diverse array of activists, inflating a Communist threat to justify the agency’s dirty tactics. Most famous among the FBI’s targets was Martin Luther King, Jr., who the agency stalked through wiretaps, bugs, spies, and informants, collecting embarrassing information about his sex life and possibly even urging him to commit suicide. Hoover personally spearheaded this harassment campaign on the grounds that King was a Communist who posed a particularly “dangerous” threat to “national security.”

Hoover’s FBI didn’t stop there. Invoking Black nationalist and communist bogeymen, it pursued the Black Panthers, socialist organizations, anti-war activists, and many other groups associated with the movements of the day. Legendary labor leader Cesar Chavez, whose farm workers’ movement was infiltrated and monitored by hundreds of FBI agents, was selected for scrutiny because, in the words of one informant, he “possibly has a subversive background.” The NSA also jumped aboard the cause, tapping the phones of an esteemed list of Vietnam War critics, among them journalists, sitting senators, Muhammad Ali, and Jane Fonda.

But we don’t need to go quite so far back to find people of color and dissidents targeted for First Amendment-protected beliefs and activities. The post-9/11 expansion of the surveillance state brought with it plenty of examples.

After the attacks of September 11, Congress and various attorneys general loosened many of long-standing safeguards constraining the FBI, enabling large-scale, nationwide discriminatory profiling. Among other practices, the FBI undertook a program mapping America’s racial and ethnic communities for intelligence purposes, based on crass stereotypes assuming criminal proclivities. FBI documents applied increased scrutiny on groups across the country, including Chinese Americans in San Francisco on grounds that “[w]ithin this community there has been organized crime for generations,” and on Detroit’s Muslim population because “it is prime territory for attempted radicalization and recruitment.”

More recently, the ACLU has demanded information about the FBI’s newly invented category of “Black Identity Extremists,” which raises concerns of increased surveillance against Black people for no reason except their outspoken objection to racial injustice in America. There’s plenty of precedent for this concern. In 2015, the Intercept found that the Department of Homeland Security had been monitoring Black Lives Matter activists involved in planning protests — activity, it should go without saying, that is squarely protected by the First Amendment.

COINTELPRO was exposed thanks to a group of peace activists who broke into an FBI office in 1971, stole documents detailing the program, and mailed them to reporters. Their bravery led to the formation of the Church Committee, which undertook one of the most significant investigations of intelligence abuses in U.S. history, resulting in major reforms to ensure they weren’t repeated. Among those reforms was the legislation in 1978 of the Foreign Intelligence Surveillance Act, which added a layer of judicial oversight between the intelligence agencies and individuals they sought to target.

Those protections were significantly undermined by the FISA Amendment Act of 2008, which created Section 702 to retroactively authorize and expand a Bush-era warrantless wiretapping program conducted by the NSA. Today, under Section 702, the FBI and other intelligence agencies again have the power to comb through reams of private communications flowing into and out of the United States without a court order. Journalists and human rights activists all over the world have cause for concern. Immigrant communities in the U.S. who are in contact with family and others abroad may well be disproportionately affected, given the program’s focus on international communications.

Considering our history, we should apply skepticism whenever the government cries “national security” to flout our system of checks and balances. And especially considering the fact that our new FBI director has refused to take a stand against suspicionless surveillance of mosques in America, no one should rest easy knowing that our intelligence agencies have these powers and are using them.

Right now, we have an opportunity to restore some critical checks on our intelligence agencies’ most egregious excesses. Congress should see those reforms through.