Just In Time For Independence Day, A Renewed Call For A National ID Card 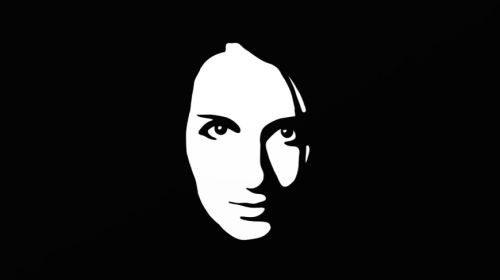 Leading yesterday’s New York Times op-ed page is a column by Bill Keller, Show Me Your Papers. It supports the faulty claim that we can solve our nation’s immigration woes if we just create a national ID system, and it specifically lauds a 2010 proposal by Sens. Schumer and Graham to create a biometric social security card that would function as a national ID for every American.

This idea is so painfully wrong and would do so much harm to Americans’ freedom that it’s hard to know where to begin to take it apart. Let’s start with the fact that a national ID won’t stop the numerous employers who actually seek out undocumented workers because they can threaten such workers with deportation for reporting underpayment or terrible working conditions. They are already violating the law and existing rules and they don’t care about identification at all.

Additionally, it does little for employers who do pay attention to documentation—it just raises the price on false papers. But even if we put that aside for a moment and accept that there might be some small sliver of employers who will be dissuaded from hiring undocumented workers by a new biometric ID system, it’s not clear why we should take such a drastic step for minimal effect.

In order to get at that very small number of employers, America would need to pay a very high price – about $40 billion (yes with a “b,” and that’s just to get the system running). That is the price tag that researchers at the University of California Berkeley Law School put on the Schumer/Graham proposal. It’s not hard to understand why that number is so huge when you think about everything that a national ID entails. A system must be built whereby everyone reports to a Social Security office, lines up with a birth certificate and other paperwork, is fingerprinted and photographed and then issued a biometric card (yes, a biometric ID requires the fingerprinting of every American). Now add the cost to employers for readers to check the cards and connect with the ID system to make sure they are accurate. It’s an enormous undertaking. Imagine a combination of the Department of Motor Vehicles and the Transportation Security Administration.

Once the country builds this mammoth system, do we really believe it will remain limited to employment? The history of the social security number strongly suggests it will not. For years, those cards stated on their face “for Social Security and tax purposes — not for identification.” That has not stopped anyone — from credit card companies to employers to government — from asking for that magic nine-digit number in order to verify identity.

Social security numbers are also a prime target for identity thieves and it’s safe to assume that your national ID would be an even more inviting target. If you’ve ever had to recover from having your identity stolen, imagine how bad it would be if a thief stole your national ID, perhaps by paying a crooked insider to issue a real card with someone else’s biometrics. If a national ID card were the central identity document in a person’s life, imagine how hard that would be to recover from that type of ID theft.

Worse, building a national ID system creates enormous potential for legal mischief. America already has a terrorist watch list that contains more than a million names, including many people who are barred from enjoying basic freedoms including the right to fly. Imagine government watch lists combined with inevitable mission creep. The pieces already exist to create a system where Americans would not be able to work, fly, vote or carry a gun unless their national ID is in order.

And as Arizona’s SB 1070 law demonstrates, some legislators are itching to expand that even further in service of an anti-immigrant agenda. If these legislators got their way, every aspect of life, including wholly innocent interactions with government officials and police officers, would require you to produce your national ID and prove your identity to avoid being treated as an “illegal alien.” One example of how this policy has already started to take shape: under Alabama’s anti-immigrant law, a passenger in a car who was not suspected of any wrongdoing was arrested (and charged, absurdly, with “driving without a license”) because he did not have acceptable ID.

This isn’t a partisan issue. In 1981, at the outset of the Reagan administration, then-Attorney General William French Smith argued that a national worker ID would be necessary to stop illegal immigration. At a cabinet meeting another member jokingly suggested that it would be easier simply to tattoo an identification number on everyone. President Reagan then exclaimed, “My God! That’s the mark of the beast,” effectively ending the Reagan administration’s discussion of a national ID system.

The idea surfaced again within the Clinton administration’s ill-fated national health care system proposal, in the form of a national medical ID card for every American. Critics at the time feared the plan would create a comprehensive database of everyone’s medical history. Invoking George Orwell, President Clinton himself acknowledged that “any kind of identification card like that sort of smacks of Big Brotherism.”

Keller quotes me as calling a national ID “a tool of social control,” and that’s what it is. It has been rejected by the right and the left because at its heart it’s a permission slip. A requirement that each of us gain approval from the government before enjoying what should be our fundamental right to work, to travel and to participate in American life. Ultimately a national ID card’s failure as an immigration control measure is beside the point. Its potential success—in curtailing our liberties and controlling our movements—is why it must be rejected.