Mandatory E-Verify: A Giant Plunge Into a National ID System 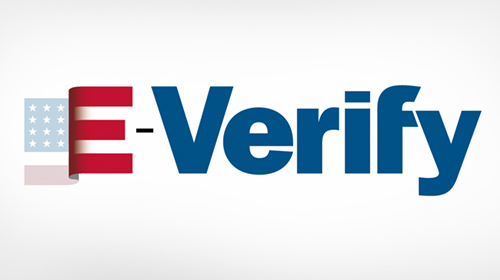 Today’s release of an immigration reform proposal from the Gang of Eight raises a host of civil liberties issues, many of which the ACLU will undoubtedly be commenting on in the coming days and weeks.

Today, I’m focusing on our concerns with one particular program, E-Verify. Currently, E-Verify is a largely voluntary system where employers can check with the Department of Homeland Security to see if someone is allowed to work. Basically it’s a giant list of everyone – immigrants and citizens – legally in the United States.

We’ve been raising concerns about E-Verify for years (along with lots of other groups!). Errors in the system will keep people from working. Gathering a huge pool of data will be an identity thief’s dream. Moves to mandatory E-Verify will create a bureaucracy and privacy risk that will affect us all. And all of this costs money – lots of it.

We continue to worry about all of these things. They form the basis of why we think a mandatory E-Verify system doesn’t belong in reform legislation. But I want to highlight a particularly pernicious new idea embedded in this legislation: a requirement that states be pushed to include all of their state drivers’ license information (including photographs) in E-Verify.

Reminiscent of the failed Real ID Act, in one fell swoop this would convert E-Verify into a national identification system and take us far down the path toward its use for a variety of other purposes. The merger of E-Verify and state Department of Motor Vehicle information would create a giant photo database of everyone in America. That database would potentially be available anywhere there is access to the internet. (Interestingly enough, the bill’s drafters understand how hostile Americans are to a national ID system and explicitly bar the creation of a national ID card, even though the proposal creates a de facto one).

Because sometimes it’s easier to show than to tell, imagine these future scenarios:

None of these scenarios is far-fetched. They are all situations where identification is often already required today. The difference is that now we would have a system (with a detailed database of information) backing up that ID check. We can use that system to track purchases, bar particular people from doing things we don’t like (such as travel), and even allow authorities to add information. Generally, we are talking about ceding the government much greater control over what we do and the choices we make in our lives.

Putting everyone’s photo in the E-Verify system changes everything. The Social Security card began as a number for getting retirement benefits. For years the Social Security cards said explicitly “not for identification purposes.” We all know that you can’t function today in American society without an SSN.

Are we moving toward a world where we can’t function unless we are ok in E-Verify?