On National Security, Kavanaugh Has a History of Extreme Deference to the President 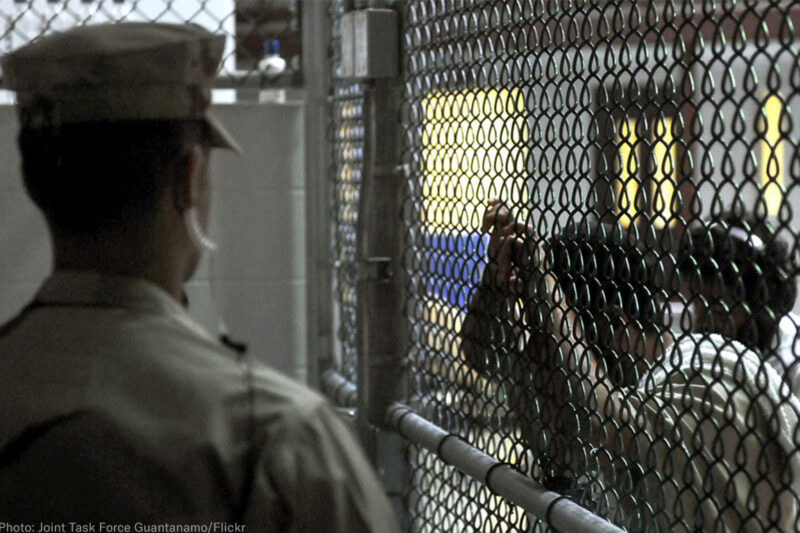 A week before his confirmation hearing, the public record on Judge Brett Kavanaugh’s possible involvement in some of the Bush administration’s most abusive policies and programs is woefully incomplete.

Kavanaugh, President Trump’s nominee for the Supreme Court, served in the White House soon after 9/11 when the Bush administration launched many of its most infamous programs in the name of national security. Leading senators have said that, during his 2006 confirmation hearing for the D.C. Circuit Court of Appeals, Kavanaugh may have provided misleading or inaccurate information about his involvement in developing those policies. Senators have rightly called for access to and public release of all documents from his White House stint, so we know any role he might have played in developing or reviewing the Bush administration’s torture, detention, and surveillance programs.

But despite these holes, Kavanaugh does have a well-developed record in cases involving national security, civil liberties, and human rights from his time on the D.C. Circuit. That record shows extreme deference to presidential claims to act unchecked in the name of war or national security. It also demonstrates hostility to international law as a constraint on government action as well as an unwillingness to hold the government to account when it violates the constitutional and human rights of U.S. citizens and noncitizens.

A clear example of this approach came in Meshal v. Higgenbotham, a case concerning Amir Meshal, a U.S. citizen who was secretly and unlawfully detained in 2007 by FBI agents in three African countries for four months. The agents threatened Meshal with torture, disappearance, and death unless he admitted terrorism connections — which he consistently denied. He was finally brought home to the United States and never charged with a crime. Represented by the ACLU, Meshal sued the FBI agents for violations of his Fourth and Fifth Amendment rights. He argued that he was entitled to sue his abusers under Bivens v. Six Unknown Named Agents of Federal Bureau of Narcotics, in which the Supreme Court held that citizens whose constitutional rights were violated are entitled to seek a legal remedy.

But in a divided opinion, the court of appeals refused to recognize that Meshal could sue the FBI agents, holding that Bivens did not apply to abuses by federal agents conducting a criminal counterterrorism investigation overseas. Kavanaugh agreed and wrote a separate opinion to emphasize a more extreme position. He argued that federal courts should not recognize a Bivens remedy for any conduct by U.S. officials overseas. He noted that permitting these claims might make officials “more hesitant in investigating and interrogating suspected al Qaeda members abroad. Some might argue that would be a good thing. Maybe so, maybe not.” But in Kavanaugh’s view, unless Congress opens the courthouse doors in cases involving national security abuses abroad, the courts should not provide a U.S. citizen with a remedy.

Kavanaugh’s refusal to recognize that victims and survivors can turn to the courts when their fundamental rights have been violated is a common thread running through his national security decisions. Whether by carving out exceptions to judicial doctrines allowing victims their day in court, as in Meshal, or by interpreting national security abuse cases as raising “political questions,” Kavanaugh has written or joined opinions that leave victims of U.S. policy without any remedy at all. Those victims include the U.S. citizen widow of a Guatemalan man, who sought to hold CIA agents accountable for conspiring to imprison, torture, and execute her husband. They also include Iraqi nationals seeking a remedy against U.S. military contractors who allegedly beat, electrocuted, and raped them at Abu Ghraib prison.

Kavanaugh has also made clear his belief that that the president has inherent authority to hold prisoners in wartime without congressional authorization and without the need to abide by international law. In a case called Al-Bihani v. Obama, which concerned a Guantánamo detainee, Kavanaugh wrote separately to argue that the president’s war powers allowed him to hold prisoners — or at least noncitizen prisoners — without authorization by Congress. Kavanaugh’s approach would give the president exceedingly broad and dangerous powers.

In that case, and others, Kavanaugh has repeatedly asserted that courts should ignore binding international treaties in interpreting laws, at least when the treaties constrain the president’s war powers. That extreme view is contrary to the judicial mainstream and to Supreme Court precedent, which instructs courts to interpret domestic statutes consistently with international law unless Congress clearly states otherwise. Other judges on the D.C. Circuit have rejected or not joined these aspects of Kavanaugh’s opinions.

Kavanaugh has also joined or written numerous D.C. Circuit opinions that turned judicial review of Guantánamo detention into a virtual rubber stamp of the executive branch’s claims. As a result, the D.C. Circuit now applies a more deferential standard to the government’s arguments and requires the government to put forward only minimal evidence when it seeks to justify the indefinite detention of prisoners at Guantánamo— a far lower standard than in other cases involving the deprivation of liberty.

Moreover, in Kavanaugh’s view, the government may use the Guantánamo military commissions to prosecute purely domestic terrorism-related crimes, significantly expanding the role of the controversial commissions beyond what courts historically have permitted. Kavanaugh expressed his view in al-Bahlul v. United States, a controversial case involving conspiracy, which is not a war crime under international law and which therefore should be prosecuted only in federal criminal courts. As other judges on the D.C. Circuit pointed out, the logic of Kavanaugh’s view is that the United States could take “three U.S. citizens [who] sent $200 to the humanitarian wing of an organization that the United States designated a foreign terrorist organization, earmarked for training in human-rights advocacy that the donors hope will turn the organization away from terrorist activities” and “ship [them] off to a military base” to be tried by military commission.

Finally, Kavanaugh has defended as constitutional the mass surveillance of Americans’ phone records. The case arose after Edward Snowden’s disclosures in 2013, when the public learned that the NSA was collecting the call records of millions of Americans in bulk under Section 215 of the USA Patriot Act. In an appeal in the case, Kavanaugh asserted that the Fourth Amendment did not bar the program because it involved the collection of phone numbers, not the content of the calls made. Kavanaugh relied on an inapt case from the 1970s, which held that the government did not need a warrant to collect a particular criminal suspect’s phone records, over a few days, from a telephone company. But, from a privacy perspective, the continuous bulk collection of millions of Americans’ phone records is an entirely different issue. Kavanaugh also argued that even if the Fourth Amendment applied, the national security interest the government claimed outweighed the impact on Americans’ privacy.

No other judge on the D.C. Circuit joined Kavanaugh’s analysis.

If confirmed, Kavanaugh would replace Justice Anthony Kennedy, who at key points in the post-9/11 era helped preserve the role of courts as a check on unlawful executive action. In a landmark case, Kennedy wrote to uphold Guantánamo detainees’ right to habeas corpus review, reasoning that it is a safeguard of liberty required by the Constitution. For Kennedy, “Liberty and security can be reconciled; and in our system they are reconciled within the framework of the law.”

In contrast, Kavanaugh’s record shows he would likely defer to — and not even scrutinize — a president’s security-based claims, even at the expense of individual liberty and access to justice.