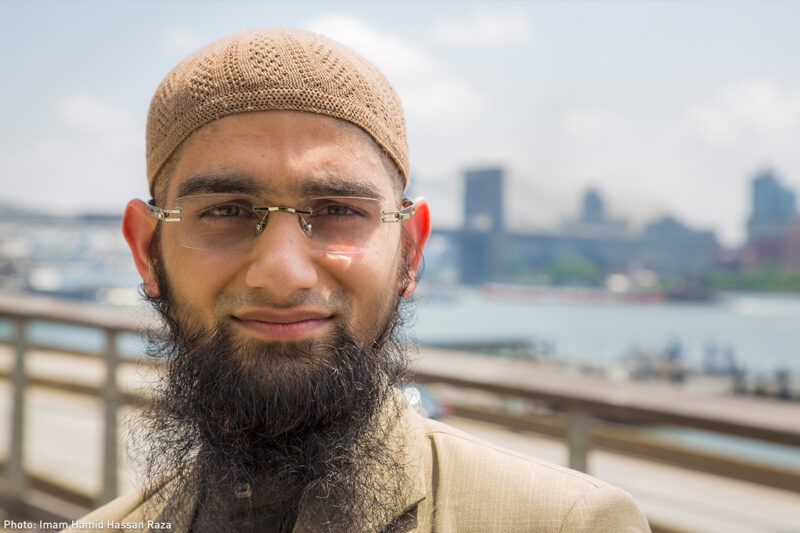 Update (3/21/2017): The federal judge in our lawsuit has approved the proposed settlement with the NYPD, as has the judge in the Handschu case. It’s official: New York Muslims and all New Yorkers will now have strong protections from discriminatory and unjustified surveillance. The federal government and police forces around the country should take note that law enforcement can and must do its job without resorting to discrimination.

As religious bigotry rises to a fever pitch nationwide, New York City is leading by example against it.

Today, a revised settlement announced in a pair of challenges to the NYPD’s surveillance of New York’s Muslims would, if approved, enhance protections against discriminatory and unconstitutional policing. This settlement sends a message that the nation needs to hear.

Our clients’ experience is a cautionary example of what can happen when law enforcement goes awry. They are three individuals — Imam Hassan Raza, Asad Dandia, and Mohammad Elshinawy; two mosques, Masjid At-Taqwa and Masjid Al-Ansar; and a non-profit organization, Muslims Giving Back — who alleged that they were swept up in the NYPD’s years-long dragnet surveillance of the city’s Muslim residents. The lawsuit, Raza v. City of New York, asserted that starting in 2002, the police department had mapped Muslim communities and their institutions, sent officers and informants into mosques to monitor innocent religious leaders and congregants, and used other invasive means to spy on Muslims.

New York’s Muslim communities had long known that they were subject to invasive NYPD surveillance and investigation because of their religion. The devastating effects were predictable: Muslims suffered stigma and chilled their speech and religious practice because of fear of attracting unwarranted police scrutiny. Religious leaders like our clients censored themselves in public and recorded sermons and conversations out of fear they could be misrepresented. Organizations and social networks like Muslims Giving Back were ripped apart because of actual or suspected informants in their midst. Congregants at mosques like our client mosques were suspicious of newcomers, despite their religious desire to welcome all, and attendance at places of worship and charitable donations declined.

The full extent of NYPD practices came to light thanks to reporting by the Associated Press, which confirmed that the department sent paid infiltrators into mosques, student associations, and community events — including a wedding — to take photos and keep tabs on religious leaders, congregants, and community members. Those practices did not make people safer; they did, however, seriously damage police-community relationships.

Together with the New York Civil Liberties Union and the CLEAR project at CUNY School of Law, the ACLU filed suit on behalf of our clients in 2013. The law firm of Morrison & Foerster LLP joined soon after. Our clients sought to enforce two of the Constitution’s most fundamental guarantees: freedom of religion and equal treatment for all.

Fast forward through intense litigation to settlement discussions. In February 2014, after a new mayoral administration came into office, the NYPD, our legal team, and lawyers in what’s called the Handschu case began settlement discussions. Handschu v. Special Services Division is a decades-old class-action suit challenging the NYPD’s unconstitutional surveillance of political groups and activists. It resulted in the Handschu Guidelines, spelled out in a 1986 consent decree, which regulate NYPD surveillance of political activity. Those guidelines were weakened in 2003 upon the insistence of the NYPD, enabling many of the abuses that our clients challenged, and attorneys in the Handschu case brought a separate claim asserting that the NYPD’s surveillance of Muslim New Yorkers had violated the guidelines.

In January 2016, the NYPD agreed to settlement terms that imposed a number of important safeguards. For the first time, the NYPD agreed to a robust equal protection policy, prohibiting investigations in which race, religion, ethnicity, or national origin is a substantial or motivating factor. The NYPD also agreed to prohibit overly broad, open-ended investigations; require that investigations account for their potential impact on religious activity; and limit their use of undercovers and informants. Critically, the settlement also installs a civilian representative to serve as a check on the police department. (More details on the terms of the 2016 settlement agreement are here.)

After a public hearing, during which community members weighed in on the proposed settlement, the judge in the Handschu case, Judge Charles S. Haight, Jr. of the U.S. District Court for the Southern District of New York, issued a ruling recommending three additional enhancements to the Handschu Guidelines. The resulting settlement negotiations led to an agreement that is now even stronger. It was today submitted to the courts overseeing both cases for their approval.

These changes would not have come without our clients’ courageous stand for equality and rights, and the support of many community activists seeking NYPD reform who have forcefully advocated against discriminatory surveillance. Of course, even the enhanced settlement is not, and could not be, a panacea. As my co-counsel Ramzi Kassem and I have emphasized:

“It is a platform upon which to build further reform and advance shared goals of a more just society and policing. The settlement will help ensure policing in New York City does not have a misplaced focus on religion, ideology, and race and directs attention and resources towards actual criminal conduct. A similar path nationally may be a long one, but we hope the rest of the country follows.”

The enhanced settlement comes at a time when anti-Muslim rhetoric and hysteria are rampant and increasingly stoked by officials at the highest level of government who resort to fear-mongering and a disregard for facts. Today’s settlement is an important antidote and a major advance for everyone: for our clients and all New Yorkers who have a right to be free from discrimination and to practice their religion without fear, and for the NYPD, which will become more effective by focusing on proven policing strategies rather than ineffective, bias-based policing.

Federal officials and local police elsewhere should take heed. When our police departments go too far, we’ll be ready to fight back.