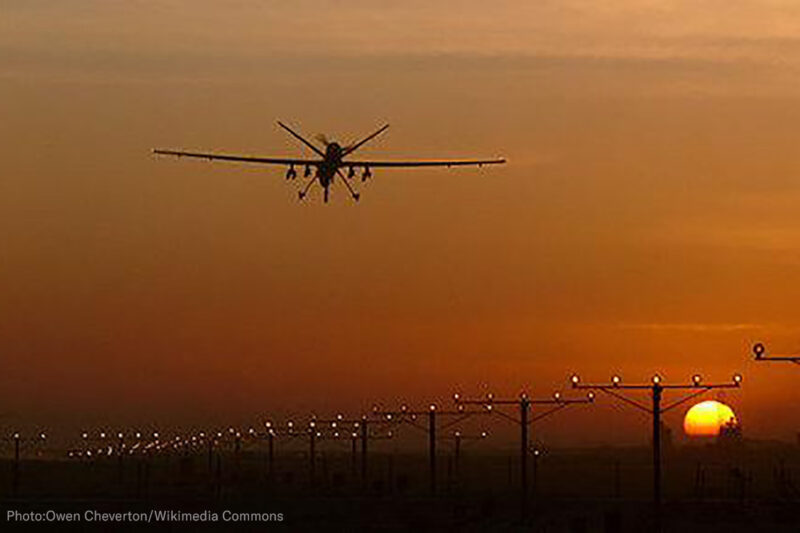 Just when you thought things couldn’t get any worse with this Congress, a bipartisan pair of senators have teamed up to write the single most dangerous piece of unconstitutional legislation of this Congress.

Last week, Sens. Bob Corker (R-Tenn.) and Tim Kaine (D-Va.) introduced S. Res. 59, which is a new Authorization for Use of Military Force (AUMF). An AUMF is roughly the modern equivalent of a declaration of war, and the Corker-Kaine AUMF gives President Trump and lots of future presidents the authority to take the country to war against an endless list of groups and individuals in an endless list of countries.

The result will be true global war without end.

The two senators wanted to get a quick vote in the Senate Foreign Relations Committee last week and have the bill rocket through the Senate and House and onto the president’s desk. Fortunately for all of us, senators from both parties, from Sen. Mike Lee (R-Utah) to Sen. Jeff Merkely (D-Ore.), forced a slowdown. But Corker and Kaine are working overtime to try to jam through their AUMF, which is a dumpster fire of bad ideas.

Here are just some of the harms packed into their proposed AUMF:

It immediately authorizes war against eight groups. With literally no strategic or operational restrictions, the Corker-Kaine AUMF authorizes immediate war against eight groups in six countries. The American military could be sent into battle in countries such as Libya, Somalia, or Yemen to fight groups that most Americans have never even heard of. This could lead to the immediate deployment of tens of thousands, or even hundreds of thousands, of American military service members to fight if Congress passes and Trump signs this AUMF.

The U.S. could declare war on a person. The president — not just President Trump, but likely every president for the next generation or longer — will be able to add new groups or new countries to the AUMF by simply sending a one-paragraph note to Congress. Absurdly, the Corker-Kaine AUMF even gives the commander-in-chief the option of going to war against a “person.” The president would not even have to explain why the new group or person is an enemy or what kind of danger awaits from military action in a newly added country.

Congress abdicates its war-making powers. In a stunningly unconstitutional move, the Corker-Kaine AUMF takes the most important power that the Constitution gives to Congress alone — the power to declare war — and turns it almost entirely over to this president and every future president. The only way that Congress would be able to stop a determined president from going to war everywhere and against anyone the commander-in-chief chooses would be to get a two-thirds majority of both houses of Congress to override the president’s veto.

So, what more could be added to a piece of legislation that unconstitutionally sets us up for war everywhere and forever?

How about amping up the authority for any president to use the military to lock people up with no charge or trial? And expanding this authority with no boundaries — and with no statutory prohibition in the AUMF against locking up American citizens or anyone picked up even in the United States itself? We believe it would still be unlawful for a president to try it (again), but why risk it?

Congress went down this same road in 2011, with the National Defense Authorization Act (NDAA) and hundreds of thousands of activists from the ACLU and our allies called and emailed their members of Congress urging its defeat. It narrowly passed, and President Obama signed it — with a promise not to use it against American citizens, but without denying that a president could have the power to order military detention.

The Intercept has an explanation of how this new detention provision could work. It is truly hard to believe that anyone in Congress would believe that it is a good idea for the legislature to head down this road again. Please sign our petition urging your senators to do everything they can do to make sure the Corker-Kaine AUMF never becomes law.

The Corker-Kaine AUMF is beyond dangerous. It is unconstitutional. And it is set up to never end. The Senate has a duty to kill this legislation immediately and show all members of Congress and the executive that abdicating Congress’s duty to declare war stays with the people’s representatives and no one else.