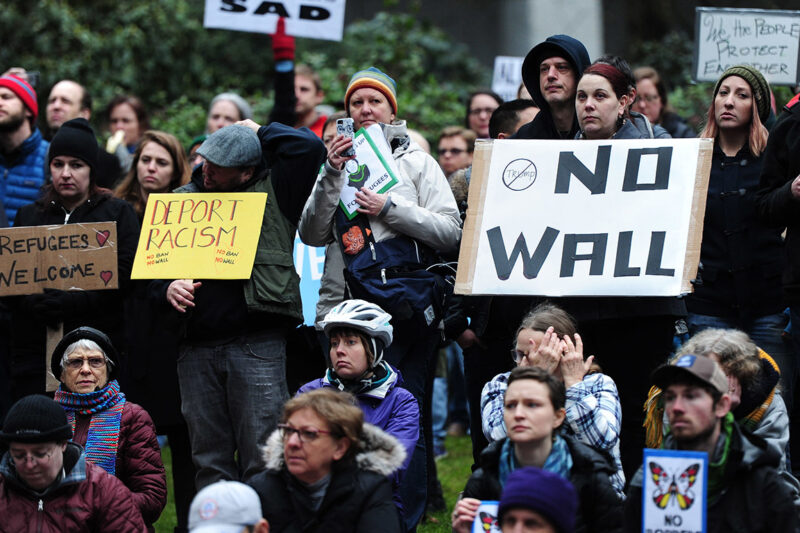 But it’s not the “big victory” President Trump quickly declared. The fight continues.

Most importantly, the Supreme Court has not yet decided the case. The case — which we filed on behalf of the Sierra Club and Southern Border Communities Coalition (SBCC) — now goes back to the Ninth Circuit Court of Appeals. There, we’ll be asking the court to further expedite ongoing appeal proceedings.

It’s important to be clear on what the 5-4 majority of the Supreme Court actually said on Friday. The Supreme Court didn’t give Trump’s abuse of emergency powers the stamp of approval, or say anything about whether the wall construction was lawful. Nor did the Supreme Court say that our clients lack standing — even the government concedes that Sierra Club and SBCC members face harm from the construction of a 30-foot wall on the lands they use and treasure.

Instead, in temporarily granting the administration’s request to begin wall construction, the majority’s brief, one-paragraph order stated that “the Government has made sufficient showing at this stage that the plaintiffs have no cause of action to obtain review.” The words “at this stage” are key. To receive a temporary stay, which the government was asking for here, the bar is lower than for normal review. The government has to show only a “fair possibility” in prevailing on the cause of action issue.

At the next stage, when our case is given full consideration, the government would have to actually establish that our clients, who are indisputably harmed by Trump’s abuse of powers, still can’t call on the courts to stop the president’s illegal power grab. That’s a much higher bar, and one the government has failed to meet in lower courts. Moreover, there are centuries-old precedents empowering courts to halt lawless executive action, and the Supreme Court has long recognized those precedents. There is a strong reason to believe it will do so again in a case where the illegality is as blatant as the president taking funds Congress deliberately and expressly denied.

That said, the government has been pushing the courts to adopt the extreme view that no injured party — not our clients, or impacted states, or even the House of Representatives — can go to court to block the president’s blatant abuse of power. It’s arguing the president’s actions are unreviewable by the courts.

That is a dangerous proposition, and it would be a huge setback for our democratic system if the Supreme Court adopts it. But Trump hasn’t succeeded in convincing five justices to give him that power yet — and for good reason.

A basic rule of our democracy is that when the government acts without legal authority, the courts are open to injured parties who seek to block that unlawful action. If the courts start washing their hands of that responsibility by not allowing people in court — as the government is encouraging they do — blatant abuses of power will go unchecked, and the rule of law will be forever damaged.

This should concern everyone, regardless of one’s political affiliation. No matter which party is in power, the courts have a critical role to play in making sure that the executive branch doesn’t have unreviewable authority to ignore the law. Otherwise, everyone from bureaucrats to FBI agents to cabinet secretaries to the president would be empowered to disregard the basic principles of our democracy.

We can’t let that happen.

As our lawsuit proceeds, we will continue to make the case that our clients, who will be harmed because of Trump’s xenophobic wall, deserve their day in court to prevent and undo that harm. The government told the Supreme Court that if our clients ultimately win, courts can order that the unlawful wall be taken down. We plan to hold the government to its word, and will seek the removal of every mile of unlawful wall built while this temporary stay is in place.