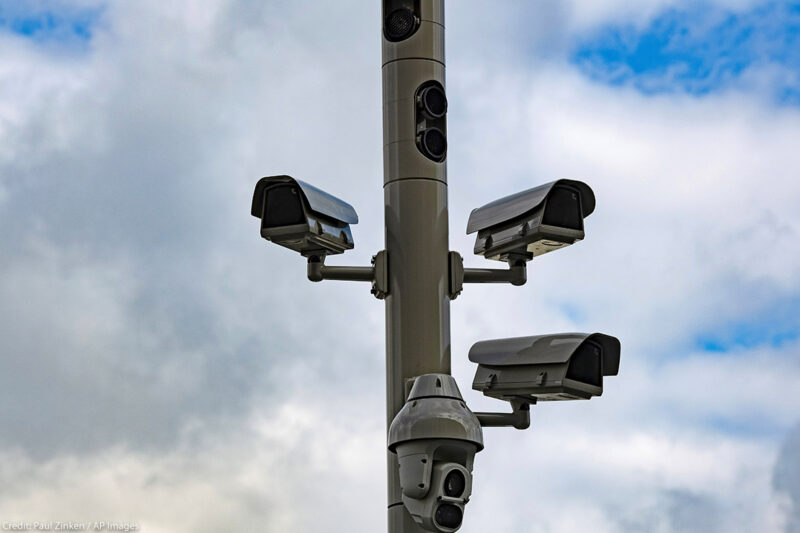 Congress must ensure that the next generation of Americans is able to speak and associate freely, without fear of surveillance.

Twenty years after 9/11, the pervasive power of our government’s mass surveillance regime is clearer than ever — and it’s past time for change. Congress now has the opportunity to enact essential reforms, by looking to the lessons of the last two decades to impose restraints that will protect us in the face of even more powerful and invasive technologies going forward.

There has been bipartisan recognition that the post-9/11 surveillance regime undermines privacy rights, but Congress and the executive branch have not gone nearly far enough to establish strong safeguards against executive overreach and abuse. Executive branch agencies still have entirely too much power and discretion when conducting surveillance for intelligence purposes. Congress must put an end to mass spying — by ensuring that surveillance is targeted, that there is robust judicial oversight, and that people whose lives are invaded by government surveillance can challenge that spying in court.

Even when Congress and the courts had the chance to impose meaningful restraints, they frequently gave in to the executive branch’s demands for greater surveillance powers. For example, in 2008, Congress enacted Section 702 of the Foreign Intelligence Surveillance Act, authorizing the warrantless surveillance of Americans’ private international communications — including our phone calls, emails, chats, and web browsing.

In 2013, Edward Snowden’s revelations about the breadth of U.S. government surveillance shocked the world. The public learned about the NSA’s “PRISM” and “Upstream” programs, which involve the NSA working closely with companies like Google, Facebook, AT&T, and Verizon to conduct warrantless surveillance of Americans’ international communications on a massive scale.

In the face of these disclosures, intelligence officials also admitted that the NSA had for years been secretly collecting records about virtually every American’s phone calls — who’s calling whom, when those calls are made, and how long they last. This kind of information, when amassed by the NSA day after day, can reveal incredibly sensitive details about people’s lives and associations, such as whether they have called a pastor, an abortion provider, an addiction counselor, or a suicide hotline.

In addition, whistleblowers and media reports revealed that the NSA was conducting bulk surveillance abroad, without any judicial oversight whatsoever, under an authority known as Executive Order 12333. In an increasingly interconnected world, Americans’ communications and data are frequently sent or routed abroad, where they’re vulnerable to collection by the NSA. The government has used this authority to tap into the links between Google’s data centers overseas, and to vacuum up 5 billion records per day on the location of cell phones around the world.

When faced with public scrutiny and court review, the government’s claimed justifications for its mass surveillance programs have often crumbled. The executive branch’s Privacy and Civil Liberties Oversight Board found that the NSA’s bulk collection of Americans’ call records had produced “little unique value” and largely duplicated far more targeted techniques. And the NSA shuttered at least two other mass surveillance tools after court oversight forced the government to acknowledge persistent privacy violations. In the end, the cost of complying with the rules was greater than any intelligence value the NSA saw in these programs.

The human toll of government surveillance is undeniable. It can have far-reaching consequences for people’s lives — particularly for communities of color, who are wrongly and disproportionately subject to surveillance. The people who feel the impact the most are Muslims, Black and Brown people, people of Asian descent, and others who have long been subject to wrongful profiling and discrimination in the name of national security. Routine surveillance is corrosive, making us feel like we are always being watched, and it chills the very kind of speech and association on which democracy depends. This spying is especially harmful because it is often feeds into a national security apparatus that puts people on watchlists, subjects them to unwarranted scrutiny by law enforcement, and allows the government to upend lives on the basis of vague, secret claims.

In the years since the Snowden revelations, Congress and the courts have placed some limited restraints on the government’s ability to spy on Americans and others. But these restraints are being outpaced by technological advances, such as facial recognition and artificial intelligence, which are fueling the growth of the surveillance state. Today, everyone on the planet is generating more data than ever before—data about our location, our associations, and the most intimate details of our lives. The danger of surveillance becoming normalized is that the very technologies we depend on will instead be used against us, to track us wherever we go and whatever we do.

Congress can ensure this never happens. There are increasingly urgent calls for Congress to impose robust privacy protections across a range of technologies, including government purchases of sensitive location data and the use of facial recognition. At the same time, Congress must place much-needed limits, at long last, on the mass spying programs of the past 20 years. These reforms should bar intelligence agencies from conducting surveillance in bulk and without suspicion, by requiring that spying be targeted and based on specific intelligence needs. They should require far greater judicial supervision of spying that’s currently conducted without a warrant and often without any court oversight. And they should make clear that individuals who are harmed by surveillance can seek redress in our courts.

By reining in mass surveillance, Congress can begin the process of righting the privacy harms of the last twenty years. And looking toward the future, Congress can help ensure that the next generation of Americans are able to speak and associate freely, without fear of unwarranted government scrutiny.