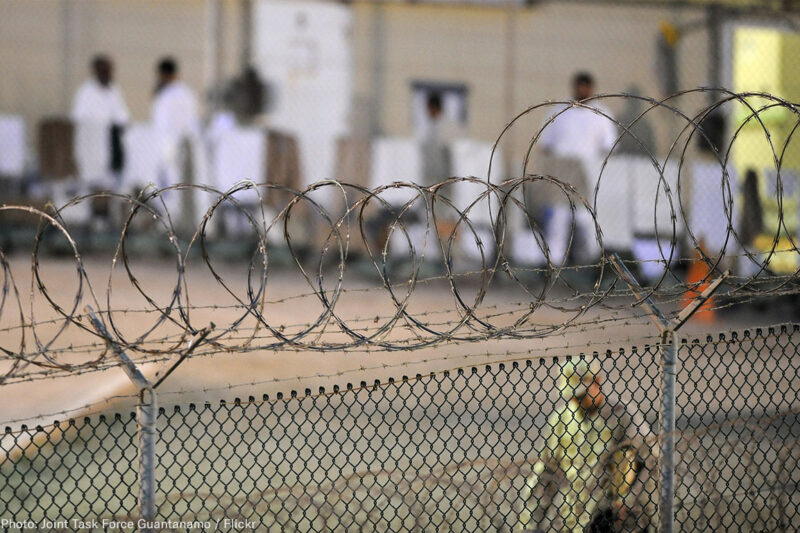 Update (12/22/17): In its latest filing with the court, the government won’t say whether it is considering requiring the detainee to relinquish his American citizenship in exchange for his release from U.S. detention. The filing also states that the government does not believe it is legally required to allow him to consult an attorney before renouncing his citizenship.

The Supreme Court has long held that American citizenship can only be voluntarily relinquished and the government can’t just take it away. But in a chilling new development, the Trump administration may be trying to coerce an American who has been secretly imprisoned without a lawyer to “voluntarily” give up his citizenship.

For more than three months, the Trump administration has held the American citizen in a secret jail in Iraq, refusing even to release his name and depriving him of his liberty without charges or any opportunity to contest the government’s allegations before a judge. After a hearing last month in the ACLU’s motion for access to the detainee, the government admitted that it is also ignoring his request for a lawyer, in a brazen violation of his constitutional rights. “That kind of unchecked power is, quite frankly, frightening,” Judge Tanya S. Chutkan noted in response to the government’s insistence that it can continue to hold him without allowing him to consult an attorney.

Now, according to a report in The New York Times, the government may be trying to deprive the prisoner of his citizenship as well. The report states that the Trump administration originally wanted to prosecute the man — but it has no evidence that would hold up in court. So, according to the Times, the government might offer the prisoner a bargain: If he “voluntarily” gives up his U.S. citizenship, the government could let him out of military detention and transfer him to Saudi Arabia, where he is reportedly a dual citizen.

The government must immediately allow the ACLU or another lawyer access to the man. In response to the Times report, the ACLU promptly filed a notification of these developments with the court, and Judge Chutkan has demanded the government respond by noon today.

If the Trump administration is indeed trying to coerce an American into giving up his citizenship, this would be a blatant effort to evade decades of Supreme Court law. In 1967, the Supreme Court stated unequivocally: “In our country the people are sovereign and the Government cannot sever its relationship to the people by taking away their citizenship.” The government should not be allowed to accomplish this forbidden objective by locking up citizens in secret and making them an offer they can’t refuse.

In the only other case involving a Saudi-American dual national held by the U.S., the man, Yaser Hamdi, was able to consult with lawyers before deciding whether to renounce his citizenship or challenge his detention in the courts (which the Supreme Court affirmed in 2004 he had the right to do). Thirteen years after Hamdi had the benefit of counsel and the judicial system before deciding whether to renounce his citizenship, the Trump administration’s ongoing efforts to hide an American citizen from lawyers and the courts are simply unprecedented.

The government’s actions here should scare all of us. As Judge Chutkan observed at the hearing last month, the Trump administration’s position is that “the government could snatch any U.S. citizen off the street and hold them as an enemy combatant… for as long as it took to come to some ‘final disposition.’” If the Times report is accurate, the government is considering an illegal solution to a blatantly unconstitutional situation of its own making. There can be nothing voluntary about a detainee, held secretly without access to counsel, renouncing his citizenship in exchange for his liberty.