Trump Is Considering Expanding Killing Powers Abroad. The Consequences for Civilians Will Be Disastrous. 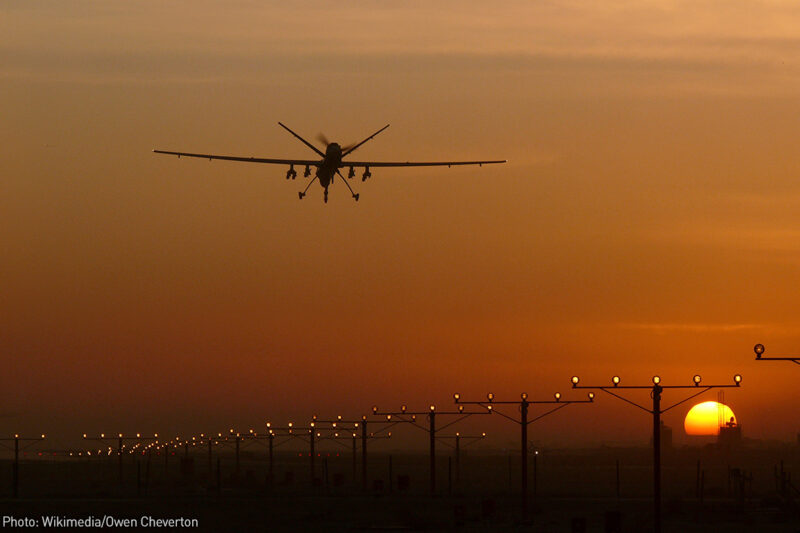 When the Obama administration put in place guidelines meant to restrain lethal drone and other killings abroad, we were concerned that they set too low a bar, and that even that low bar could easily be overturned.

Now, our worst fears are coming to a head. According to a recent New York Times report, the Trump administration is considering weakening or withdrawing those rules, which, while flawed, are intended to limit civilian deaths and injuries. Without them, the U.S. will further unmoor itself from domestic and international law that safeguards against extrajudicial killing, and many more innocent people will die. The Trump administration has also reportedly lifted limits on the CIA carrying out drone strikes, meaning that the CIA could return to its role as a paramilitary organization killing people largely in secret.

The Obama-era policies are contained in the 2013 Presidential Policy Guidance, a redacted version of which was released in 2016 in response to an ACLU lawsuit. That document articulates executive branch processes for approving lethal strikes outside of recognized war zones. These kinds of strikes dramatically increased under the Obama administration, and the president and his advisors saw the PPG as an attempt to constrain them — even as it institutionalized them.

The PPG places restraints on intended strikes outside “areas of active hostilities” (a term that first appears in the guidance, is not defined, and has no legal foundation). Still, one of the key requirements for approving such a strike under the PPG is that there be “near certainty” that non-combatants will not be injured or killed.

Now, according to news reports, President Trump has granted a military request that three areas of Yemeni provinces be, at least temporarily, declared “areas of active hostilities.” This could explain why a January raid in Yemen killed up to 23 civilians — including, according to a detailed Intercept report, 10 children under the age of 13 and six women. That designation would have effectively given the military the green light to proceed without the “near certainty” that civilians wouldn’t be harmed — even in areas where the United States isn’t actually engaged in hostilities.

To ensure the public better understands the legal basis for the Yemen raid, the decision-making process leading to it, and its outcome, the ACLU today filed a Freedom of Information Act request seeking records pertaining to the raid and the designation of parts of Yemen as “areas of active hostilities.” We have also requested information about the numbers and identities of civilians killed — including both assessments made in advance of the raid and in its aftermath.

The Times report suggests that the Trump administration is considering applying the same “area of active hostilities” designation to Somalia, which would endanger civilians there as well. Even more worryingly, the report suggests the president is considering rescinding the PPG altogether, which could effectively — and unlawfully — turn other parts of the world into the president’s claimed battlefield.

The ACLU expressed many concerns when the redacted PPG was first released after a protracted litigation struggle. It normalized the practice of killings outside theaters of war, with no judicial oversight. It extended more permissive standards for killing — those applicable to actual war zones — to non-war contexts, even though far more stringent human rights standards apply in those areas. It distorted domestic and international laws limiting the use of lethal force.

Critically, the PPG also imposed constraints only as a matter of policy, not of law. As a result, the Trump administration can do away with those safeguards with the stroke of a pen, exposing many more civilians to America’s lethal might, without even the insufficient standards and layers of oversight articulated in the PPG.

Developments in Yemen could offer a preview of what we can expect on a regular basis if the PPG is rescinded, or if the Trump administration chooses to extend the “area of active hostilities” designation elsewhere. President Trump has already approved some three dozen drone strikes, mostly in Yemen, since taking office — averaging almost one per day and far outpacing the strikes ordered by President Obama, especially late in his second term. There is little public accounting of who has been killed, on what basis, and with what consequences.

During the Obama administration, we repeatedly argued that there are some powers people should never concede even to the president, and that extraordinary powers consolidated in one office inevitably will be abused. That is true no matter who the president is. We gave those warnings at a time when a Trump presidency was inconceivable to many. Now, it’s a fact.

If the Trump administration’s patterns expand, the limits of war as we know it could virtually dissolve. At stake is no less than the global legal framework that protects life and preserves international peace and security — and the lives of many more people who could now die.