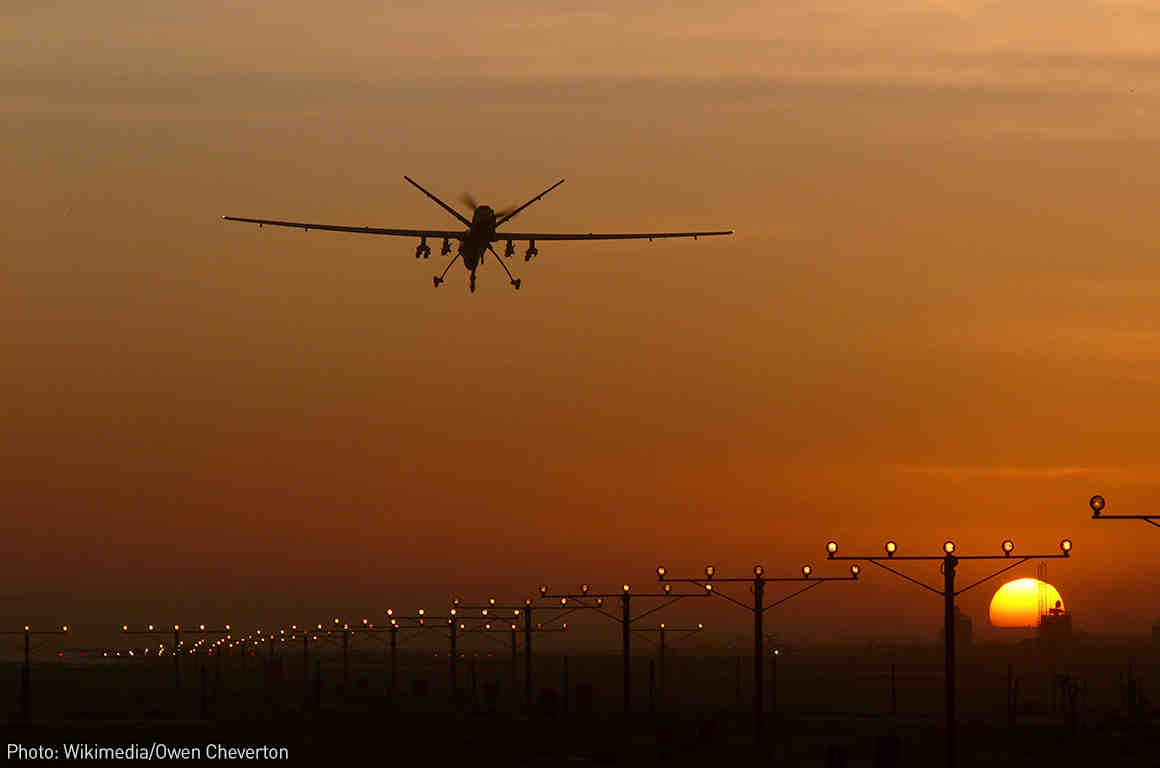 In March 2015, the ACLU filed a Freedom of Information Act lawsuit demanding information about the government’s targeted-killing program, including the Obama administration’s Presidential Policy Guidance (PPG) under which the program operates. In a crucial victory, the government released a redacted version of the PPG and four other documents. Many other documents were kept secret, however, and the ACLU continues to seek additional records through additional FOIA requests and litigation concerning the specific legal standards the government invokes when using lethal force abroad, and how they apply in practice.

U.S. drone strikes have killed thousands of people, including hundreds of civilians, in at least half a dozen countries outside of armed conflict zones. Many of those killed have been children. The government’s lethal force program raises critical legal and ethical concerns and is the source of resentment and anger both in countries in which killings occur and more broadly. But despite efforts to make the program more transparent, it is still shrouded in excessive secrecy that shields it from public scrutiny.

The information we sought includes records on the law and policies the government uses to justify lethal force, how the government picks targets, how it conducts before-the-fact assessments of potential civilian casualties as well as “after-action” investigations into who was actually killed, and the number, identities, legal status, and suspected affiliations of those killed, intentionally or not.

In August 2016, the U.S. District Court for the Southern District of New York ordered the government to release a redacted version of the PPG and four other documents relating to the government’s targeted-killing policies, but held that the government could keep the rest of the documents secret. The court also ruled that because government officials had publicly acknowledged certain information about the targeted-killing program, the government was no longer able to keep that information from the public. The court’s ruling about the disclosed information was, and remains, entirely redacted. In January 2017, the government appealed that district court ruling. In response, the ACLU argued that it was hampered by excessive secrecy, but to the extent the issue concerned whether the government has officially acknowledged that the United States conducts targeted killings in Pakistan, including through the use of drones, the government had done so.  The ACLU also argued that the district court’s ruling was appropriate under FOIA. In July 2018, the Court of Appeals for the Second Circuit ruled in favor of the government, holding that the district court did not need to decide whether the specific secret issue was officially acknowledged, and ordered the redactions in the court’s opinion to remain.

This case is one of three FOIA lawsuits the ACLU has litigated in pursuit of more transparency about the targeted killing program.  One of them sought information about the strikes that killed three Americans in Yemen, and the other sought the legal and factual bases for the government’s use of drones to kill people overseas.