TSA Darkens the Skies With Secret Surveillance of Americans 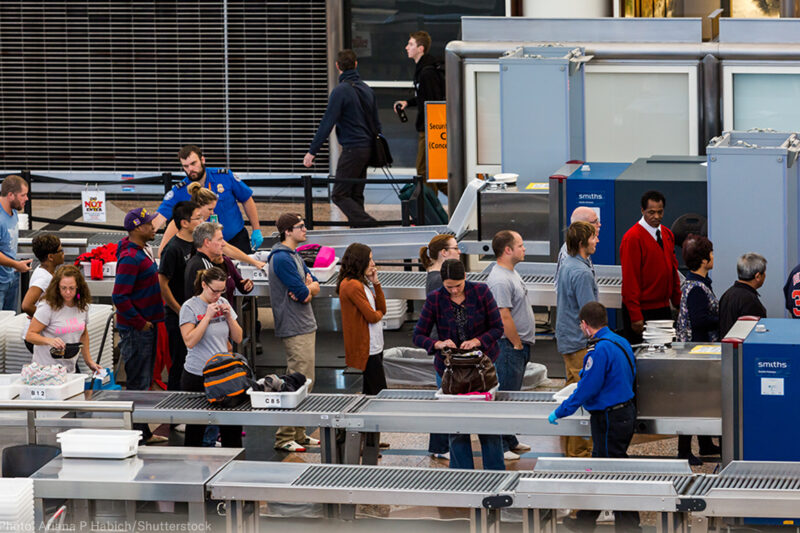 The Transportation Security Administration is engaging in covert surveillance of innocent fliers — and raising a host of disturbing questions in the process.

Internal TSA documents uncovered by The Boston Globe reveal that under a program called “Quiet Skies,” every day federal air marshals are tracking and shadowing dozens of U.S. citizens who are not under investigation or suspected of any actual wrongdoing. We aim to find out more by filing a Freedom of Information Act request with the Trump administration.

The documents show that the TSA is using secret criteria that include travel patterns and specific behaviors to determine which travelers to target. The marshals then secretly follow the passengers and document their conduct in granular detail, going so far as to fly with them on subsequent flights. The agency retains the marshals’ observations and reports in its internal files.

The red flags here are plentiful. First, federal law enforcement shouldn’t be tracking and monitoring travelers and then logging detailed information about them without any basis to believe that they’ve done anything wrong. That the TSA appears to be doing exactly that through the Quiet Skies program is at once troubling and illogical — it needlessly invades the privacy of thousands of Americans while flooding the agency’s databases with useless information on innocent activity.

This program also raises serious constitutional concerns. If the TSA’s secret targeting criteria rely on race or religion, it could amount to unconstitutional profiling.

The TSA appears to be using algorithms to decide who to target, which only aggravates these concerns. This is a problem because such artificial intelligence incorporates human biases and often operates without adequate oversight and accountability. We’ve called out the agency in the past for using a targeting algorithm to sort passengers according to the purported risk they pose because it’s at odds with fairness and due process.

Finally, the TSA refuses to learn its lesson on roundly discredited “behavior detection” techniques, which Quiet Skies also uses. While spying on passengers, air marshals note whether they exhibit any of a series of behaviors — “excessive fidgeting,” “exaggerated emotions,” or a “cold penetrating stare,” to name a few — that the TSA insists on viewing as suspicious. In reality, they are subjective, often commonplace, and can easily be skewed by marshals’ biases.

Experts, legislators, and the Department of Homeland Security’s inspector general have sharply criticized these methods. TSA documents that the ACLU obtained through a lawsuit revealed that the “behavior detection” techniques were unscientific and unreliable. Their use in Quiet Skies or any other TSA program is unacceptable.

Like the old, debunked “behavior detection” program, Quiet Skies looks like the worst kind of waste. It expends the time and focus of federal officers while at the same time threatening our civil liberties. The Globe reports that numerous federal air marshals have complained about the program, with one calling it “nonsense,” and in a very unusual move, the Air Marshal Association criticized it publicly.

From what we know about the TSA’s secret surveillance program, it’s a bad idea. Now we need to know much more about how Quiet Skies works in order to make sure that the TSA is respecting the Constitution and Americans’ rights.