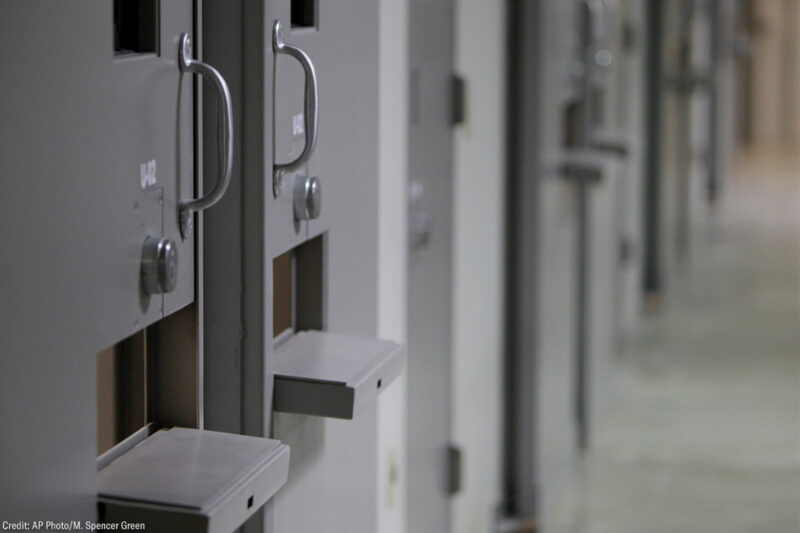 In a win for constitutional rights, a judge has ordered that Adham Hassoun at minimum be given a fair hearing, which is scheduled for April 28.

Adham Hassoun will finally have his day in court. A federal judge has rejected the government’s sweeping claim that it can, on its own say-so, indefinitely imprison him without charge and without a fair trial.

Adham is a long-time U.S. resident and a father of three. As we previously explained, Adham completed his criminal sentence and was set to be released from prison almost three years ago. But the government — claiming unprecedented and unconstitutional powers — is seeking to keep him locked up indefinitely, perhaps for the rest of his life, based on executive fiat.

Adham is challenging his unconstitutional detention in court. We’re representing Adham together with the New York Civil Liberties Union, the Clinical Legal Education Program of the University at Buffalo School of Law, and the Mandel Legal Aid Clinic University of Chicago Law School.

In December, the district court rejected one of the government’s two justifications for detaining Adham. The government argued that, under a rarely-used administrative regulation, it could unilaterally declare Adham a danger to national security and deny him the basic rudiments of due process. The government claimed Adham had no chance to contest the accusations against him before a judge, and said he instead had to prove his innocence to the very people trying to keep him imprisoned. In its ruling, the court rightfully recognized that depriving a person of liberty through such a flimsy and one-sided process raises serious constitutional problems, and declared the regulation “a legal nullity.”

The court also rejected the government’s second argument — that it could detain Adham under a never-before used provision of the USA Patriot Act without first affording him a judicial hearing. Normally, even when individuals are ordered removed under immigration laws, the government can’t continue detaining them unless it will actually be able to remove them in the foreseeable future. A judge has already ruled that Adham’s removal isn’t foreseeable because there is no country he can be sent to, but instead of releasing him — as our Constitution and values require — the government has opted to keep him locked up based on an assertion that he’s dangerous. According to the government, the Patriot Act allows the executive branch to keep a supposedly “dangerous” person behind bars forever, no matter how flimsy the evidence against him, with no significant review by a judge.

As we argued to the court, the government cannot use the Patriot Act to circumvent Adham’s constitutional rights. If the government has reason to detain Adham, it must charge him with a crime or at least present its evidence before a court and give Adham an opportunity to mount a defense — as the Constitution demands.

In a win for constitutional rights, the judge has ordered that Adham at minimum be given a fair hearing, which is scheduled for April 28. There, the government will be required to prove to the court that Adham’s detention is justified. It will also need to convince the judge that the flimsy evidence it allegedly has against Adham meets the rigorous clear and convincing evidence standard, which properly places a significant onus on the government to strip a person of his or her liberty. The judge already expressed skepticism of any evidence relying on anonymous hearsay — that is, information a witness does not have personal knowledge of, including things they heard second- and third-hand from others.

Additionally, the court rejected the government’s plea to hold the hearing at the federal detention center in Batavia, New York, where Adham is imprisoned and where public access could be restricted. Instead, the court said the hearing will be at a federal courthouse in Buffalo, New York, noting that “[o]ne of the strongest pillars of our system of justice in the United States is the presumption that all judicial proceedings are open to the public whom the judiciary serves.”

Adham is getting his long-awaited day in court. We’ll be there to hold the government to its burden, and to defend his — and our — right to liberty.