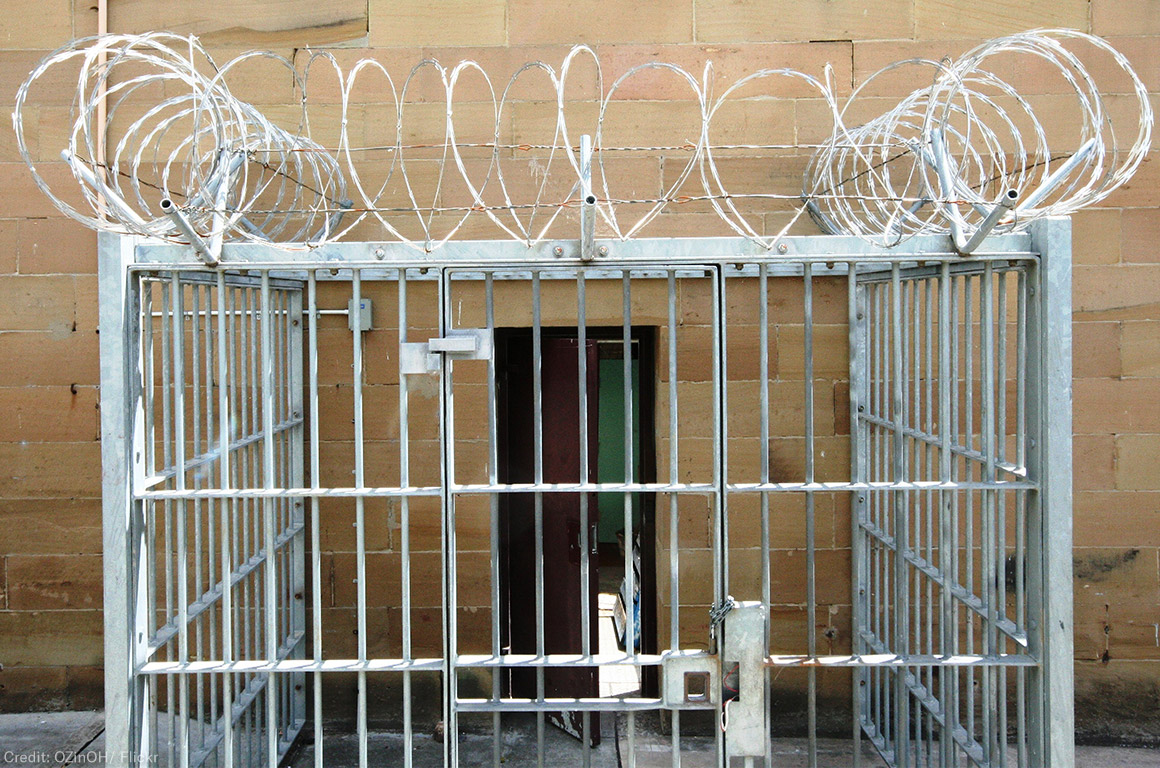 The ACLU, in partnership with the Immigrants’ Rights Clinic at the University of Chicago Law School and the MacArthur Justice Center, successfully challenged the government’s claim of power to detain our client, Adham Amin Hassoun, indefinitely on national security grounds. The government held Mr. Hassoun in an immigration detention center without criminal charge or due process, based solely on an unproven claim that he was a danger to national security. As a result of his lawsuit, Mr. Hassoun was finally freed on July 22—after 18 months of unlawful confinement.

Immigration authorities initially arrested Mr. Hassoun in 2002 for overstaying his student visa. Rather than immediately removing him on immigration grounds, the government charged him with violating the “material support for terrorism” statute—a notoriously overbroad law that criminalizes virtually any support given to an organization the government deems to have engaged in terrorism. He was convicted and sentenced to 15 years. At sentencing, the federal judge found that he posed no threat to the national security of the United States.

Mr. Hassoun completed his sentence, reduced by two years for good behavior, in 2017. The government then transferred him to immigration custody and tried to remove him from the country. But Mr. Hassoun, as a stateless Palestinian refugee, is not a citizen of any country, and the government was either unwilling or unable to find a place for him to resettle. Eventually, Mr. Hassoun filed a petition for habeas corpus in federal district court. He argued that his removal from the United States was not reasonably foreseeable, and that his detention, which had already been prolonged, was no longer authorized by law. The court agreed, and January 2, 2019, it ordered him released.

Instead of releasing Mr. Hassoun, the government devised new reasons to keep him detained. First, it invoked a rarely used immigration regulation. Second, it invoked a never-before-used provision of the Patriot Act.

According to the government, both the immigration regulation and the Patriot Act gave the executive branch the power to hold Mr. Hassoun in detention indefinitely—based solely on executive officials’ unilateral conclusion that he posed a threat to national security. The government claimed that Mr. Hassoun could only seek release by proving to those officials that he was not dangerous, and that the courts had no role to play.

The Constitution does not give the government that kind of unchecked power. To challenge the government’s claims, Mr. Hassoun filed a second habeas petition in the district court. He argued that the government’s interpretations of both the immigration regulation and the Patriot Act violated the Fifth Amendment’s guarantee of due process. He also argued that if even the regulation and Patriot Act were constitutional, they could not authorize his detention because he was not, and had never been, a danger to national security.

Mr. Hassoun won. The district court ruled that the immigration regulation lacked essential features of due process and was a “legal nullity.” It also ruled that to hold Mr. Hassoun under the Patriot Act, the government had to meet a high threshold of proof. showing that he was a danger to national security by “clear and convincing evidence,” which is one step below the “beyond a reasonable doubt” standard that applies in criminal cases.

On June 29, 2020, the court ordered the government to release Mr. Hassoun from detention. The decision came almost three years after he completed his criminal sentence and eighteen months after he should have been freed. Although the government appealed the court’s decision, on July 22, Mr. Hassoun was removed to foreign country, where he now lives free.

Mr. Hassoun’s detention was an abuse of government power, and his case is cautionary. As the district court said, it exemplifies “the danger of conditioning an individual’s liberty on unreviewable administrative factfinding.” Mr. Hassoun can never recover the years of life he lost to government injustice, and no one should ever be subjected to it again.