U.S. Gave Its Torturers a Pass, So International Court Steps In 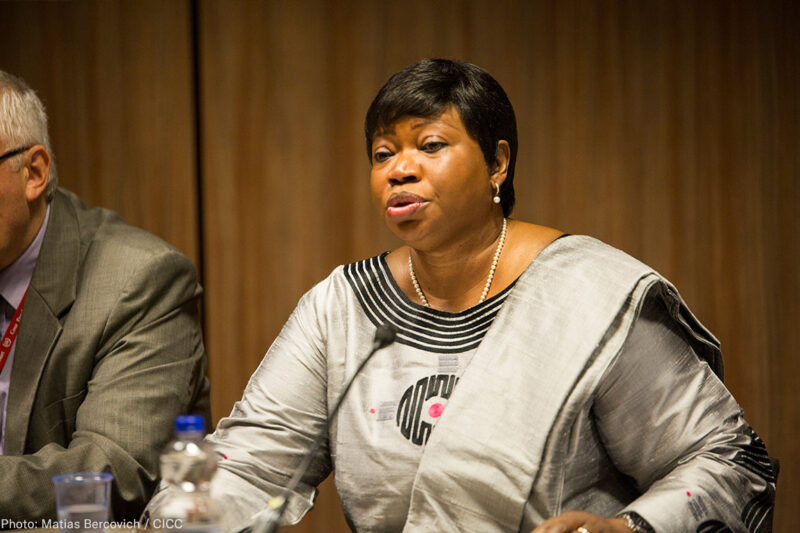 After a decade of collecting evidence, the prosecutor for the International Criminal Court announced last week that she will take steps toward a full investigation into possible war crimes and crimes against humanity committed over the course of the armed conflict in Afghanistan since May 2003. While the process could take years, this development means that, for the first time, U.S. officials could face the specter of indictment by the international court.

An ICC investigation would face myriad hurdles, especially given the likely refusal of the U.S. government to cooperate. However, if arrest warrants are one day issued, the officials would be subject to immediate arrest in the 124 countries that are participants in the ICC, including every country in the European Union (but not the United States which is not a member of the court).

This dramatic development would have been unnecessary — and avoided — if the United States had fully investigated, prosecuted, and punished instances of torture, as international law requires, and as the ACLU and other groups have been calling on the federal government to do for years. Instead, the Obama administration opened two narrow investigations and closed both without charging anyone. The International Criminal Court can only become involved when domestic systems fail to conduct genuine and credible investigations into major crimes as outlined by the Rome Statute, which created the international court.

The ICC prosecutor noted in her 2016 report that:

“There is specific information indicating that at least 88 persons in US custody were allegedly tortured. The information available suggests that victims were deliberately subjected to physical and psychological violence, and that crimes were allegedly committed with particular cruelty and in a manner that debased the basic human dignity of the victims. The infliction of “enhanced interrogation techniques,” applied cumulatively and in combination with each other over a prolonged period of time, would have caused serious physical and psychological injury to the victims. Some victims reportedly exhibited psychological and behavioural issues, including hallucinations, paranoia, insomnia, and attempts at self-harm and self-mutilation. The gravity of the alleged crimes is increased by the fact that they were reportedly committed pursuant to plans or policies approved at senior levels of the US government, following careful and extensive deliberations.”

The ICC prosecutor’s request, which is likely to be granted by the court’s Pre-Trial Chamber, would not only set a precedent for holding American actors criminally accountable before an international court for torture committed overseas, but it would give torture victims a voice they don’t otherwise have. The ICC affords victims a unique role to play in legal proceedings, providing them an opportunity to put their views and concerns directly to the judges where their personal interests are affected, normally through a legal representative who operates independently of the prosecution. Although domestic U.S. courts allow torture victims to participate in legal proceedings, mainly as witnesses, they do so at the discretion of a prosecutor. ACLU clients, including Khaled El Masri, Suleiman Salim, and Mohamed Ben Soud — all of whom were detained and tortured in Afghanistan between 2003 and 2008 — would likely qualify, as they have suffered great material, psychological, and physical harm as a direct result of torture and ill-treatment by U.S. agents or contractors in Afghanistan. The same goes for the family of Gul Rahman, who was killed as a result of his torture in Afghanistan.

This comes just months after the ACLU reached a landmark settlement on behalf of victims and survivors of the CIA’s torture program. And we are keeping up the pressure on other international stages, as well: This week, we submitted responses in two cases on behalf of survivors of U.S. torture before the Inter-American Commission on Human Rights. In both instances, the United States government has argued that the IACHR, the foremost human rights body in the Americas, cannot adjudicate violations of the American Declaration of the Rights and Duties of Man, the foremost human rights instrument in the Americas. We are also waiting to hear from the commission on whether it will grant a December hearing for our client, Khaled el-Masri, who was tortured by the CIA and subsequently sued CIA Director George Tenet. Later this month, the ACLU will also participate in a hearing held by the North Carolina Commission of Inquiry on Torture, investigating North Carolina’s role and complicity in the U.S. torture program.

Under a president who has threatened to bring back torture, accountability for these crimes has never been more important for the victims and survivors struggling to rebuild their lives, and for the message it sends to those who would seek to use torture in the future.

Torture is categorically prohibited, including in times of war, and has consequences. The U.S. government might thus far have let its torturers off the hook, but international justice mechanisms will not.