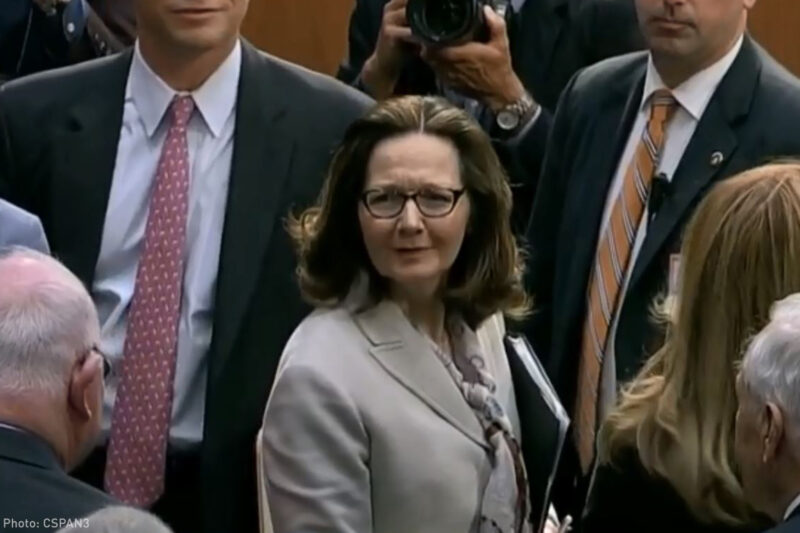 Apparently, the recordings showed the interrogation and torture of not one, but two detainees. Here's more of what we know.

During today’s nomination hearing for Gina Haspel, President Donald Trump’s pick to lead the CIA, Haspel testified about a topic that has rightly generated significant controversy: the destruction of 92 videotapes showing CIA torture.

Sen. Diane Feinstein (D-Calif.), asked a question about the destruction of those tapes, misspeaking when she referred to tapes showing interrogations “of 92 detainees.” Haspel, seemingly determined to correct Feinstein, stated that the tapes “were of only one detainee.”

But the CIA’s own records produced in response to the ACLU’s torture transparency litigation contradict Haspel. According to those records, which include a declaration under oath from then-CIA Director Leon Panetta, the 92 destroyed tapes depicted abuse of two detainees: Abu Zubaydah and Abd al-Rahim al-Nashiri.

One of the documents the CIA produced — with a heading “Inventory and Review of Interrogation Videotapes”— shows that in December 2002, the CIA inventoried tapes created during the interrogations of both Abu Zubaydah and al-Nashiri. According to the inventory, 90 of the videotapes were of one detainee (Detainee #1), referenced sometimes as AZ or Abu Z. Tapes numbered 91 and 92 in that document were under a subheading, “Detainee #2.” Detainee #2 is not identified, but based on the initial description in the document itself, we can presume detainee #2 was al-Nashiri. In any event, it’s clear there were tapes of two detainees.

There’s more. In the lawsuit, Panetta provided a sworn declaration in response to a court order requiring “the Government to compile a list of documents related to the contents of 92 destroyed videotapes of detainee interrogations that occurred between April and December 2002.” The court also ordered the CIA to select a sample of 65 documents for review for potential release. The Panetta declaration attached a log containing descriptions of those sample documents. Most refer to Abu Zubaydah. But three refer to both Abu Zubaydah and al-Nashiri, or al-Nashiri alone (documents number 51, 52, 53). It’s hard to see why Panetta would have included those three documents, which specifically name al-Nashiri, if his abuse wasn’t related to the “contents of the 92 destroyed videotapes.”

That’s not all. The judge in the case, who reviewed the documents himself, made clear in a subsequent opinion that 90 videotapes recorded Abu Zubaydah, two were of sessions with al-Nashiri, and that 92 videotapes were destroyed. And a November 2005 CIA cable confirms that “ALL 92 [REDACTED] VIDEOTAPES WERE DESTROYED.”

There’s still more. The executive summary of the Senate Intelligence Committee’s Torture Report also specifically says that on December 11, 2007, the committee “initiated a review of the destruction of videotapes related to the interrogations of CIA detainees Abu Zubaydah and Abd al-Rahim al-Nashiri after receiving a briefing that day on the matter by CIA Director Michael Hayden.”

This leaves us with a host of questions. Why did Haspel say the tapes were of one detainee? It’s possible she misspoke. But if what she said is true, does that mean multiple CIA records submitted in response to a court order were incorrect? And could that mean that there are still tapes out there depicting al-Nashiri’s torture which Haspel oversaw? If so, has Congress seen them? If not, what happened to them?

Or was she not telling the truth? And if so, what else is she not telling the truth about? There’s already another discrepancy today in accounts about the videotape destruction. There’s no dispute that Haspel was an avid proponent of destruction. In a Propublica account published today, Haspel’s then-boss at the CIA, Jose Rodriguez, says he told Haspel in advance that he intended to destroy the tapes. In her Congressional testimony, Haspel denied that he did so.

Perhaps there’s some other explanation for the detainee videotape discrepancy. And for why Haspel’s account doesn’t square with Rodriguez’s. But unless the CIA releases more information about Haspel’s role — beyond the information serving its propaganda campaign on her behalf — we won’t know.