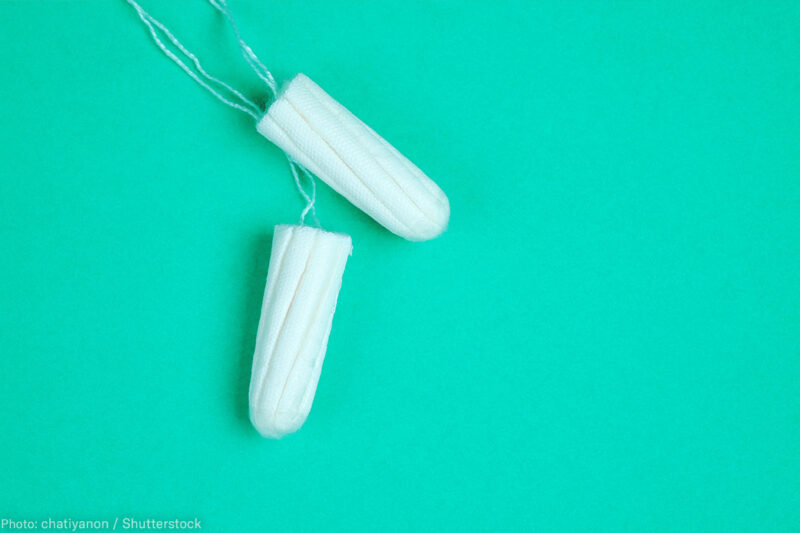 Menstruation is a basic biological fact of everyday life for billions of women and girls across the planet. But for women behind bars, having your period can be a living nightmare. Prisons can make maintaining well-being and dignity a monthly struggle. That’s what’s happening in Arizona, where women receive scant hygiene products at great risk to their health and in violation of their human rights.

Imagine having to plead for each sanitary napkin you need from a corrections officer. Now imagine the officer is male. Now imagine that you have to show your used napkins to him before you can get a fresh one. Women in Arizona prisons don’t have to imagine this. For them it’s a harsh reality.

Women prisoners can even be denied access to tampons because they are an alleged “security risk.” In such cases, female prisoners can work 8-hour days with only a thin pad for protection while wearing their only pair of pants. Prisoners bleed through clothes and are forced to wear them for several days. They are not allowed to shower. For too many incarcerated women, a basic human function has been turned into a monthly violation of basic human rights.

This is certainly true for the ACLU’s clients in the Arizona Department of Corrections, where we represent thousands of women behind bars in a case called Parsons v. Ryan. Our clients tell us that they are only allowed 12 thin pads a month at most, and once those run out, they must ask for more. One of our clients described bleeding for six weeks after a vaginal birth but only being given a half-box of pads. Another client with a history of heavy periods reported that when she woke up with blood-stained clothes and sheets, she had difficulty convincing officers to let her bathe or even wash her bedding. Other clients have reported asking for extra menstrual products and being given only toilet paper. Many are simply denied access to any feminine hygiene products.

It’s a grim scene and hard to believe that women are still being denied basic health and sanitation in 21st century America.

Fortunately, in Arizona, state Rep. Athena Salman is trying to end this abuse and humiliation by introducing a bill that, if passed, will ensure all women in state prisons have access to free, unlimited feminine hygiene products.

Passing the bill at first seemed like it would prove more difficult than reason and humanity would suggest it should be. The bill had a hearing in front of an all-male legislative committee this week, during which the committee chair, Jay Lawrence, expressed his apparent inability to comprehend the seriousness of the issue. He stated, “I’m almost sorry I heard the bill… I didn’t expect to hear pads and tampons and the problems of periods.” Fortunately, not everyone on the Committee was afraid of words like “menstruate,” and the bill passed out of committee 5-4.

As long as women’s menstrual needs are considered a privilege and not a right, and they can be taken away on a whim or used to coerce or humiliate women, the degradation and abuse will continue in prisons, jails, and juvenile detention centers nationwide. Every state and jurisdiction in this country needs menstrual equity laws for women behind bars.