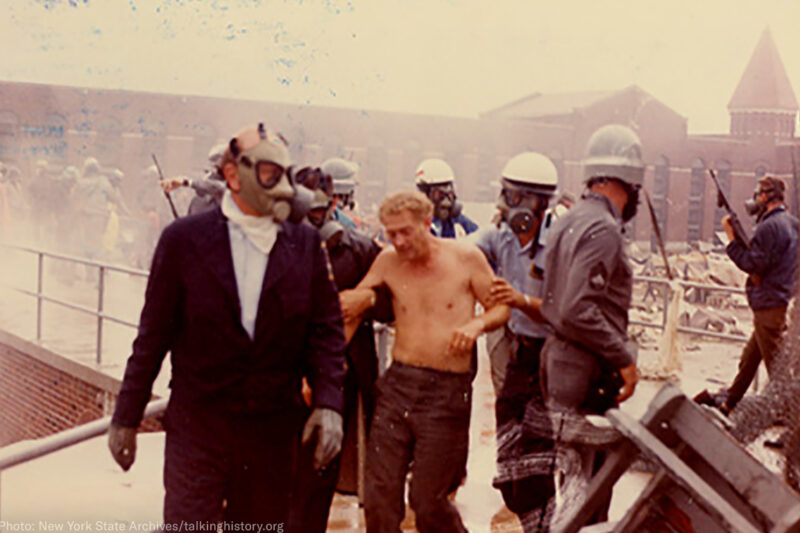 On Sept. 9, 1971, prisoners at Attica Correctional Facility in upstate New York rebelled over extreme crowding, racism, and brutal living conditions. They took control of the prison and sought to negotiate with state officials over their demands. Four days later — and 47 years ago this week — the uprising was crushed in a massive assault by the state police, National Guard, and corrections officers. Forty-three people lost their lives, most of them during the retaking of the prison.

The Attica rebellion and its bloody suppression shocked the nation and world, and shone a much-needed light on the grim reality of American prisons.

Yet there was nothing particularly unusual about conditions at Attica at that time. America’s prisons were hellish by any standard. In its 1972 report, the New York State Special Commission on Attica, which was formed to investigate the rebellion, concluded that “the elements of replication are all around us. Attica is every prison; and every prison is Attica.”

The echoes of Attica can be heard today in the voices of people in prisons struggling against the injustices they experience. So it is no surprise that the organizers of the Nationwide Prison Strike that began on August 21 chose the anniversary of the Attica uprising as the final day of the strike.

The similarities between today’s protests and the demands of the Attica uprising are unmistakable. Then, as now, people in prison demanded decent living conditions. They demanded opportunities for education and rehabilitation. They demanded an end to racial discrimination. They demanded reasonable compensation for their labor. These are hardly radical or utopian ideas.

Attica marked the beginning of the modern prisoners’ rights movement. Just a few months later, in 1972, the ACLU established the National Prison Project with the direct help of attorneys from the Attica legal support team.

While many fights remain, there has been much progress in the struggle for prison reform in the 47 years since Attica. These victories were steered by prisoners’ pleas for justice and demands for their rights.

It is now settled law that prisoners are legally entitled to medical, mental health, and dental care that meets community standards — an idea that was unthinkable a few decades ago. While prison rape used to be something to joke about, Congress passed the Prison Rape Elimination Act in 2003, thanks to relentless pressure from civil rights organizations. Prisons must now show that they’re taking meaningful steps to combat sexual abuse of incarcerated people or lose a portion of their federal funding.

Additionally, in 2000, Congress passed legislation to protect the religious rights of people in prison. And prisons and jails across the country are significantly curtailing their use of solitary confinement, the effects of which can be disastrous for the health and wellbeing of incarcerated people.

But prisoners are striking decades after Attica for a reason. Alongside these advances have been defeats and setbacks. In 1996, Congress passed, and President Clinton, signed the Prison Litigation Reform Act, which establishes an array of burdens and hurdles that apply to prisoners — and only to prisoners — who seek to enforce their rights in federal court. The PLRA provides, for instance, that prisoners can’t recover compensation for “mental or emotional injury” unless they suffer a physical injury as well. The law — which applies to incarcerated people who have been convicted, to pretrial detainees, and to children in juvenile detention facilities — has had a devastating effect on the ability of incarcerated persons to protect their constitutional rights. And, in recent years, the Supreme Court has, with few exceptions, consistently ruled against people in prisons — deciding, for example, that federal prisoners can’t sue private prison companies that injure them.

That the basic and legitimate demands of Attica are still unrealized shows that there’s much work left to do.

In a country with the world’s largest prison population, reforming our prisons in a meaningful way won’t be quick or easy. But the Nationwide Prison Strike has shown us that the hunger for change won’t be snuffed out. Then, as now, people in prison are willing to take significant risks and endure great sacrifices to improve the conditions in which they live.