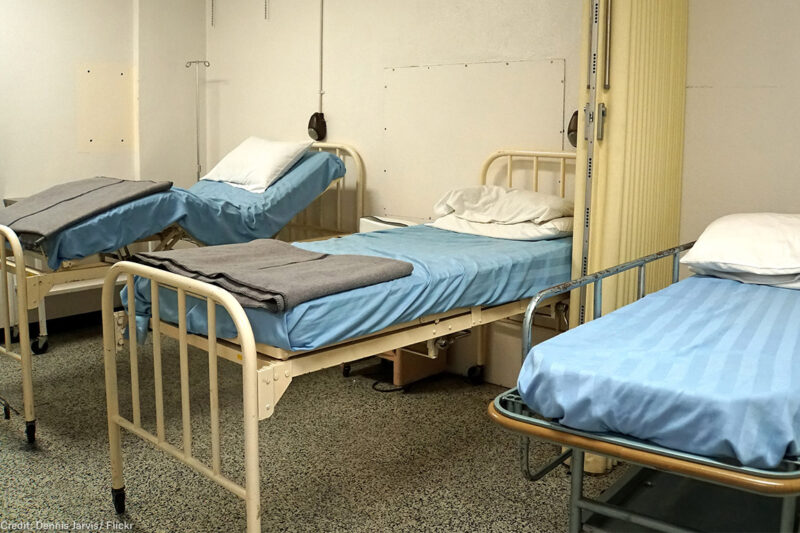 Congress on Thursday passed the Senate version of the First Step Act, which is now headed for signature to President Trump. He is expected to sign it on Friday.

The First Step Act would, in addition to enacting other important criminal justice reforms, prohibit the shackling of pregnant prisoners in federal custody, except in certain cases. This would mark a major milestone in the ongoing battle to end a brutal, inhumane, and unnecessary practice.

Pregnancy in prison is never easy. In addition to the normal joys, pains, and hormonal fluctuations that all pregnant people experience, pregnant prisoners have to worry about unsympathetic correctional officers blocking their access to healthcare, not having necessary accommodations, being left hungry, and even having to give birth in the prison without proper care.

This is a travesty, but one that the First Step Act will help mitigate.

Despite the federal milestone, the practice continues across the country. In addition to the First Step Act, the ACLU has also worked to pass legislation to protect pregnant prisoners in Arizona, Maryland, and Massachusetts, and recently got similar regulations passed in the Virgin Islands.

This surreal reality for pregnant prisoners is largely the result of policies that were written with male prisoners in mind and unthinkingly extended to pregnant people. It is as absurd as it is untenable and damaging. To the extent that prisoners are shackled to prevent violence and escape, these reasons apply with far less force to pregnant prisoners, who are unlikely to attempt to assault someone or to run away.

Furthermore, shackling poses special harms to pregnant people. It can throw them off-balance or prevent them from catching themselves if they fall, potentially harming both the prisoner and the fetus. It can also cause dangerous blood clots.

Shackling during labor and delivery can be even more perilous. Women shackled to their hospital beds during labor may be injured, sometimes severely and permanently, because they are unable to move around as medically necessary while giving birth and cannot be transported immediately in an emergency.

The emotional harms of shackling can be just as scarring as the physical ones.

One woman who was unnecessarily shackled while giving birth described the experience as making her feel like an “animal who needed to be put down.” The fear of harming oneself or one’s unborn child is also deeply damaging, even if the feared harm never materializes.

The Virgin Islands policy has several important components that state policymakers can look to, the most important of which are the requirements that flatly prohibit dangerous leg restraints and waist chains for pregnant prisoners and that mandate extensive documentation of the use of restraints on pregnant prisoners. These measures discourage overuse and provide accountability.

Even once the First Step Act becomes law, there will be much work to be done across the nation. The act itself allows correctional officers to shackle pregnant prisoners if they believe doing so is necessary to prevent serious harm or escape, and many states still allow shackling of prisoners without limits.

Although many advocates and legislators have recognized that shackling is an unreasonable action that endangers pregnant prisoners, women are still being shackled, including while in labor. We must not stop fighting until this barbaric practice ends for good.