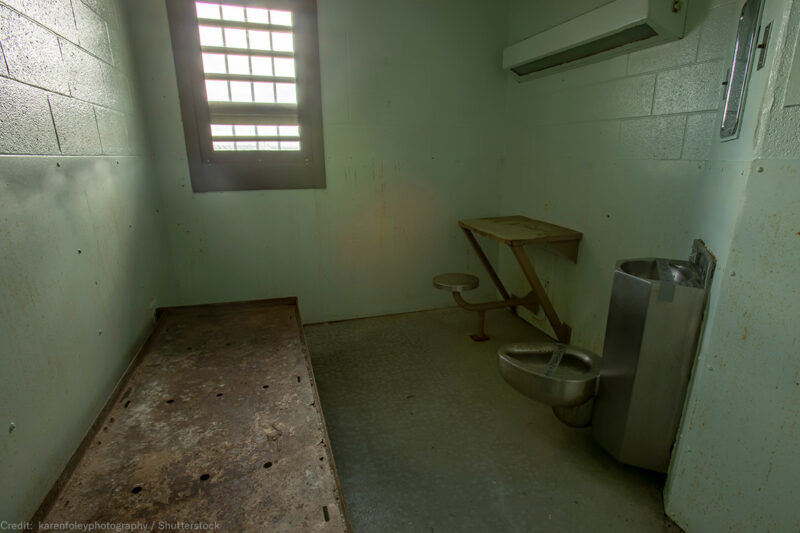 I was just 17 years old when I was sent to solitary confinement in “Camp J,” one of the most severe lockdown units at one of America’s most brutal prisons, the Louisiana State Penitentiary at Angola. I languished in solitary for 16 months.

Back then I didn’t know that Louisiana was the solitary confinement capital of the world. All I knew was that I’d been convicted of a crime I didn’t commit, and I had to maintain my humanity in one of the most dehumanizing places on earth.

It’s called “23 and 1” because you spend 23 hours alone in your cell, with one hour to take a shower or make a phone call, if allowed. There are no educational programs. You are stuck in your cell with just the voices in your own head and the cries of men who have already gone mad. Most of the other people in my unit were suffering from severe mental illness. I remember how they would ram their heads into the bars, play with their own defecation, or throw urine or feces.

The hardest part of living in solitary is trying not to lose hope. Each morning that I woke up in solitary I would quote the same serenity prayer I remember my father reciting when I was young. “God, grant me the serenity to accept the things I cannot change, the courage to change the things I can, and the wisdom to know the difference.”

The consequences are devastating. It’s been 22 years since my time in solitary and 8 years since my release from prison, but I still have flashbacks and nightmares. Even when I’m with someone else, I find myself secluded in my own mind. I call it being psychologically incarcerated. I’m learning to identify and deal with it, but I am still not normal.

A new report from the ACLU of Louisiana, Solitary Watch and the Jesuit Social Research Institute proves that the degrading conditions I experienced continue to harm other people. The report is based on a survey of more than 700 people held in solitary, and as someone who has experienced solitary first-hand, their stories ring painfully true. “These cells drive men mad,” wrote Carl, one of the report’s survey respondents. “I have personally witnessed one man take his life, another tried to by running the length of the tier and smashing his head into the front bars, sadly for him he still lives, if you can really call it that… Point is the cells are killing men and they know it….”

I hope that the information in this report will help prove to corrections officials that more changes are needed throughout the system, not just for the benefit of people living in solitary – but also for their families and communities.

That’s why the United Nations has said that extended solitary confinement can rise to the level of torture, and called on countries around the world to ban the practice beyond 15 days.

Solitary confinement is an experience I will never forget. Just the other morning, my wife told me I was screaming during the night – and I knew it was a nightmare about my time in solitary.

But I’m strong, and through my work with Voice of the Experienced, a grassroots organization founded and run by formerly incarcerated people, I’m blessed to be able to use my experiences to press for reforms to combat mass incarceration and restore the civil rights of those most impacted by the criminal legal system.

For too long, the voices from Louisiana’s solitary cells were silenced. Through this report and the courageous advocacy of other survivors, we can help make sure they are finally heard.