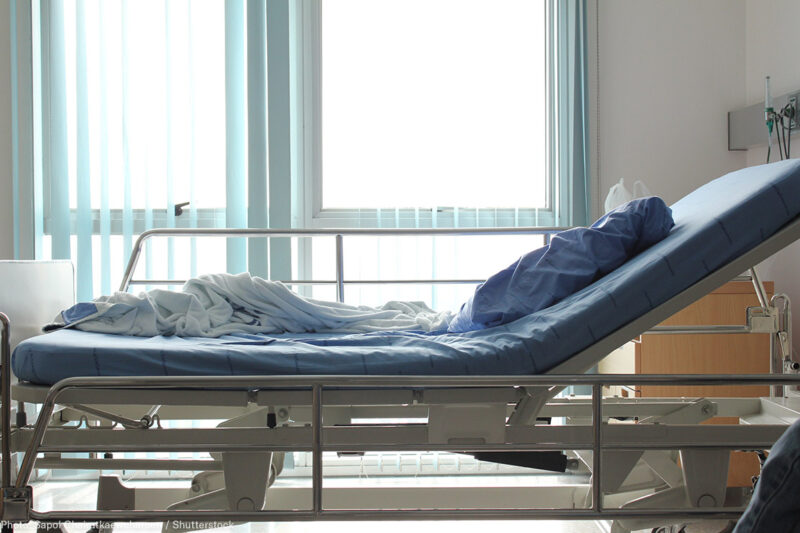 When a woman becomes pregnant, the nature of her health care by necessity becomes tailored to her being pregnant. This is no less true when a pregnant woman is incarcerated. But corrections officials across the nation would often rather ignore the fact and needs of incarcerated pregnant women than address their health care needs or even their basic rights. For example, pregnant prisoners are often shackled during childbirth in this country as well as put in solitary confinement, practices that are as shocking as they are pervasive.

When a woman goes to prison or jail, the criminal justice system is very likely to treat her not as a woman with needs particular to women, but as a smaller, more docile man. And they are treated that way even when they are in a hospital setting. This is flawed, and its consequences are great.

Male prisoners are routinely shackled when taken to a hospital when they are considered a flight risk. The reason this rubric has extended to women is not because anyone has thought about the needs and realities of incarcerated women, but because male prisoners are the baseline for all criminal justice and corrections policies. This one-size-fits-all approach puts women at severe and unnecessary risk.

Fortunately, there is now a bipartisan effort in Congress to begin eliminating dangerous and degrading practices for pregnant women. The Pregnant Women in Custody Act (PWCA) places strict limits on the use of shackles and solitary confinement on pregnant women in federal prison and in the custody of the United States Marshals Service. It also sets forth basic standards for pregnancy care.

Importantly, the bill mandates that the federal government start collecting data on incarcerated women who are pregnant. Because, unbelievably, in a country that lionizes the power of big data for criminal justice, we don’t even know the number of pregnant women in our prisons and jails.

Let’s think again about a pregnant woman as a flight risk similar to that of an incarcerated man at a hospital. Imagine a woman in the midst of childbirth leaping from her bed, running down the hall, and escaping from the hospital — while trying to deliver a baby. Unsurprisingly, there is no recorded incidence of such a thing ever occurring.

Yet in America women are still forced to give birth in chains. Shackling women during childbirth is not only demeaning; it’s dangerous for the mother and the child. That’s why the American Medical Association, the American College of Gynecologists and Obstetricians, and the American Public Health Association have condemned the practice. Still, 24 states and the federal government have no laws that limit the use of shackles on pregnant women prisoners.

Here’s another dirty secret — pregnant women are actually put in solitary confinement. That’s why the fact that the PWCA prevents this barbaric practice on women from the time they are known to be pregnant to the conclusion of postpartum recovery, with a very narrow security exception, is so critical.

It is a popular misconception that solitary confinement is used to house only people in prison who have committed the most grievous crimes or who pose a threat to themselves, other prisoners, or prison staff. The truth is solitary is often used indiscriminately and, worse, specifically on the most vulnerable populations in prison, including pregnant women.

The placement of pregnant women in solitary confinement is harmful and exacerbates the difficulties they already face in trying to get adequate pregnancy care while in prison. Such isolation is also well known to wreak extreme psychological harms on all people.

Pregnancy often carries with it greater risks of stress and depression which can be enormously exacerbated by the psychological impacts of being placed in solitary confinement. Such stress on a pregnant woman may result in grave harms to a woman and her fetus, including miscarriage, heightened risk of infection, preterm labor, and low birth weight.

I’ve been to solitary confinement units where women are held. I’ve seen psychotic women rocking back and forth in their cells, women talking to imaginary friends, and obviously pregnant women terrified they’ll give birth alone in a cell. I once asked a corrections official who claimed he was reforming the practice of solitary confinement across his system why he had no reform plans for the women’s unit. He looked surprised and told me he had just forgotten about the women.

And, in just a few short words, the need for the Pregnant Women in Custody Act becomes crystal clear.