Obama! There is No Time to Lose, Let’s End Solitary Confinement Once and For All 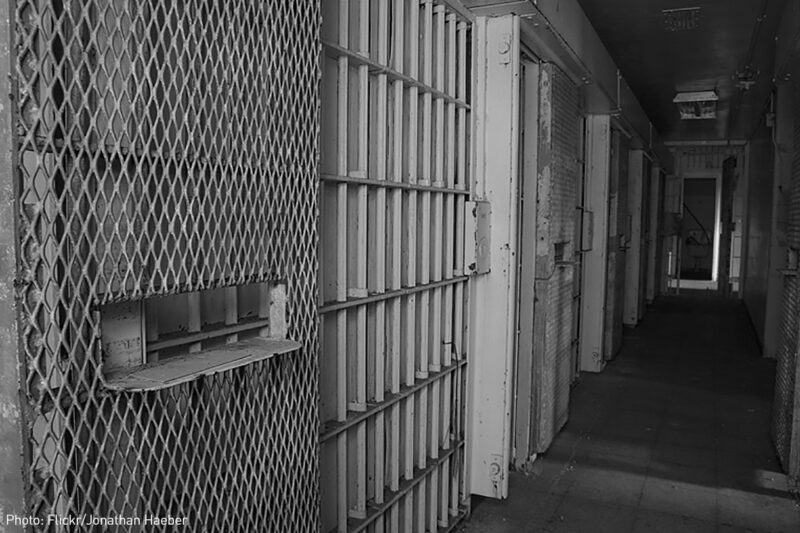 Most Americans have never seen what solitary confinement looks, feels, sounds, and smells like, but I’m a lawyer for the ACLU who represents thousands of men, women and children held in solitary confinement every day. I go to solitary to try to protect people’s rights and keep them from harm. But the truth is I can’t prevent the harm because solitary hurts people; crushes the human spirit; and forces many to suicide and self-mutilation.

Every time I enter a solitary unit, the despair is palpable. But a few weeks ago in Arizona I met a client, let’s call him “Jose,” who surprised me. Many of the men in solitary I met that day didn’t know what date it was, how long they’d been there, when or if they would ever get out. Some clearly hadn’t washed; some were obsessively pacing their cells or cleaning their floors; some were just curled up on their cots staring at nothing. Usually in these cells, normal conversation is impossible– the door is solid steel and you have to shout to be heard. But Jose walked right up to his cell door, motioning me to come to his small window.

As I approached, Jose got right to the point: “Is it true Obama visited a prison? Is it true he called out solitary confinement?”

When a President speaks, everyone listens—even prisoners trapped in the most brutal solitary confinement units in America. In July, President Obama became the first president to visit a U.S. prison and to question the use of solitary. At an NAACP conference, he asked, “Do we really think it makes sense to lock so many people alone in tiny cells for 23 hours a day, sometimes for months or even years at a time?” He then announced he was ordering the Justice Department to review the use of solitary confinement in prisons and jails across the country.

Today, over a hundred civil and human rights organizations, religious organizations, criminal justice organizations, and mental health professionals from around the country sent a letter to President Obama to applaud his historic remarks recognizing that solitary confinement does nothing to rehabilitate those who are incarcerated. He also announced that the U.S. Attorney General will conduct a national review of the practice. The letter urges immediate, forceful action – especially given the few months left to Obama’s Presidency.

So, instead of summarizing the harms we already know, organizations around the country are asking the President to put forward recommendations that create a clear pathway toward the elimination of long-term and indefinite isolation in the United States. Right now the use of solitary confinement is systematic and widespread in our criminal justice system. Over 80,000 people are held in solitary confinement in federal and state prisons, and this number does not even include the thousands more in jails, juvenile facilities, immigration detention centers, and military prisons. Right now America is simply addicted to the use of this inhumane practice.

In order to break this addiction we need a sustained national effort to create more humane and effective alternatives.

The good news is that states and jurisdictions across the country are implementing policy changes that focus on alternatives to solitary confinement. Some have abolished the practice for persons under the age of 18, pregnant women, and for persons with mental illness. Several states are also considering legislative proposals that embrace the recommendations of the United Nations Special Rapporteur on Torture, which include prohibiting placement in solitary confinement beyond 15 consecutive days. But much more is needed.

Today, we call on President Obama to ensure that his historic solitary confinement review makes supporting and incentivizing reforms across the country –and in the federal Bureau of Prisons—an explicit goal and urgent priority.

As Jose told me, “Solitary is hurting us, Miss.” We hope Obama hears the message.