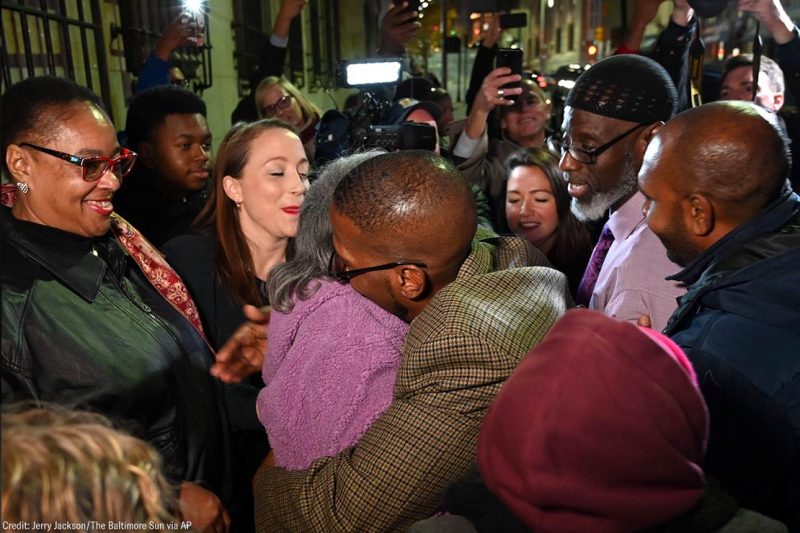 The court-ordered victory shows that decarceration is not only possible going forward, it’s critically important.

Last week, a state court judge in Orange County, California, declared the end of a landmark lawsuit called Campbell v. Barnes. The suit was filed last summer at the height of the pandemic and sought the release of people in the county’s jails due to the unsanitary and crowded conditions, which put incarcerated people and staff at serious risk of COVID-19.

The case is over, because the court found that Orange County Sheriff Don Barnes had substantially complied with a December order that we won after a series of hard-fought proceedings. The order told Sheriff Barnes to reduce the jail population by 50 percent in all congregate living areas. In the order, the judge correctly asserted that people living in those areas couldn’t safely socially distance from one another. The court also ordered Barnes to continue to take all necessary measures to ensure social distancing “until the current COVID-19 emergency is declared terminated.” This was one of the strongest court orders in the nation against a jail, prison, or immigration detention center during the pandemic.

When the state first ordered the reduction, Sheriff Barnes and other elected officials did the rounds on TV denouncing the judge’s order and threatening that mayhem would ensue in Orange County, and result in a wave of lawlessness and re-arrests. But that simply didn’t happen. The measures that were used to reduce the jail population were shown to be safe both in terms of public health and public safety.

When the ACLU and our partners filed the case last summer, more than 5,000 people were held in the massive jail system in a mixture of cells and large barracks-like dormitories where the virus easily spread like wildfire. But due to a combination of the court’s order requiring the jail to reduce the population density, local police issuing citations in lieu of arrests for low-level or non-violent offenses, fewer people incarcerated in the jail due to poverty and inability to pay bail, and early releases and time credits for people with limited time left to serve on jail sentences, the population of the Orange County Jails reached a historic 10-year low.

Epidemiological studies of urban jails found that a 10 percent reduction in a jail population was associated with a 56 percent decrease in transmission of the virus, leading the scientists to conclude that decarceration should be “a primary strategy for COVID-19 mitigation in jails.” Moreover, while homicides have increased across the country in the past year, there is little evidence that people on release are behind these crimes, and the number of people accused of shootings or homicides are a fraction of the jail population. Overall crime, including violent crime, remains at historic lows.

Indeed, as the Orange County reduction order comes to an end at the hoped-for waning of the pandemic, the court-ordered reductions show that mass incarceration — with its tremendous societal and monetary costs — is not only unnecessary, but also horrifically damaging, especially to people of color and low-income communities. This is true not only in Orange County, but in jails and prisons across the country. And it’s true with or without a pandemic.

For over a year, the COVID-19 crisis has posed an urgent and imminent threat to incarcerated people who cannot socially distance or protect themselves from the virus through prescribed mitigation measures. Across the country, in response — albeit not to the degree needed to truly ensure public safety — criminal legal systems rethought their practices and departed from the status quo.

As the case ends and the pandemic begins to wane, it is critical that our policing, jail admissions, and prison sentencing systems do not return to business as usual — both in Orange County and in communities across the U.S. We must end our addiction to the criminalization of poverty, mass incarceration, and endless construction of jails and prisons to lock up more people, disproportionately people of color. And we must ensure that people who must remain incarcerated have access to vaccines, as well as other conditions that support their health, safety, and dignity.

COVID-19 showed us that we are able to change even our most ingrained habits and behaviors quickly when the need is urgent. But for communities targeted by law enforcement and incarcerated by the millions, the need is still urgent. Our mass incarceration crisis has been destroying our communities for decades, but the pandemic made its depravity and senselessness impossible to ignore. We are faced with an opportunity and a mandate: We must apply the same urgency to ending our mass incarceration crisis that we applied to keeping ourselves and our loved ones safe during the last year.