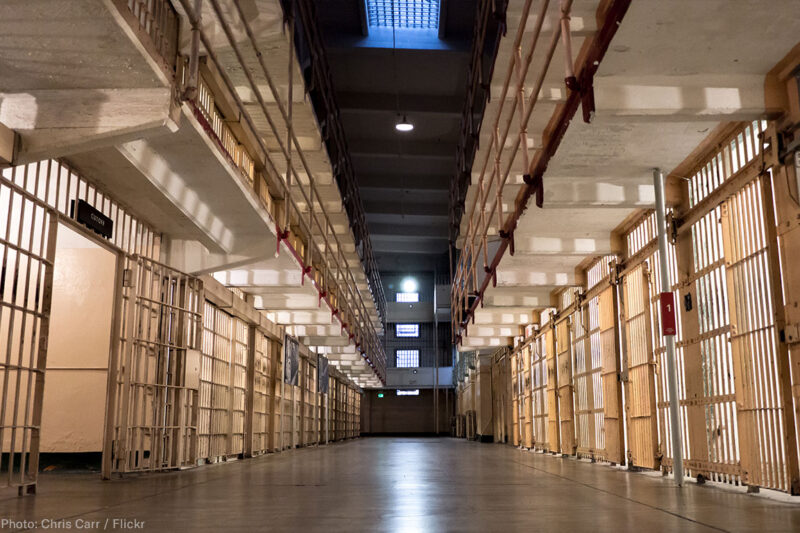 In 2016, after overdosing three times in less than 48 hours, he was scared for his life and committed to recovery. That’s when his physician prescribed methadone, a prescription medication approved by the FDA for treatment of opioid use disorder.

For nearly two years, Geoffrey has invested in his recovery, rededicated himself to his young son, rebuilt his relationships with his parents, and found a job that he loves. While he also participates in counseling and therapy, he credits his recovery to his medication-assisted treatment (MAT).

Geoffrey generally relies on his parents to drive him to the clinic where he receives the treatment. But on July 19, his mother was unexpectedly unavailable to drive him, and in fear of a relapse, he drove himself. He was pulled over and charged with driving with a revoked or suspended license.

He currently faces imprisonment at the Middleton House of Correction in Massachusetts, where his medication will not be made available to him. In fact, the Essex County jail denies MAT to prisoners diagnosed with opioid use disorder, including those who arrive with a prescription for such medication and are already in sustained recovery as a result — like Geoffrey.

People with opioid use disorder who are denied their medication suffer painful withdrawal. It disrupts their treatment plan, leading to a sevenfold decrease in continued treatment after release. It increases the risk of relapse into active addiction: Over 82 percent of patients who leave methadone treatment relapse within a year. And, most alarming, patients are more likely to suffer from overdose and potential death as a consequence of forced withdrawal.

For Geoffrey, these aren’t just abstract numbers: His former roommate was sentenced to the Middleton House of Correction for six months. He overdosed and died within weeks of his release.

Geoffrey is a plaintiff in a lawsuit filed last week by the ACLU of Massachusetts. It challenges the policy and practice of denying MAT to incarcerated people who are diagnosed with opioid use disorder, and asks the federal court to require correctional authorities to provide Geoffrey’s prescribed medication for continued treatment. We’re proud to join other ACLU affiliates in Maine and Washington, who have filed similar lawsuits, in the fight for ensuring adequate medical care for incarcerated people like Geoffrey.

Denying adequate medical care to incarcerated people violates the Eighth Amendment of the U.S. Constitution, which prohibits cruel and unusual punishment. Similarly, the practice violates the Americans with Disabilities Act, which prohibits the disparate treatment of people in substance abuse recovery programs.

Despite the overwhelming medical evidence supporting MAT as the standard care for opioid use disorder, it is not currently available to the vast majority of incarcerated patients suffering from opioid addiction in Massachusetts. The treatment is only available to people incarcerated at two detention facilities in Massachusetts. After the initial implementation of MAT at a jail in Franklin County, the county saw a 35 percent drop in opioid overdose deaths. Based in part on these results, the Massachusetts legislature recently passed legislation to create a pilot program at five county jails, where people who had a prescription before being arrested will continue to be provided their medications during their incarceration.

But that won’t help Geoffrey anytime soon: The Middleton House of Correction is not included in the pilot program, and the legislation doesn’t require implementation of the pilot program before September 2019.

In the midst of an opioid crisis that has claimed an increasing number of lives in Massachusetts, the Commonwealth should do everything it can to support people in their efforts to overcome addiction — not obstruct them.