The Use of Solitary Confinement in Virginia Is Inhumane and Unlawful 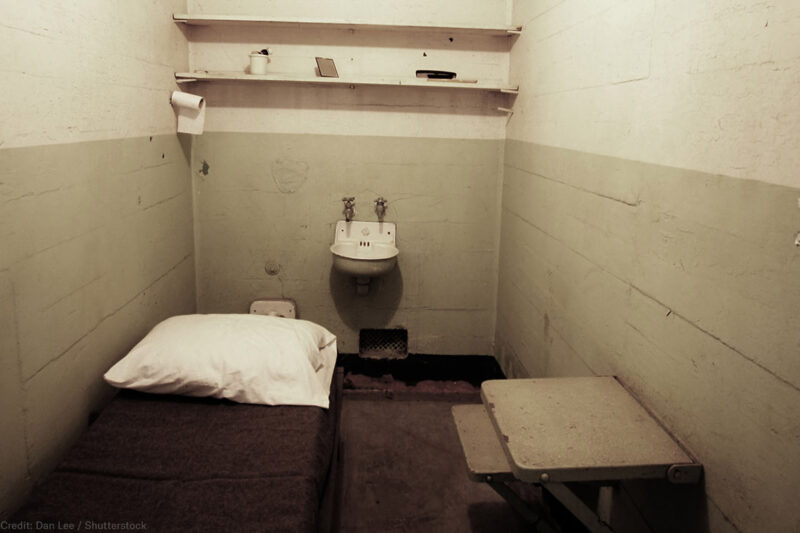 William Thorpe has spent nearly 24 straight years in solitary confinement in Virginia prisons stuck in a cell about half of the size of a parking space for more than 22 hours a day, every day, with no outside light and almost no human contact.

In his nearly two and a half decades in solitary, Thorpe has seen changes in leadership at the Virginia Department of Corrections (VDOC) and attempts to reform how solitary confinement is used in our state prisons.

The most recent, change to VDOC’s solitary practices was creation in 2011 of its so-called Segregation Reduction Step-Down Program. This program is a behavior modification system VDOC officials have repeatedly touted as an evidence-based approach to corrections that provides a pathway out of solitary for those who follow the program’s rules. But for Thorpe and others, there is nothing new or special about the program. Instead, it’s a resurrection of a failed strategy that was discredited and discarded 35 years ago at another now-closed Virginia prison. Built in 1977, the Mecklenburg Correctional Center was a maximum-security prison supposedly built to house the most dangerous, disruptive people held in solitary confinement by VDOC under close supervision with minimal privileges.

But when it came time to fill the prison’s 360 beds, VDOC found there weren’t enough people in Virginia who were such a security risk that they needed the kind of restrictive supervision Mecklenburg provided.

A 1984 state Board of Corrections investigation revealed VDOC had solved the problem by filling Mecklenburg’s many empty beds using relaxed, inconsistent criteria. VDOC officials even had cold-called other Virginia prisons seeking referrals to keep Mecklenburg full so they could justify its massive operating costs.

Once at Mecklenburg, prisoners were assigned to one of two very restrictive solitary confinement settings. One, the Special Management Unit (“SMU”), was for very disruptive people who likely would remain in solitary confinement permanently. The other was the “Phase Program,” which in theory allowed some people the chance to progress through “phases,” earning privileges at each, and eventually earn their way to general prison population.

In practice, however, the Phase Program failed to fulfill its rehabilitative mission. Staff had wide discretion to revoke privileges if a prisoner failed to comply with any of two behavioral categories, leading one expert engaged by the Board of Corrections to wonder “whether it is better not to attempt the Phase Program at all than to do it wrong.”

As a result of a class-action lawsuit brought in 1981 by the ACLU’s National Prison Project, VDOC agreed in 1985 to end the SMU and the Phase Program, and not reinstate similar programs in the future. The lawsuit alleged unconstitutional conditions at Mecklenburg that the Phase Program worsened by allowing arbitrary, indefinite placement of people in solitary.

Instead of keeping its word to the court and eliminating the Phase Program for good, VDOC built two massive new super maximum-security prisons in the late 1990s – Red Onion and Wallens Ridge, both located in Southwest Virginia, where recent coal mine closures had left thousands jobless – and started again.

At these prisons, VDOC doubled down on the same flawed, unconstitutional practices it had used at Mecklenburg.

Red Onion and Wallens Ridge were built to hold more than 2,000 people, far surpassing Virginia’s need for maximum security beds. As it had done with Mecklenburg, VDOC filled those beds by relaxing the criteria by which people could get placed in solitary confinement, and seeking out new prisoners – this time through interstate compacts with other jurisdictions – to assign to Red Onion and Wallens Ridge.

In 2011, VDOC started the so-called Step-Down Program, which is disturbingly similar in purpose and practice to the old Phase Program, and is yielding similar results: An endless maze of classifications, vague and confusing processes, and highly subjective decision-making authority granted to VDOC staff effectively make it impossible for many people to be released from solitary, ever.

Today, the ACLU of Virginia and global law firm White & Case LLP, filed a class-action lawsuit in the U.S. District Court of the Eastern District of Virginia on behalf of Thorpe and other people who have been held in solitary confinement at Red Onion and Wallens Ridge.

The lawsuit alleges the Step-Down Program has been used in much the same way as the failed Phase Program: to fill underused prisons and justify the exorbitant costs of keeping them open. Although numerous studies have shown solitary can cause psychological and physical damage in as few as 10 days, VDOC has remained deliberately indifferent to the permanent harm it is inflicting. The ACLU of Virginia’s report on solitary confinement in our state prisons – Silent Injustice – shed much light on the human toll of this practice.

VDOC’s use of solitary has been carried out with blatant disregard for the Mecklenburg settlement agreement, violating a variety of constitutional and statutory rights of incarcerated people at Red Onion and Wallens Ridge. This includes their right to due process, equal protection, and to be free from cruel and unusual punishment, as well as their right to accommodations under federal disability statutes.

On behalf of William Thorpe and every person VDOC has harmed in this way, we have sued to end the Step-Down Program and close the solitary units at Red Onion and Wallens Ridge. VDOC must be held accountable and forced to stop enacting these inhumane practices.