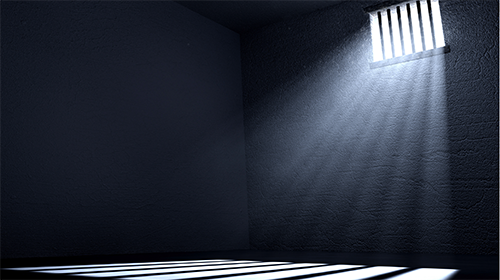 Last week I was in Vienna, representing the ACLU at the United Nations Commission on Crime Prevention and Criminal Justice. Meetings of the Crime Commission, as it’s informally known, are sometimes contentious. But the commission’s closing session on Friday afternoon was anything but. Instead, the delegates erupted in thunderous applause as the Mandela Rules on the treatment of prisoners were approved by acclamation — the culmination of years of work by the ACLU and many others.

The Mandela Rules — named in honor of the late South African President Nelson Mandela, who was imprisoned for 27 years by the country’s apartheid regime — are the revised United Nations Standard Minimum Rules for the Treatment of Prisoners, or SMRs. The SMRs are the leading international body of principles on the treatment of prisoners, but they were drafted in 1955 and were badly in need of updating.

The Mandela Rules include other important revisions addressing the treatment of women and persons with disabilities. The provisions regarding health care are strengthened, and significant safeguards on the use of restraints have been added.

Finally, the resolution approving the Mandela Rules calls for July 18 – the global icon’s birthday – to be known as Mandela Prisoner Rights Day, which will promote humane conditions of confinement and raise awareness of prisoners as a continuing part of society.

One notable feature of this year’s Crime Commission was the positive role played by the United States. The U.S. delegation strongly supported adopting the rules and naming them in honor of Nelson Mandela, whom it called “one of the greatest defenders of human rights and dignity in recent history.” It resisted attempts to reopen the text of the Mandela Rules that had been agreed to in Cape Town earlier this year, and it fought back against efforts to insert language that would allow countries to disregard certain rules for cultural and religious reasons.

Perhaps most important, the U.S. delegation included the corrections directors from Washington and Colorado, two states that have significantly reduced solitary confinement and pioneered other progressive reforms. The two directors described their work at a panel discussion sponsored by the United States, and the duo played a key role in negotiations leading to adoption of the Mandela Rules.

It is important to remember that the outcome is a compromise that was reached after a lengthy intergovernmental process and extensive negotiations, which often attempted to water down progressive revisions. That said, civil society groups as well as independent experts like the UN Special Rapporteur on Torture played a significant role in guiding the process and advocating for progressive human rights-based revisions.

Our work isn’t over yet.

The Mandela Rules still need to be approved by the U.N. General Assembly this fall, although approval is overwhelmingly likely. Unlike a treaty, the rules aren’t binding, although they represent a powerful global consensus on minimum standards. The real work — ensuring that the Mandela Rules make a difference in the lives of the millions of prisoners throughout the world — begins now. But the unanimous adoption of the Mandela Rules in Vienna last week was an indispensable first step, and a positive development for prisoners’ rights everywhere.