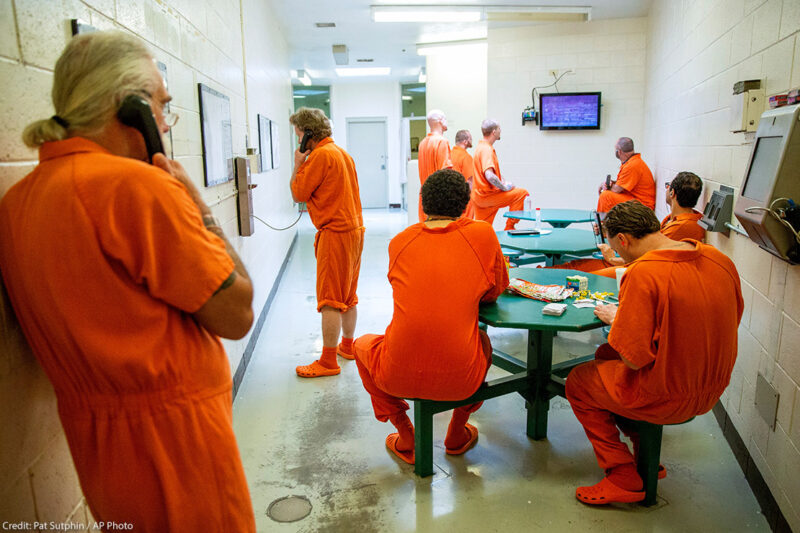 Earlier this month, the Prison Law Office and the ACLU National Prison Project filed an emergency motion in federal court in Phoenix. The motion asks the judge to order the Arizona Department of Corrections (ADC) to consult with a correctional health care expert to develop a plan to prevent, manage, and treat any COVID-19 outbreaks in the state’s 10 prisons. You might think this is an obvious request, but we’ve spent the last decade observing the Arizona prison system — its conditions are wholly inadequate during normal circumstances and, during a crisis, the conditions are deadly.

The emergency motion had two additional requests: that any COVID-19 plan include steps to reduce the prison population, and that the federal court order the state to suspend all policies that interfere with slowing the spread of and treating the virus. Those policies include the requirement that incarcerated people pay for soap and hygiene supplies, co-pays for all requests for medical care, as well as the prohibition of the use of alcohol-based hand sanitizers in the prisons. Given what we know about the severity of this pandemic, the ways in which it spreads, and the heightened risk level for incarcerated people and staff who work at prisons, these are critical and urgent steps which must be taken immediately.

The motion was filed in the long-running case of Parsons v. Shinn, which challenges the inadequate health care and excessive use of solitary confinement in the Arizona state prison system. The case was settled five years ago — with a settlement that was meant to protect the rights and health of incarcerated people — but ADC has not lived up to its requirements. In June 2018, the district court found ADC in contempt of court and fined the state more than $1.4 million for numerous violations. The Ninth Circuit unanimously upheld that ruling in January of this year.

We filed our current emergency motion after a few other attorneys and I visited the Arizona State Prison Complex in Florence on March 11th and 12th, where we spoke with hundreds of incarcerated people and met with facility health care staff and ADC leadership. Critically, the leadership told us that they did not have a plan in place to detect, prevent, treat, or manage an outbreak of COVID-19.

During the visit we toured crowded, filthy, and unventilated dorms, tents, and Quonset huts that housed elderly, frail men with chronic health conditions and multiple disabilities. Immediately after the tour, the attorneys sent a letter to ADC demanding an immediate review of these conditions and notifying them that we would be turning to the court to intervene.

I visited the Florence prison’s infirmary and special medical housing units. The medical housing unit was really just one big room with 15 to 20 beds side by side, only a few feet apart from one another. Many of the men in the units were bed-ridden, or incontinent. One told me that he hoped that when COVID-19 came to the unit, it would kill him quickly because “I don’t want to live like this.” A different patient with stage IV cirrhosis said, “If the coronavirus comes in here, we’re all dead.”

I spoke to a profoundly immunocompromised man in the infirmary who has leukemia, just finished chemotherapy, has to use soap and towels to clean his cell, and has not been provided any education from staff about COVID-19. He expressed to me his concerns and fears that after years of fighting cancer, he would be killed by this viral infection. In a different medical housing unit, none of the men I spoke to knew anything about COVID-19, other than to express their resignation and — in some cases, hope — that they would be dead soon.

I toured another unit of the Florence prison that consists of numerous Quonset huts that have been modified to house about 12 people per hut. These huts are stuffy, dimly lit, and numerous elderly men who have serious medical problems or physical disabilities are incarcerated in them. People reported that they had to use their personal supplies of soap and shampoo to attempt to disinfect their living areas, and that they had received no education or information about COVID-19, including the symptoms or how to prevent transmission of the disease.

ADC’s failure to address COVID-19 not only jeopardizes the lives of the people incarcerated in its prisons, but also threatens the community at large, as thousands of correctional, health care, and other staff interact with the incarcerated population every day, and then return to their homes and communities.

As I write this, we have learned that ADC just announced it will lift the four-dollar charge for requesting health care by people who have cold and flu symptoms, and it will temporarily lift the charge for soap. This is a step in the right direction, but it is not nearly enough.

It is imperative that the leaders of ADC and prisons across the nation are proactively putting plans in place to prepare for COVID-19 outbreaks, which public health experts have repeatedly warned will be highly dangerous to incarcerated people, staff that work at the facilities, and the communities they’re a part of. The ACLU has shared guidance for what such a plan should look like. If further actions are not taken, the Prison Law Office and the ACLU will be watching.