What Will Be the Next Step Forward in the Movement to Ban Solitary Confinement in the U.S.? 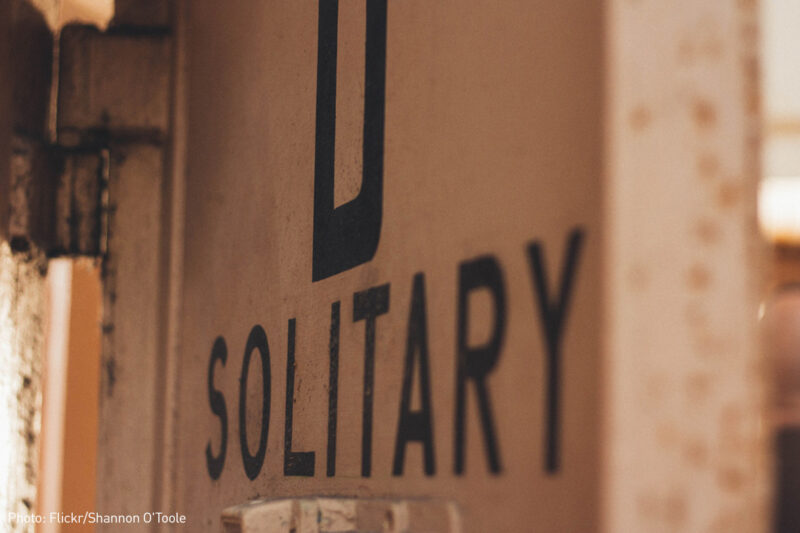 With major victories coming out of both California and New York this year, a paradigm shift is taking hold in the U.S. on the use of solitary confinement. We’re likely to see more big landmarks in the months ahead, Consider the case of Albert Woodfox, the last of the Angola 3, who has spent more than 40 years in solitary in Louisiana State Penitentiary: he is awaiting a decision from a federal appeals court as to whether he should be allowed the unconditional release granted him by a U.S. district judge this summer. This follows decades of litigation, including a due-process challenge to his solitary confinement.

Or maybe a federal court decision in South Carolina, where Lumumba Incumaa argues that he is being denied due process after spending 20 years in solitary despite never having a disciplinary infraction in all that time. A panel of the U.S. Court of Appeals for the 4th Circuit recently held that Incumaa is entitled to a trial to determine whether the corrections department’s process for deciding which prisoners must stay in long-term solitary meets minimum requirements of procedural due process.

Or maybe the Supreme Court will decide to hear a case out of Virginia. Alfredo Prieto has petitioned the high court to rule on the denial of his due-process challenge to Virginia’s policy of permanently assigning death-sentenced prisoners to solitary confinement. Five other Virginia death row prisoners have brought a challenge to the policy on 8th Amendment grounds.

Or the next big development could be from voluntary policy changes by top prison officials. In 2013, Colorado voluntary ended its policy of housing prisoners with severe mental illnesses in long-term solitary confinement. And last year, it limited the duration of solitary to 12 months. Washington State prison officials recently cut the number of its prisoners in solitary by almost 50 percent, by developing special housing for mentally ill prisoners and creating a program to train guards to handle gang members to prevent violence.

It would be a huge mistake to think we can now coast to victory.

There are still tens of thousands of people in solitary in the U.S. Despite President Obama’s recent call for solitary reform, his administration is getting ready to open a new $200 million Supermax prison in Illinois in 2016 — doubling the number of federal prisoners held in extreme isolation. We will have to keep up unrelenting pressure to advance the gathering national momentum to stop solitary, so that this historic opening isn’t squandered.